Sea kayaking with dolphins at the Mull of Oa 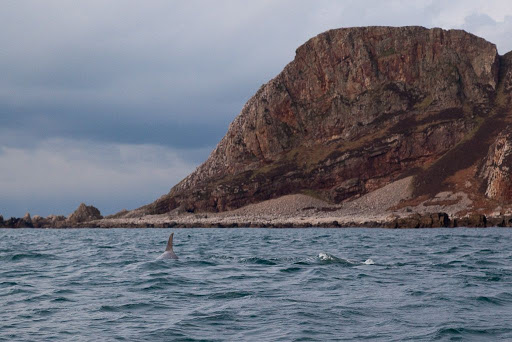 Beneath the great rock fin of Sgeirean Bhuidhe at the Mull of Oa, a dorsal fin broke the surface of the sea. 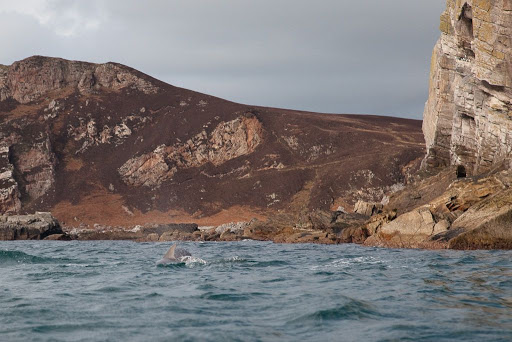 In this wild place we were the sole witnesses... 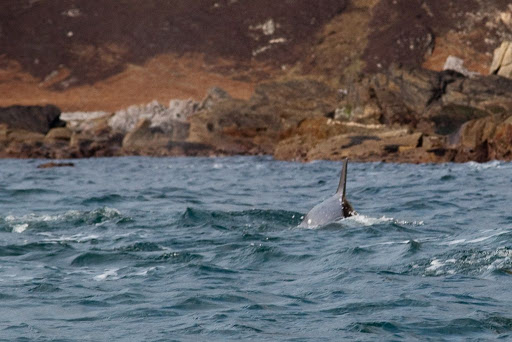 ...of an amazing display by a pair of bottlenose dolphins. 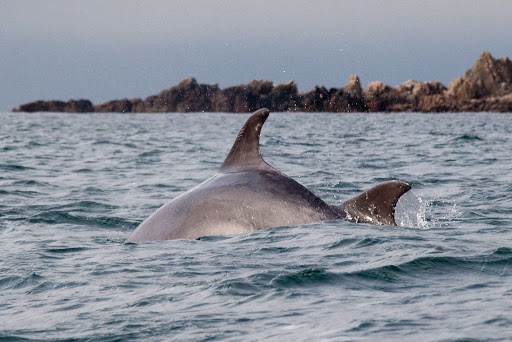 Sadly both were scarred... 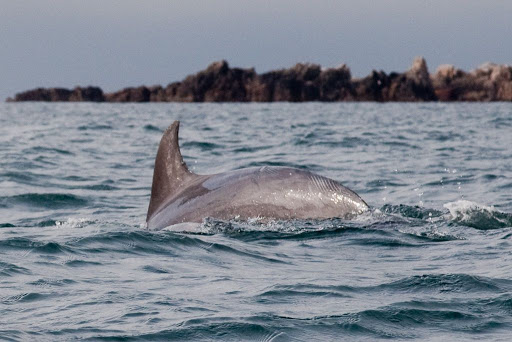 ...by small high rpm propellers. I have reported this siting to the Hebridean Whale and Dolphin Trust. I hope they will be able to identify these individuals. 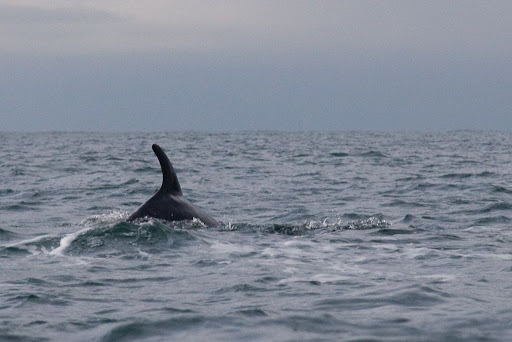 Their past experience did not put them off entertaining us. 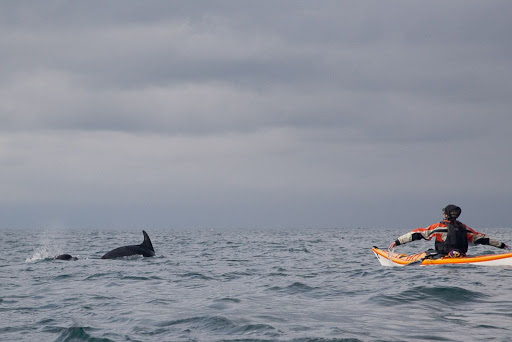 Their party trick was bring up rocks with kelp roots in their beaks... 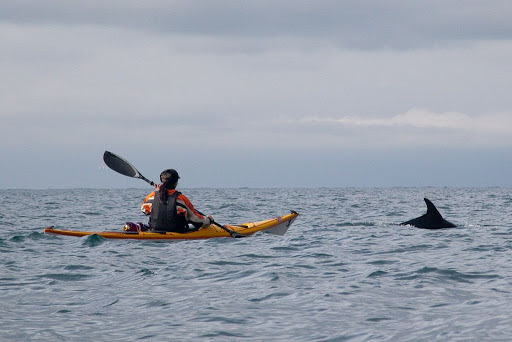 ...tossing them in the air then whacking them with their tails. 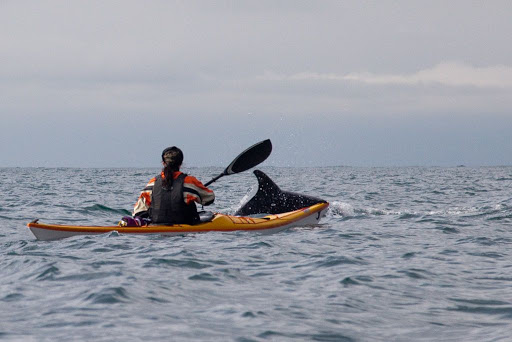 They dived beneath each of us in turn and they surfaced so close that we could have touched them. Clearly they were very curious about sea kayaks. I don't suppose they see much mid week winter sea kayaking in these parts! I am pretty sure that we have seen these particular dolphins before, off the southern end of Shuna and to the east of Cara. 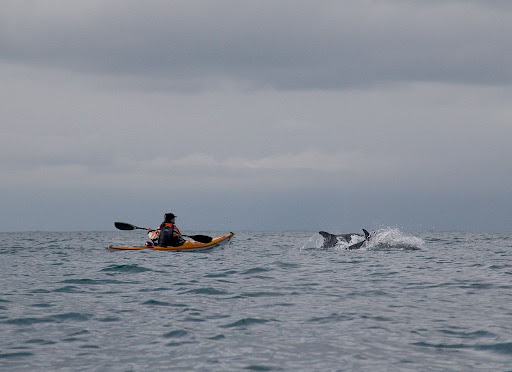 PS there are more dolphin photos over on Misha Somerville's blog. In one of Misha's photos there are three dolphins though I thought there were only two!
Posted by Douglas Wilcox at 9:20 am