We left the wide strand of Kilbride Bay and paddled round the Ardlamont coast and through the...

...reefs that connect the island of Sgat Beag to the mainland. 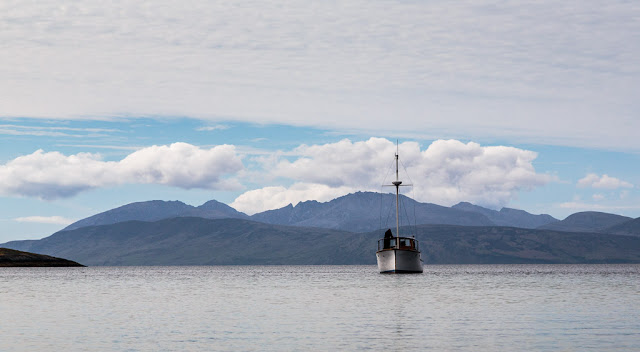 We then arrived in beautiful Asgog Bay where we passed an old motor cruiser. Her skipper was making good use of the fine weather and varnishing her wooden topsides. 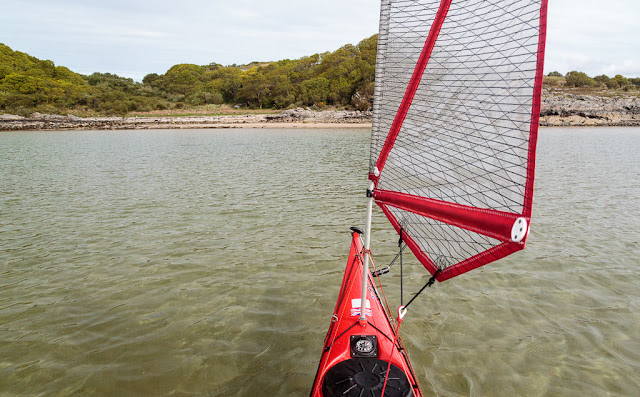 Unfortunately the tide was ebbing fast and the tide goes out a long way in Asgog Bay. With loaded boats it would have been hard work carrying them back over the near level sands so we went on... 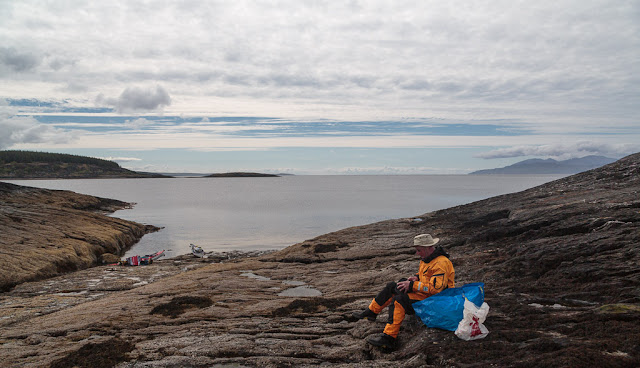 ...and stopped for first luncheon at a rock inlet at the mouth of the bay. 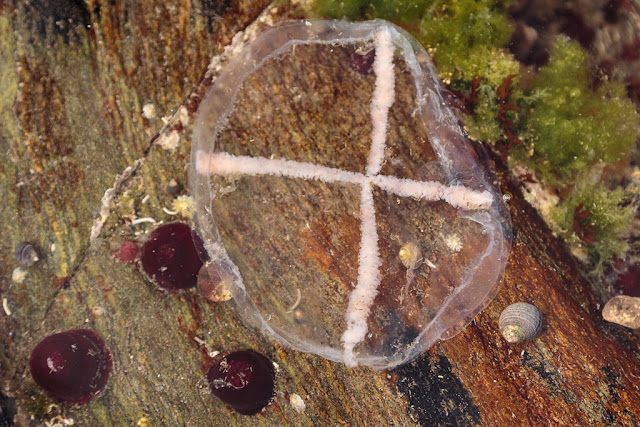 The rock pools were filled with interest... 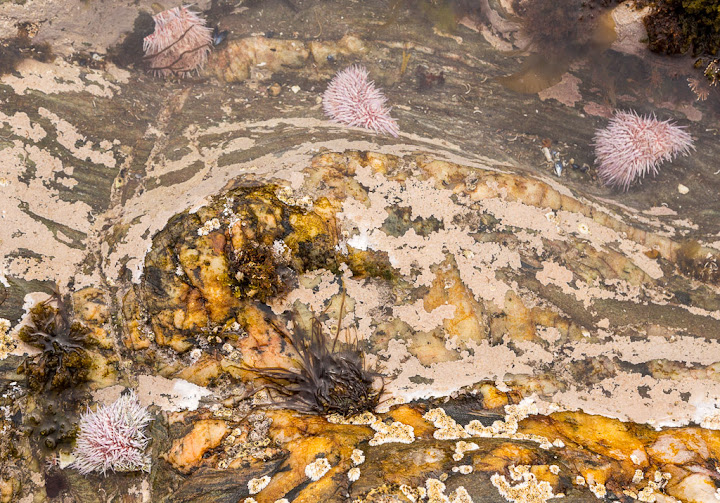 ...and we were clearly not the only ones to enjoy lunch here. I had already spotted the trickle of fresh water draining into the gully where we landed. These fragments of sea urchin shell clinched it. This was otter territory. They favour spots near fresh water so that they can rinse their fur after diving in the sea.

Posted by Douglas Wilcox at 10:35 pm No comments: