Crossing to a land sculpted by fire and ice 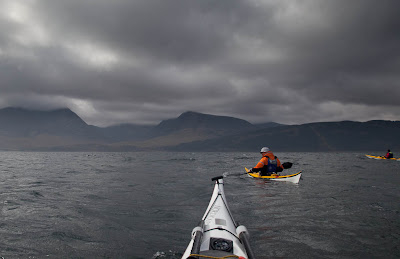 Once we were in the lee of the Cock of Arran and out of the main tidal stream the water flattened and we approached Glen Sannox under sombre grey skies.. 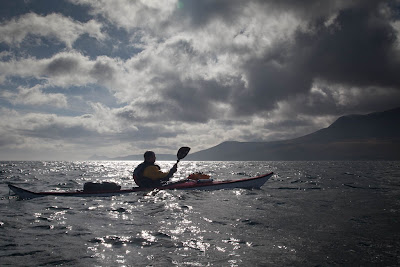 The clouds also began to lift, revealing the mountains of Arran and its little neighbour, Holy Island. 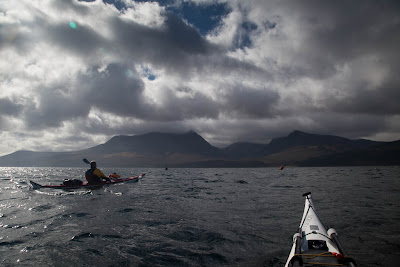 Alan and Phil had both managed remarkably well given the conditions and their relatively recent introduction to sea kayaking. David, Gavin, Tony and I had a thoroughly enjoyable crossing. 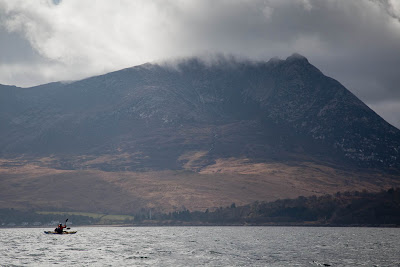 Soon the exposure of the Sound of Bute was replaced by a feeling of enclosure as the great igneous mountains of Glen Sannox gathered round the mouth of Sannox Bay. These granite peaks are the eroded remains of a huge volcano which existed about 56 million years ago. 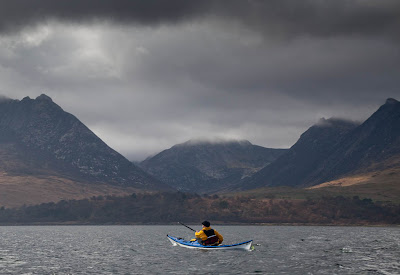 The U shaped valleys told of the gathering glaciers that had then gouged this great gorge in the grey granite of Arran's mountains.