Danger on the Solway 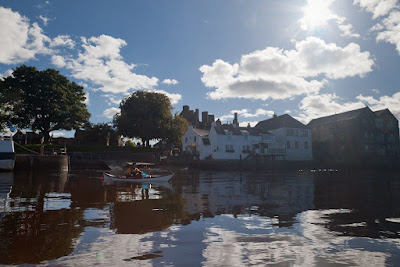 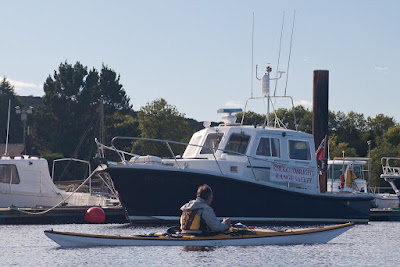 We passed the Gallovidian III which is the Range Boat for the Dundrennan firing range sea danger area that extends for 24x33km along the Solway coast to the SE of Kirkcudbright. Telephone contacts for the range are: 0141 224 8501 (Range Officer) or 0141 224 8502 (Guard House). 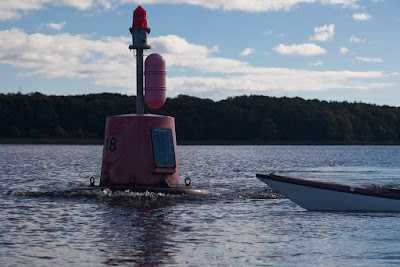 The channel was well marked by buoys and as you can see we were well assisted by the tide which runs at 3.5knots at springs. 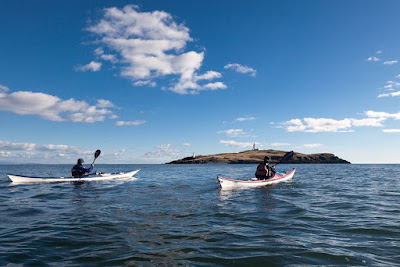 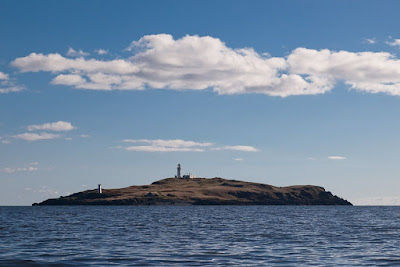 We aimed for the narrow Sound which separates the island from the mainland. You can get a fun little race here on the ebb particularly when there is a SW wind. 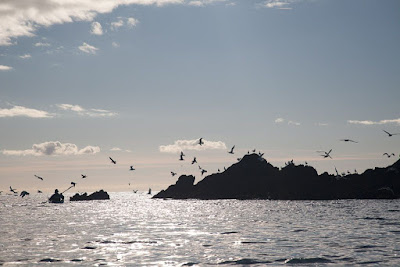 Today all was calm as we swung to the west round the reefs of Fox Craig.
Posted by Douglas Wilcox at 10:23 pm 2 comments:

The quest for a haddock of gargantuan proportions. 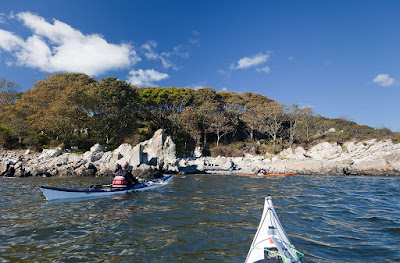 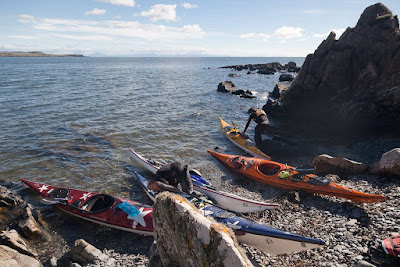 We stopped for a break at a little beach with a view to the far side of the bay and the distant Lake District hills in England beyond. 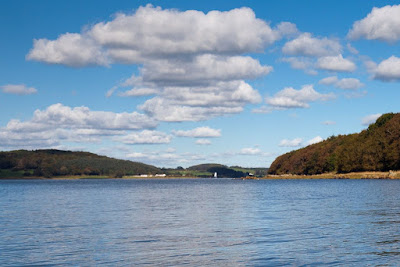 We now had a stiff paddle against an increasing ebb tide. 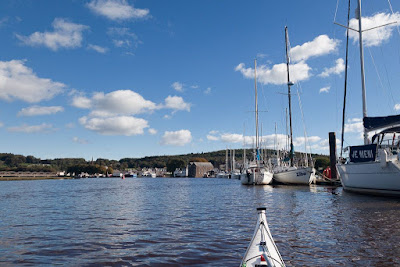 As we approached the town we came across a long marina pontoon. The tide was less to its right but stronger to its left, the course which Phil, Billy and I took. 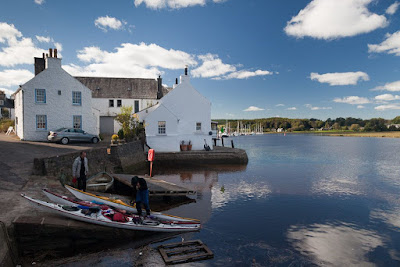 It was a relief to land at the little slipway in the centre of the town... 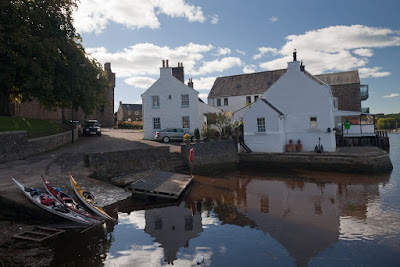 ...under the shade of a chestnut tree and not far from the walls of Maclellan's castle. 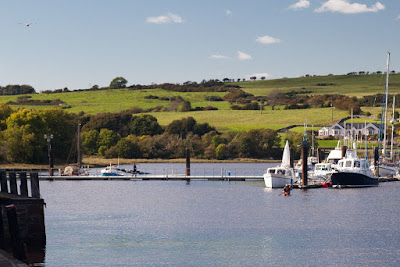 Tony and Jim were a little way behind an not having been before were tempted by the slacker water inside the pontoon. Tony had hoped there would be a bridge to paddle under but no such luck! He landed on the pontoon and walked to the shore. 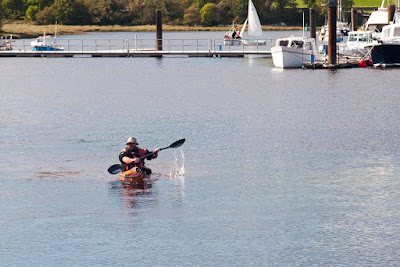 Jim spotted Tony's problem and backtracked out in to the main current. Some serious paddling effort soon had him... 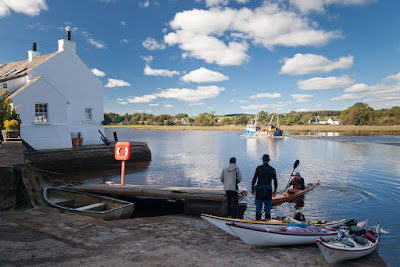 ...up  at the slipway as a scallop boat made her way downstream. We now set off to find some lunch. Our destination was Polarbites excellent fish and chip emporium! In addition to local specialities such as scallops (landed 50m from the shop!), their conventional  fish suppers are superb. A word of warning, unlike some other fish and chips shops somewhat optimistic descriptions of what prove to be little more than sardines, Polarbite's large haddock is truly immense. Indeed, a great white would be well sated with a fish of such gargantuan proportions. By the time we left Kirkcudbright, we were well and truly stuffed, it was indeed fortunate the the ebb tide was in full flow!
Posted by Douglas Wilcox at 7:00 am No comments: