A series of juxtapositions in the Sound of Mull. 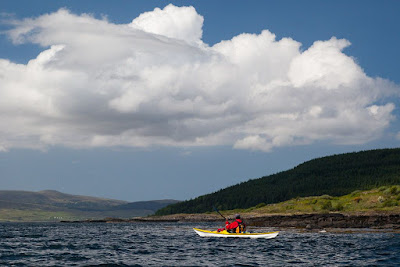 North of Lochaline, the coastline of Morvern becomes much gentler  and is backed by large forestry plantations. It was to here the the last few St Kildans were evacuated in 1930. Those that were able worked in the forests. what a juxtaposition a St Kildan in a forest in Morvern! They had come from an island with no trees! 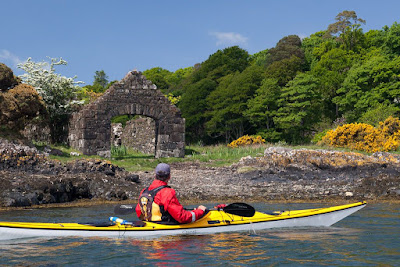 We found Fiunary boathouse in a little inlet beside Rhubha na h-Airde Luach. It was built about 1820. The air was fragrant with the juxtaposition of two scents: the sweetness of the white hawthorn blossom and the coconut like scent of the yellow gorse. 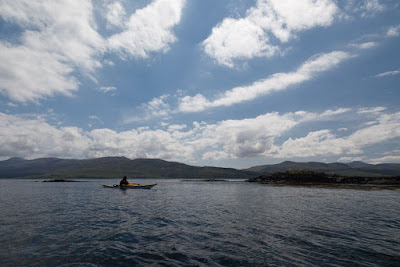 We continued through a series of rocky skerries... 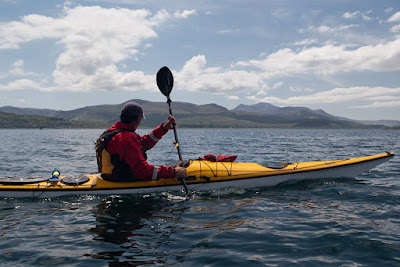 ...but on the other side of the Sound of Mull, the island of Mull began to draw our attention. 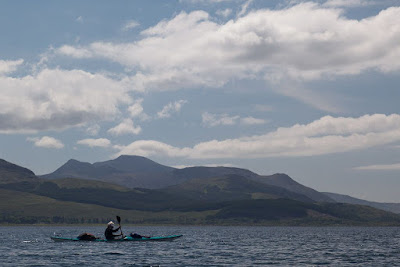 Ben More at  966m (3169 feet) is the most southerly island Munro (mountain >3000 feet)  in Scotland. One of the great joys of paddling in west Scotland is the juxtaposition of mountain and loch. 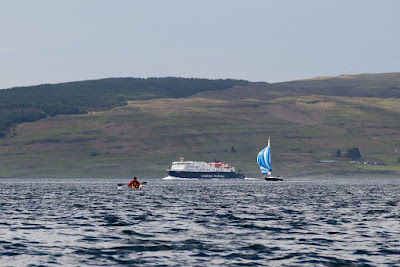 Talking of juxtapositions; paddle, diesel and sail, who has right of way? 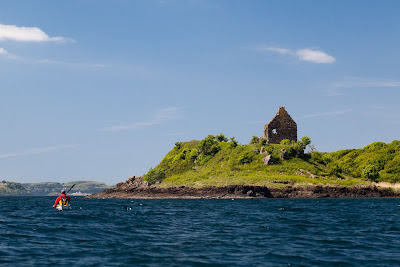 The final juxtaposition is the 17th century tower house of Caisteal nan Con (castle of the hounds), which was built on an Iron Age fortified mound.
Posted by Douglas Wilcox at 9:03 pm No comments: