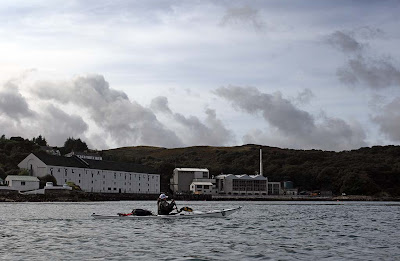 Leaving Port Askaig, the flood tide was racing north up the Sound of Islay at 16km/hr so there was really little choice involved in deciding where to go. Just round the corner from Port Askaig, the NW wind proved to be one of the sweetest winds on the west coast. It was carrying the "Angels' Share" over the water from the Caol Ila distillery. The name means Kyles of Islay (or Narrows of Islay). 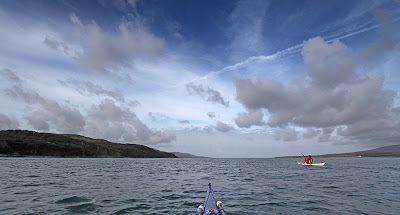 From out in the Sound of Islay we caught sight of the Rhuvaal lighthouse, still some 9km distant. 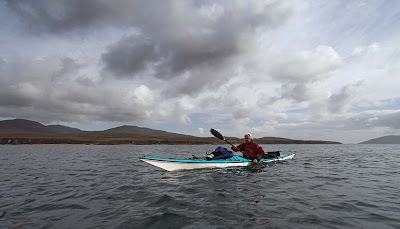 Although the water of the Sound was calm, we were still proceeding at 14km/hr with little paddling effort. 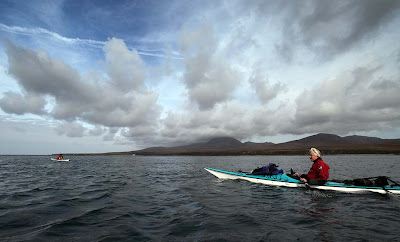 The summits of the Paps of Jura were decently wreathed in puffs of light cloud.
Posted by Douglas Wilcox at 9:07 pm No comments: