Fleeting wraiths of fog in the Sound of Kerrera 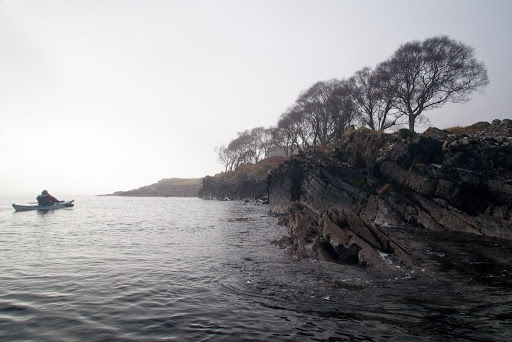 We continued to paddle through swirling fog... 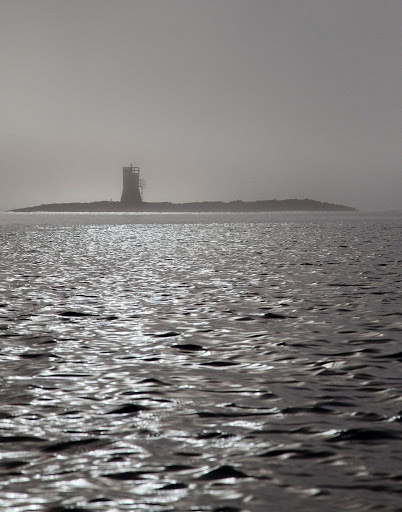 ...until we drew level with the Sgeirean Dubha reef. The light shows two white flashes every 12 seconds. The present structure replaced the previous light on 11th January 2002. 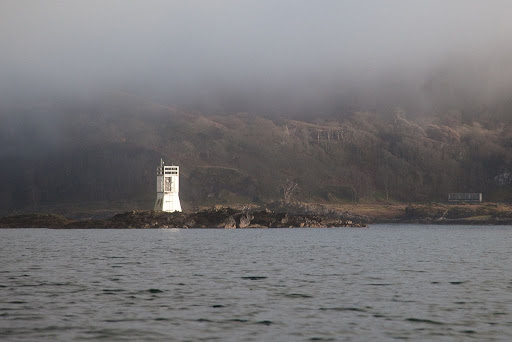 Then, magically, the wraiths of fog seemed to melt away and the sun took command of the day. 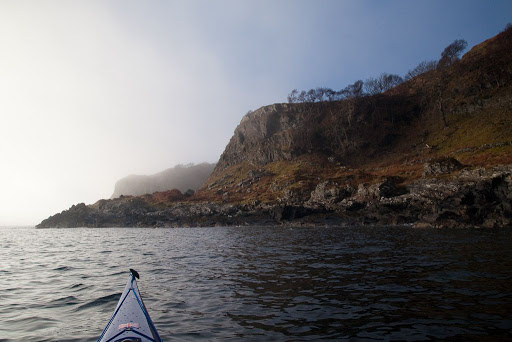 As we approached the southern point of Kerrera the deciduous tree cover became less... 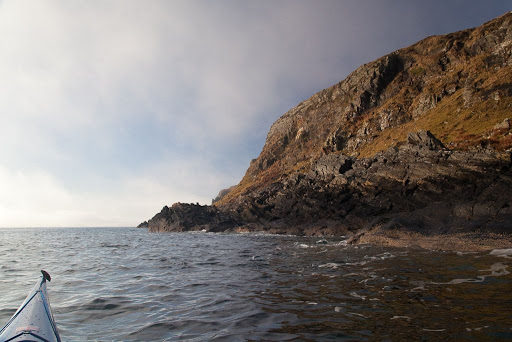 ...and the landscape took on a wilder grandeur. Headland after headland rolled by in the sunshine but at sea the fog still held sway. 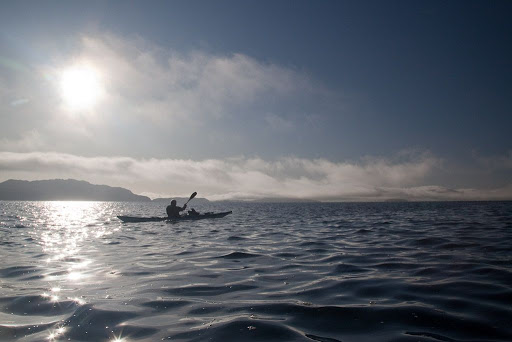 Then suddenly, the fog lifted and revealed the scattered necklace of the Isles of Lorn. 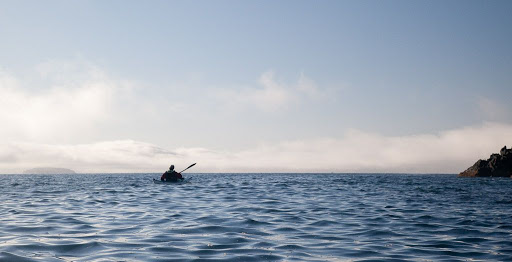 We had now arrived at Rubha Seanach and had a clear view to distant Insh Island. What would we find once we had turned west round the point?
Posted by Douglas Wilcox at 8:56 pm No comments: