Our green pilgrimage to Saint Blane's on Bute. 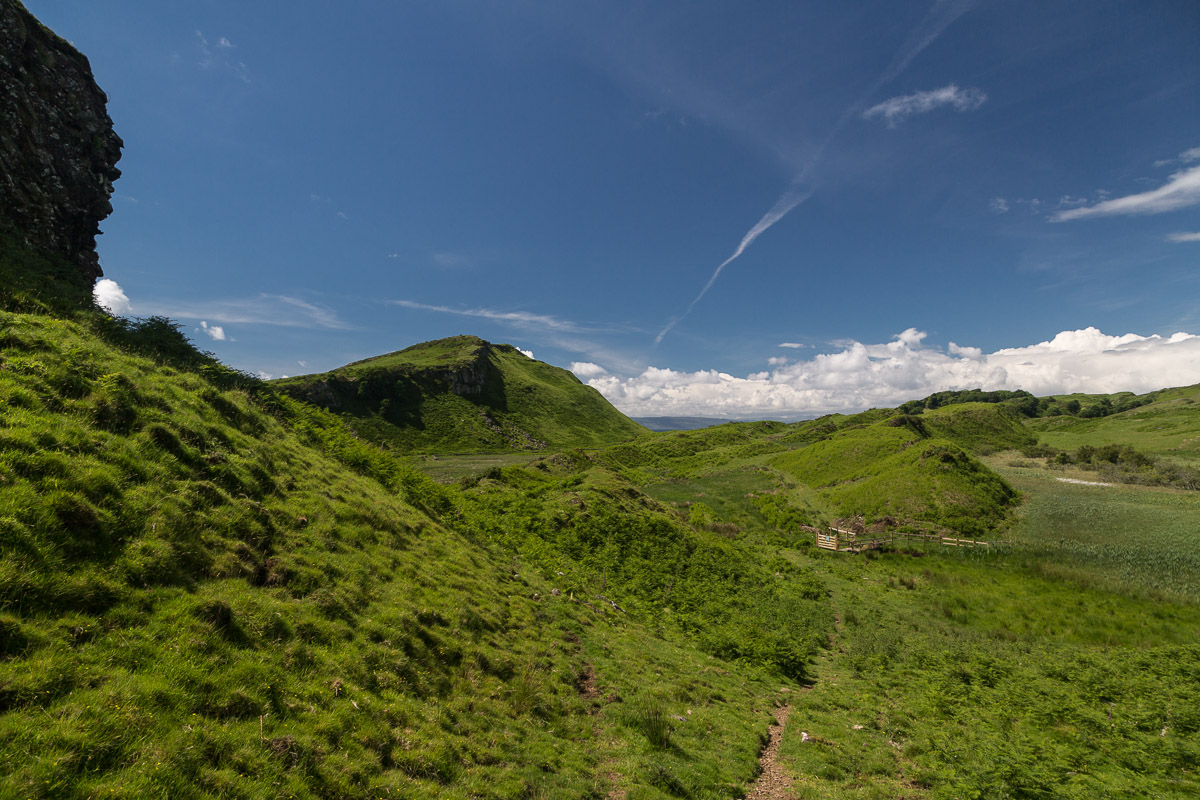 We left our sea kayaks at  Port Leithne and steadily climbed from into the verdant hills at the south end of Bute. A narrow path soon broadened into... 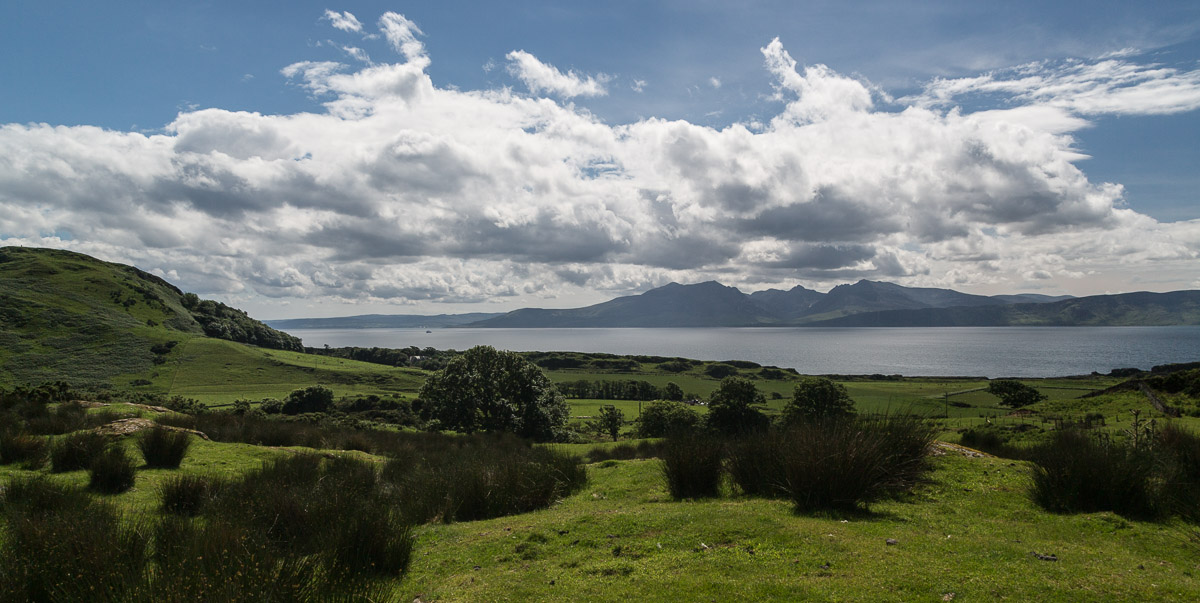 ...a substantial pilgrim's way as we climbed through a green and pleasant land above the Sound of Bute with the distant Arran mountains beyond. We entered a little wood in a sheltered valley and... 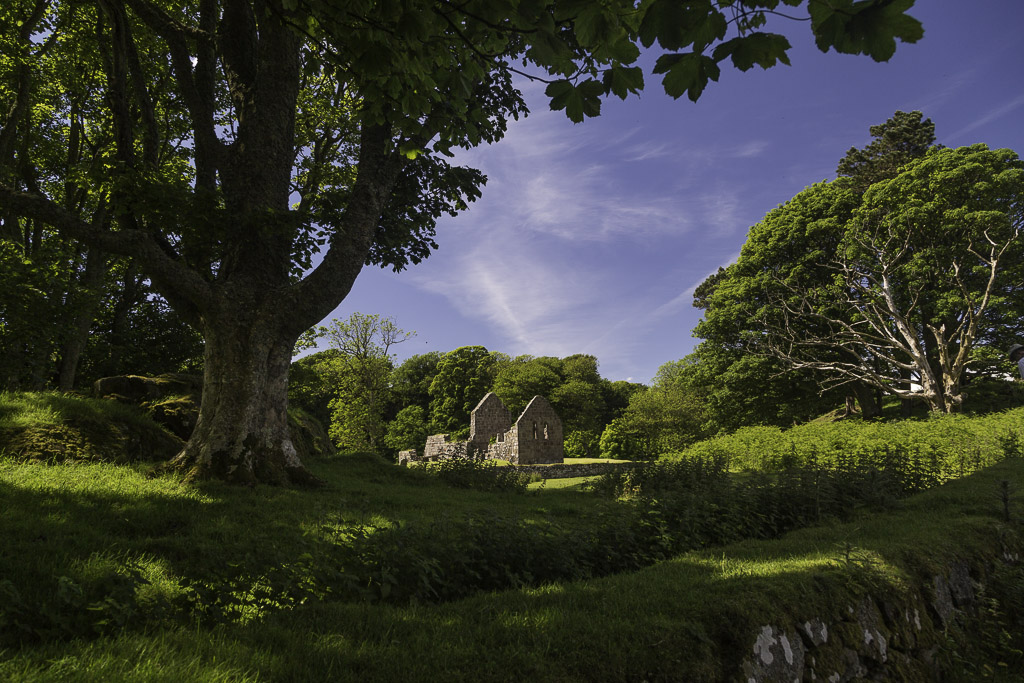 ...all of a sudden caught our first sight of the pinkish stones of what is left of St Blane's monastery and church. The setting in a clearing, framed by large deciduous trees, was peaceful and idyllic. An air of calm and serenity pervaded the whole area. Regardless of your religious persuasion, or lack thereof,  I recommend a visit to St Blane's. It will help heal your soul of the scars inflicted by the hurry, injustice, selfishness and greed of a sometimes uncaring world. 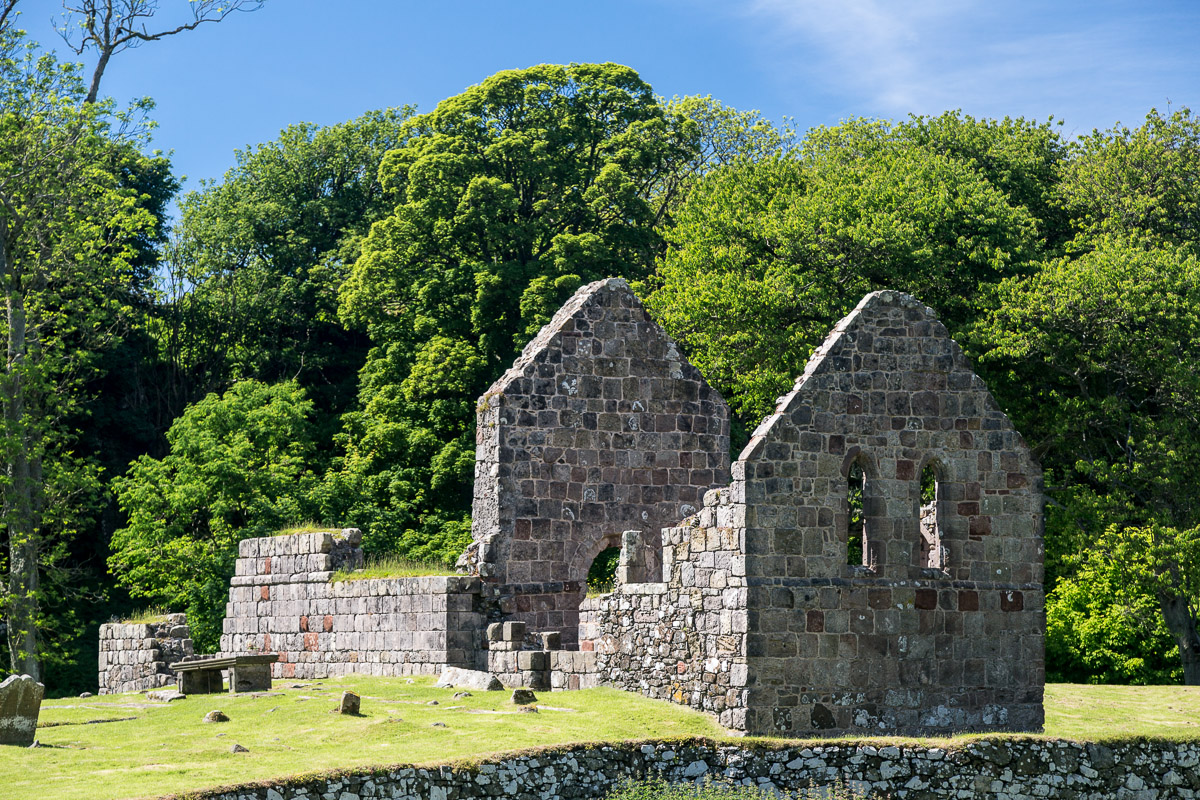 It is easy to see why St Catan, the 6th century founder of the religious settlement chose this spot.He was St Blane's uncle. The grounds of St Blane's are enclosed by several walls. We climbed over the first lower one then followed the second higher one round... 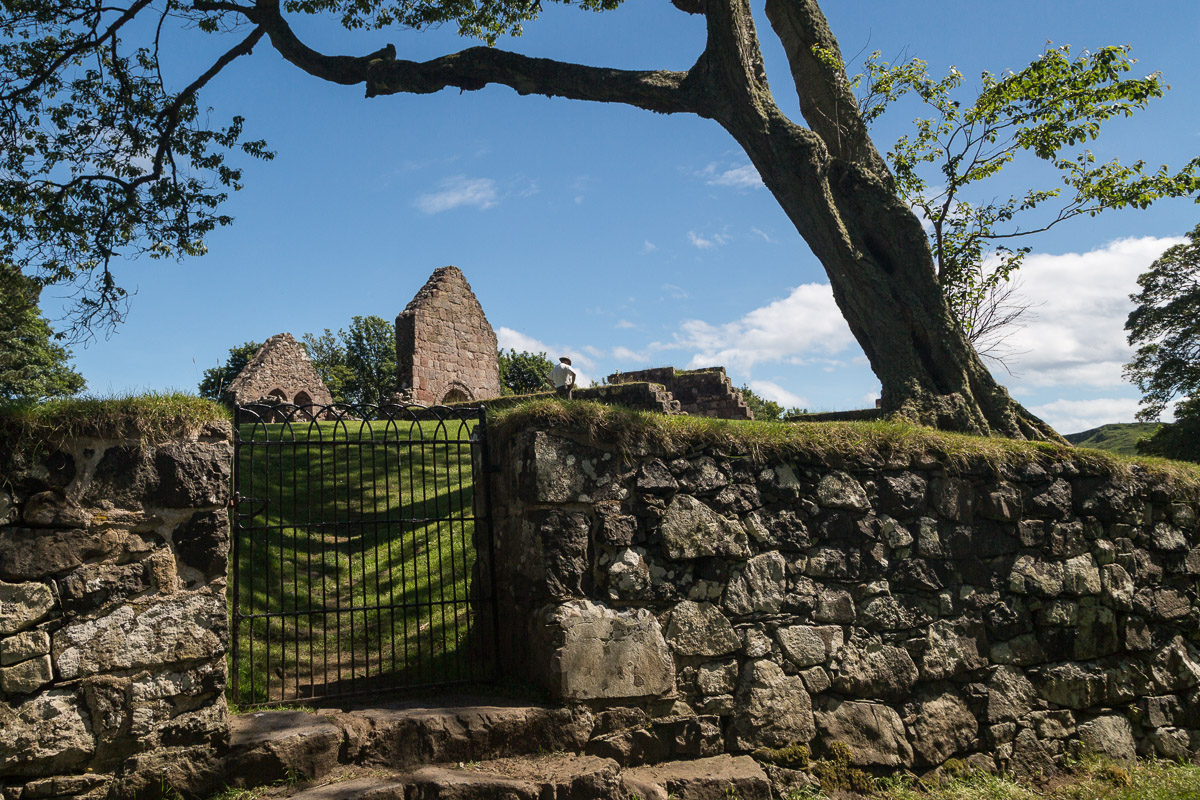 ...to a gate through which we entered the upper church yard itself. The present building dates from the 12th century. The original buildings dating from some time before AD574 would have been made of wood. The monastery was sacked several times by the Vikings after the first raid in AD790. The present nave dates from the time that Viking rule from Norway came to an end and remaining Vikings converted to Christianity. 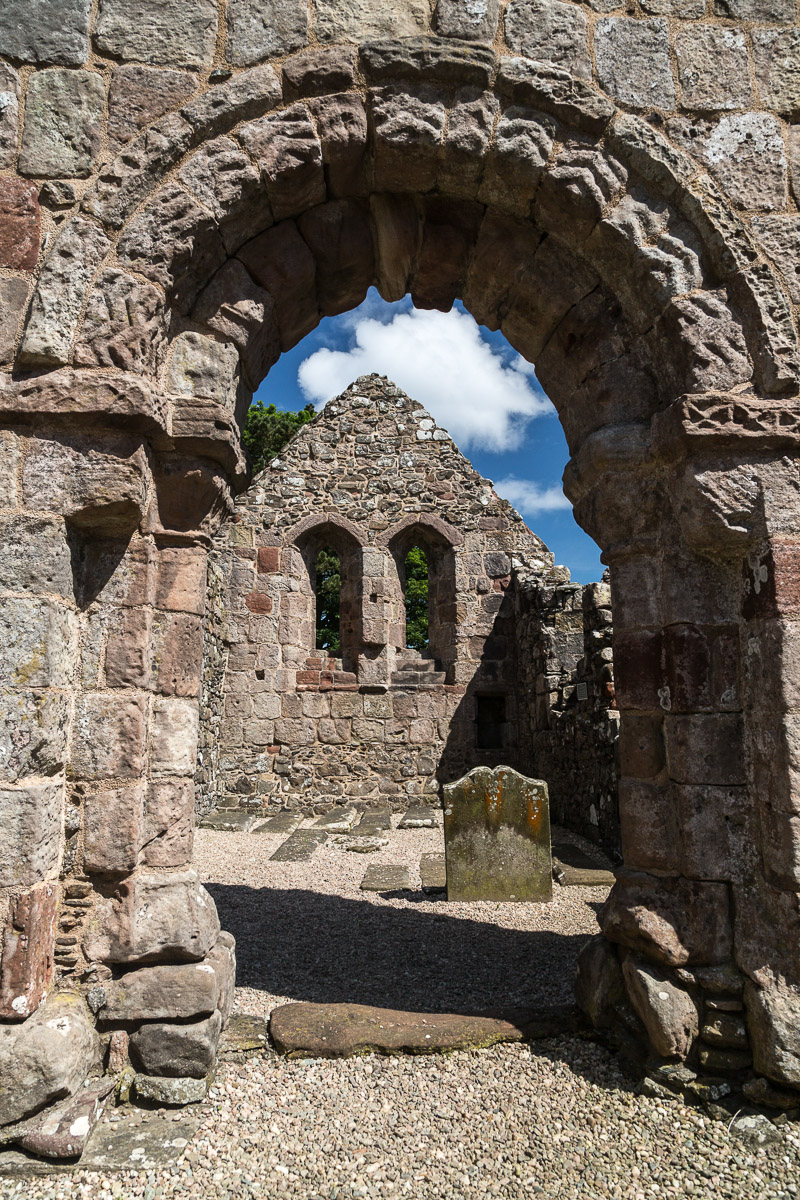 This is the view from the 12th century nave through a fine carved arch through a wall of shaped blocks to the mostly 14th century chancel beyond. Note the chevron carving on the arch. 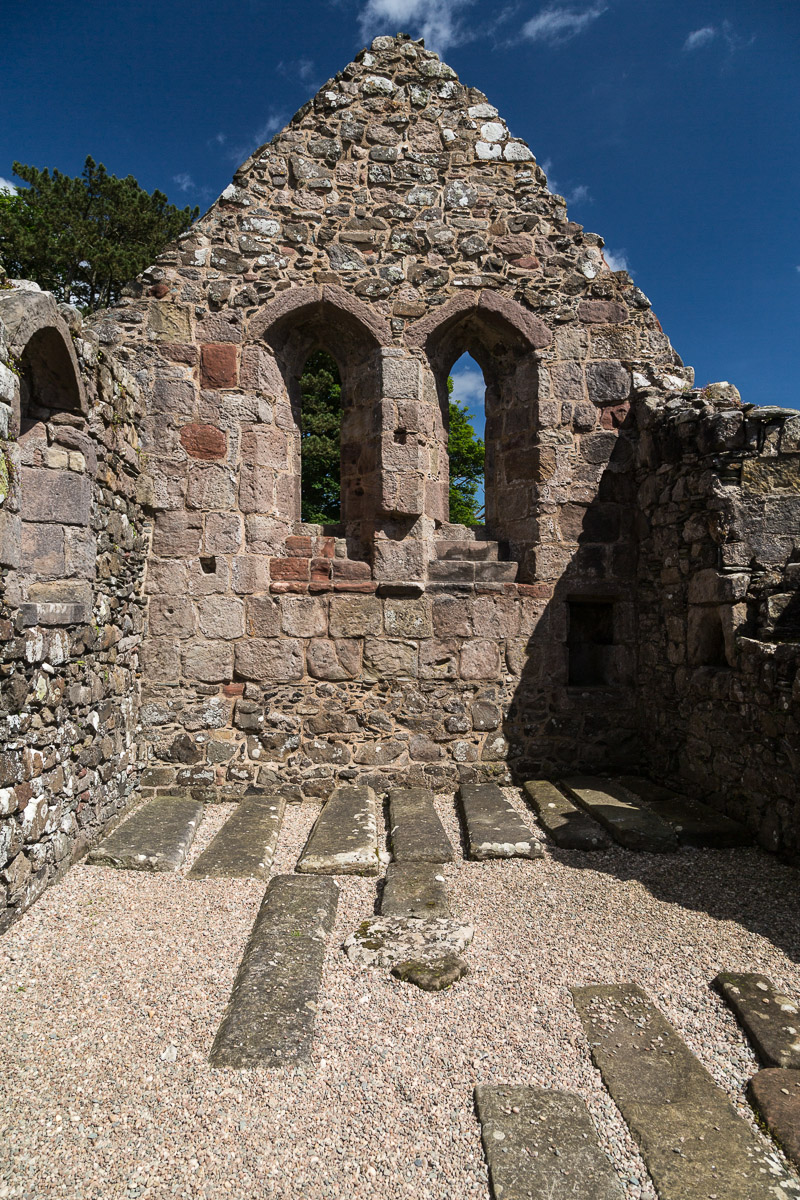 The chancel was not constructed of the same quality shaped stone as the nave and now contains several grave slabs. 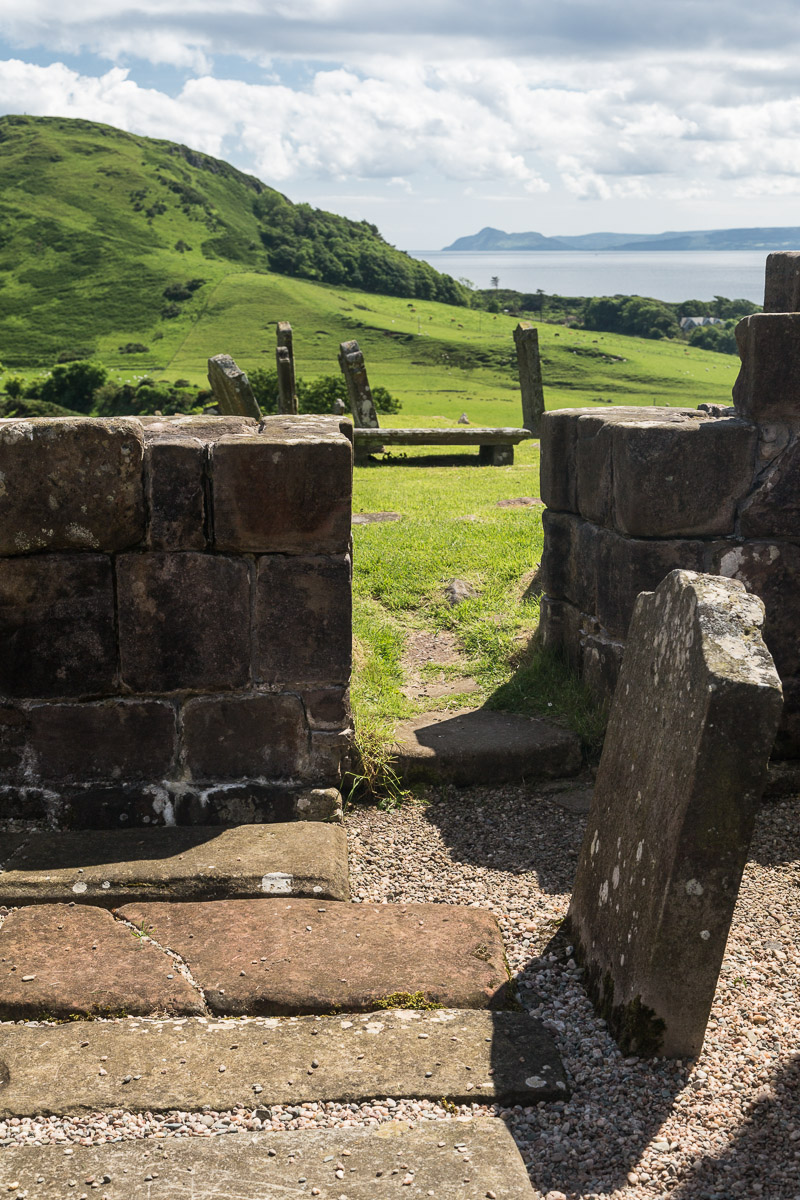 Leaving the church and entering the upper churchyard there is a fine view to Holy Island, which was also home to an early Celtic church founded by St Molaise (566 - ~640AD) 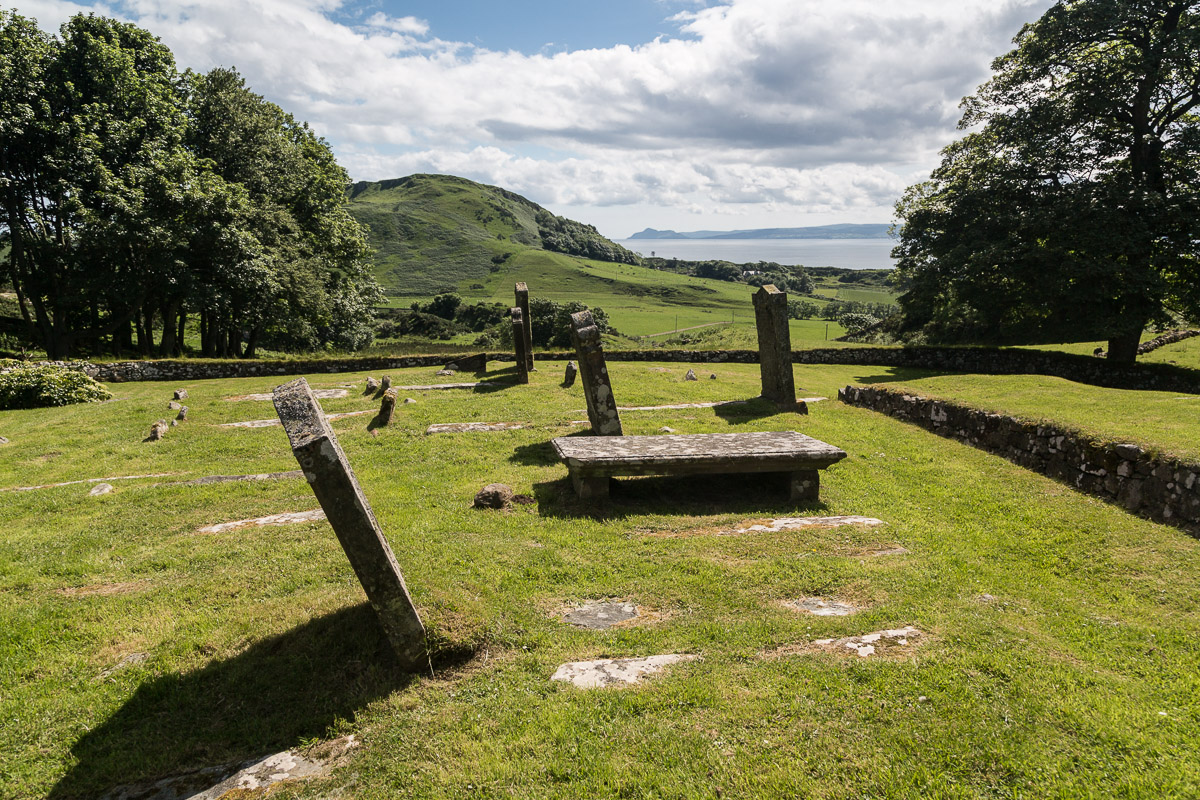 The upper graveyard was reserved for monks, priests and men while... 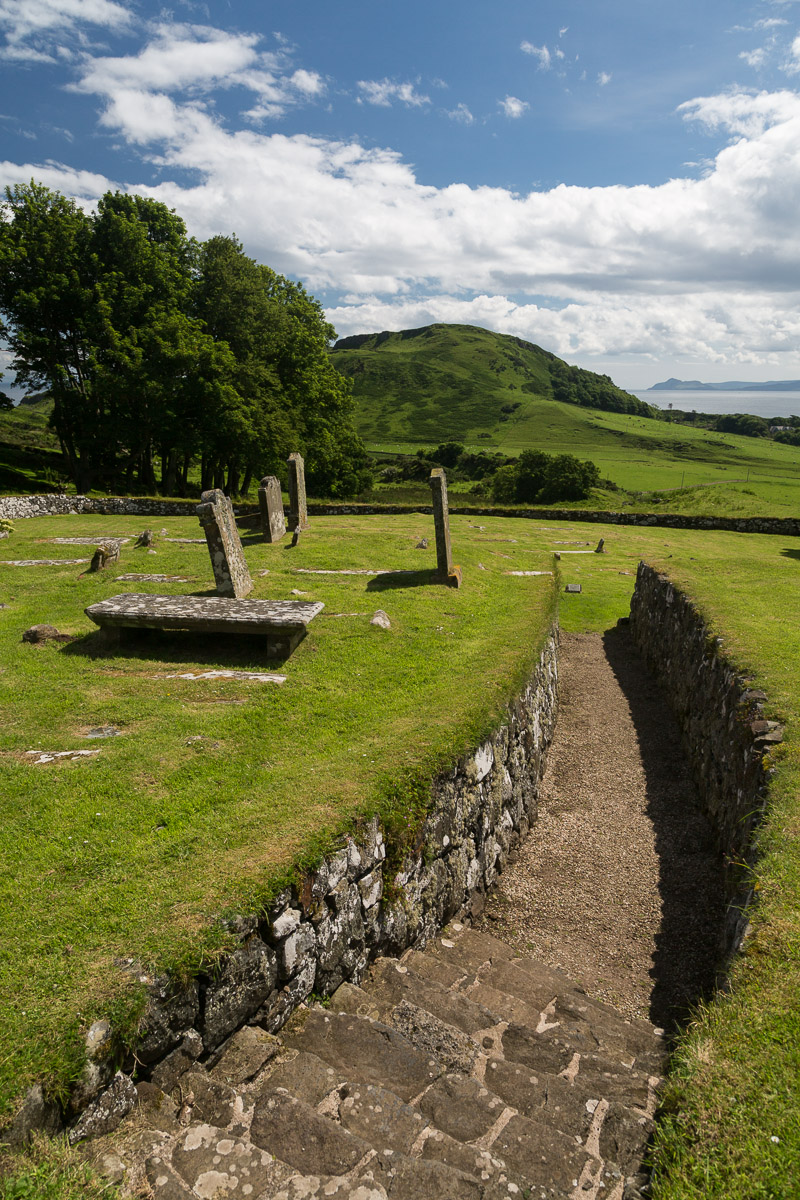 ...a curved ramp led down to the lower churchyard, which was for women and commoners.

As we made our way back to Port Leithne we reflected on the local and green nature of our pilgrimage. We had travelled only 45 minutes by car and had then paddled our kayaks and walked. Most of today's pilgrims travel by aircraft at great cost to the environment. In contrast in the 4th century Saint Ninian walked from Whithorn in SW Scotland to Rome and back. Now that is a pilgrimage!
Posted by Douglas Wilcox at 10:50 pm 4 comments: