The highs and lows of life in Camas Mor, Muck. 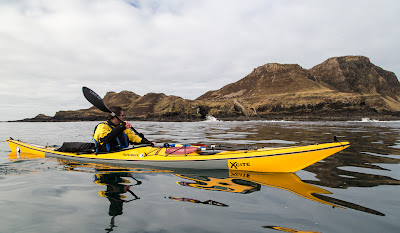 We had now started the final stage of our Small Isles adventure. As we rounded the SW point of Muck we started to paddle east again.

Muck is generally low lying but the ground rises in the SW towards the summit of... 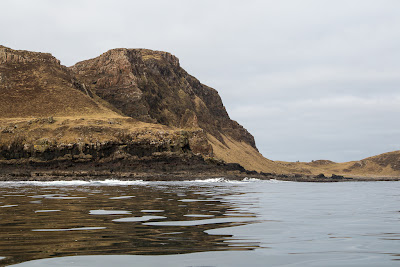 ...Beinn Airein. It may only be 137m high but it is a proper little mountain nonetheless. It falls steeply into the sea at the headland called Sron na Teiste. The roots of this name are both Gaelic and Norse. Sron is Gaelic for headland and Teiste is Norse for black guillemot. The Norse name is a reflection of the Viking influence in the Hebrides' past. Sadly we saw only one black Guillemot in the bay, it was just changing from winter to breeding plumage.

The swell was washing the rocks at the foot of Sron na Teiste and the shores of Camas Mor beyond, so there was no prospect of a stop. 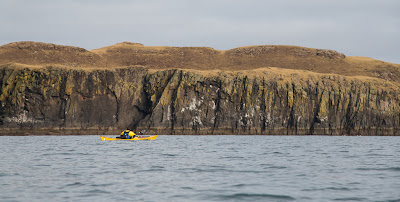 We set off across the great sweep of Camas Mor towards  the wall of cliffs on its far side. 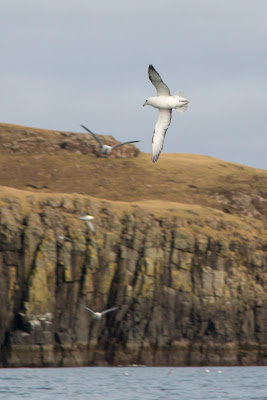 In the middle of the bay, we became the focus of attention of the local fulmar colony. 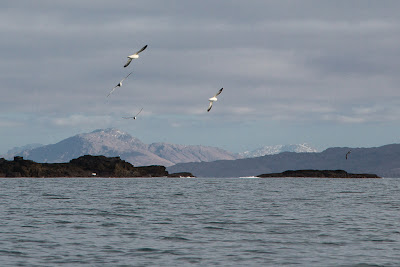 They amazed us with the skill and beauty of their flight.. 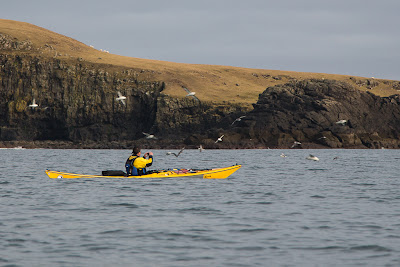 ..which we tried to capture on our cameras. 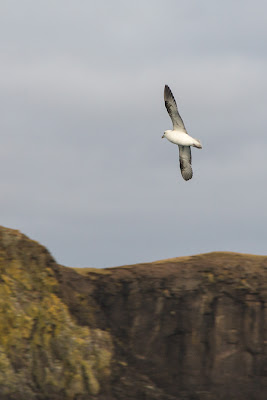 One minute they would rise high in the air with scarcely a  wing beat before swooping... 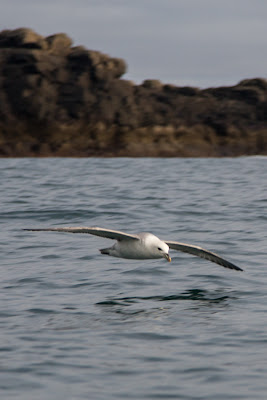 ...down and skimming the swell with their wing tips. Unlike the black guillemot  the fulmar population has grown spectacularly. In the late 19th century there was only one British breeding colony on St Kilda. Now they are widespread. Perhaps Sron na Teiste should be renamed Sron na Havhest?
Posted by Douglas Wilcox at 8:33 pm No comments: