Turning full circle at Smirisary with the sun on our backs all day. 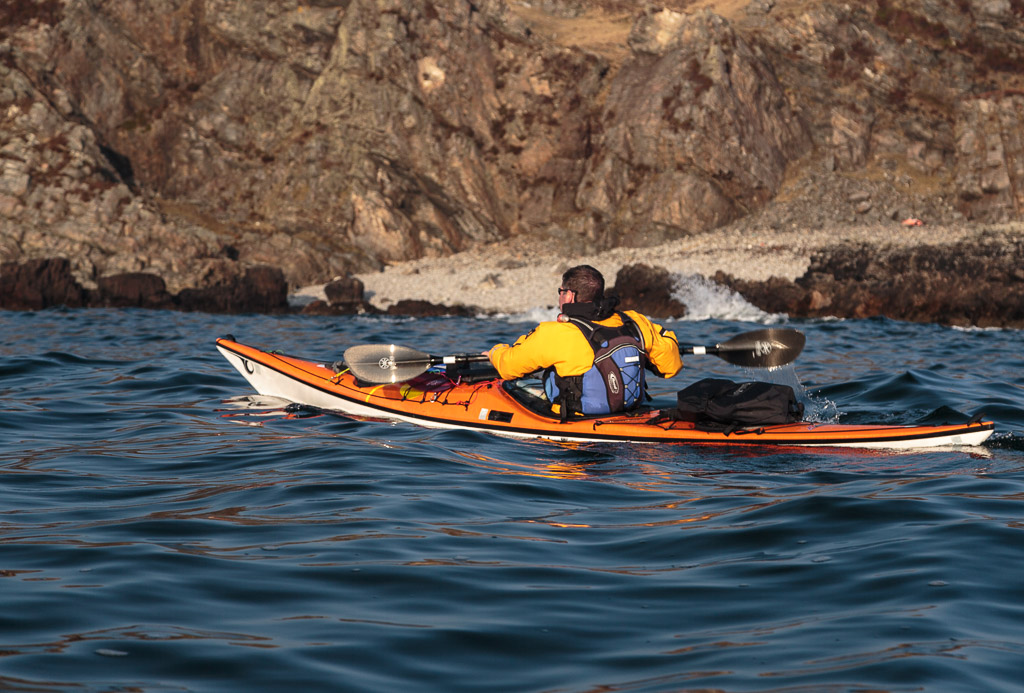 We continued north past the... 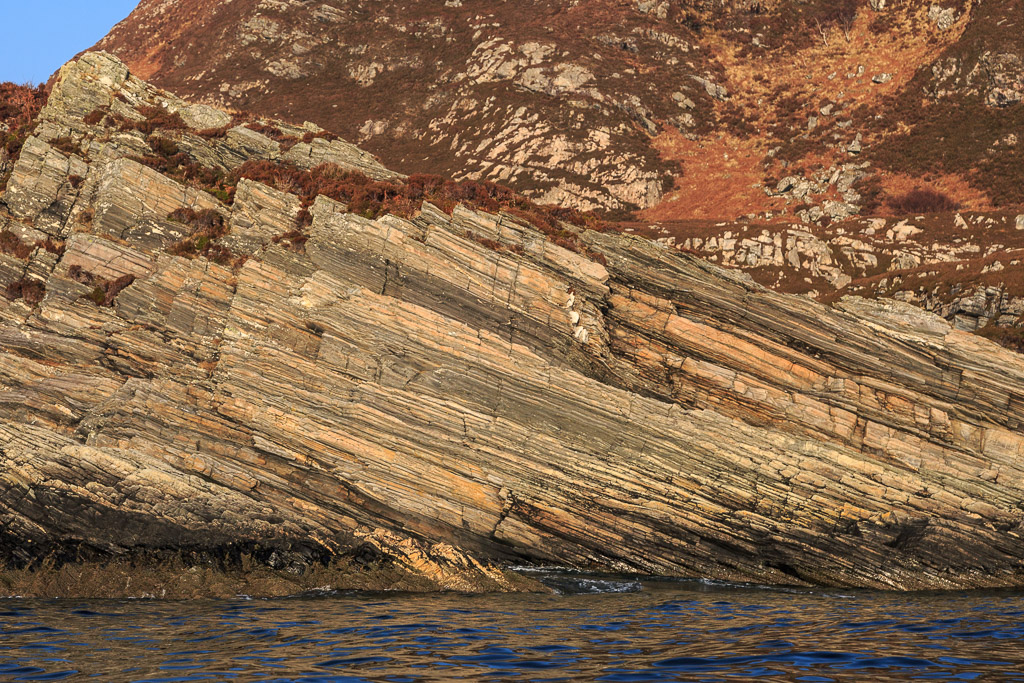 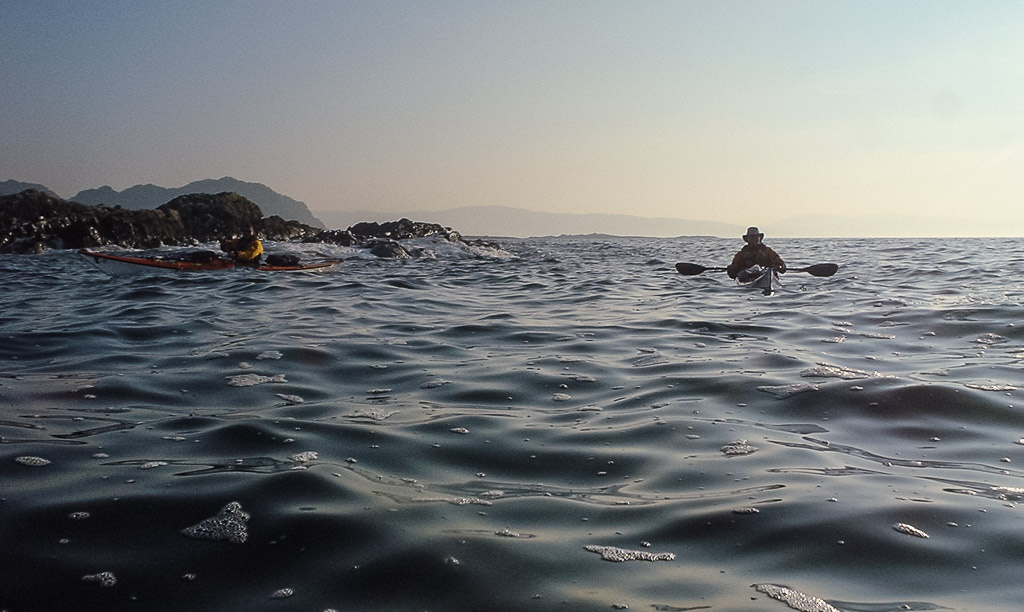 We reached the most northerly point of our day at Rubha Ghead a' Leighe where...

...we turned towards the east, into the Sound of Arisaig. The distant bulk of mighty Roshven was turning pink with alpenglow. 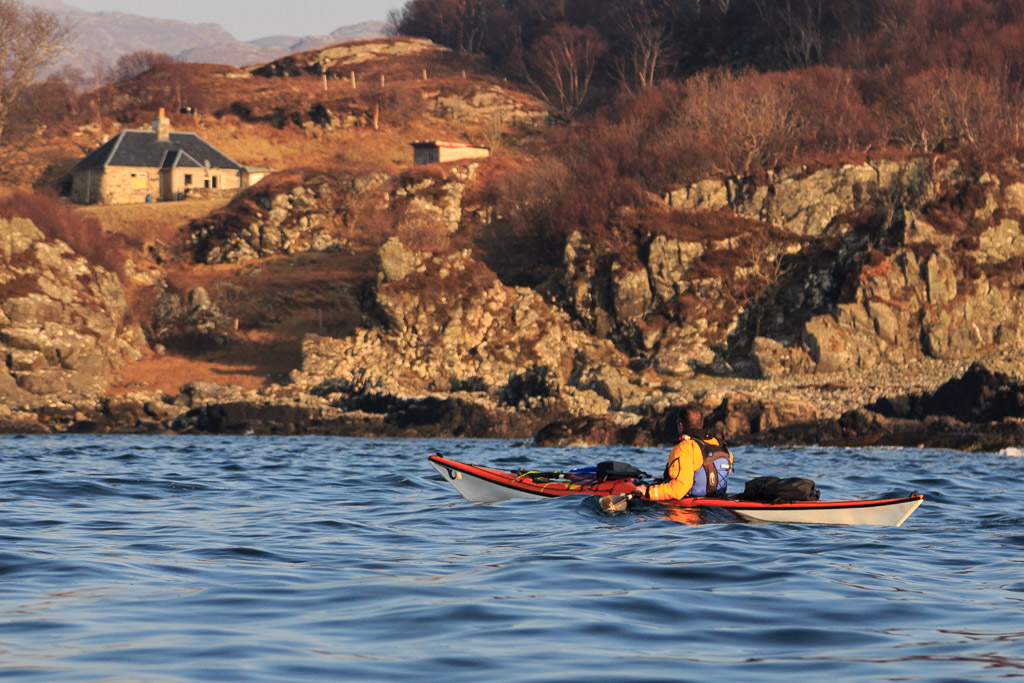 The many crofts of Smirisary were sited on infertile land with little access to the sea. The inhabitants were cleared here by former estate owners who wanted the better land for sheep and deer. Although still remote by today's standards, Smirisary was at one time almost inaccessible. The road into Glenuig from the Fort William/Mallaig road was not built until 1966 and even then it was still a footpath from Glenuig to Smirisary! "The Spade among the Rushes" by Margaret Leigh describes living as a crofter in Smirisary in the 1940's and makes an insightful and enjoyable read. 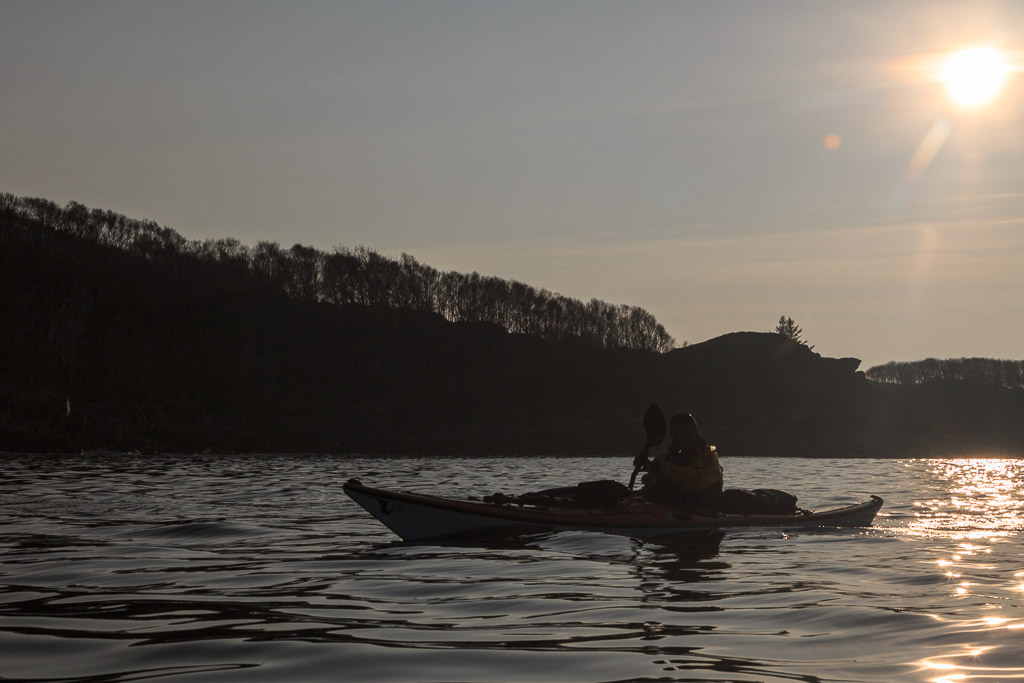 During our long day of travelling west, north and then then east, the sun had followed behind us so we enjoyed... 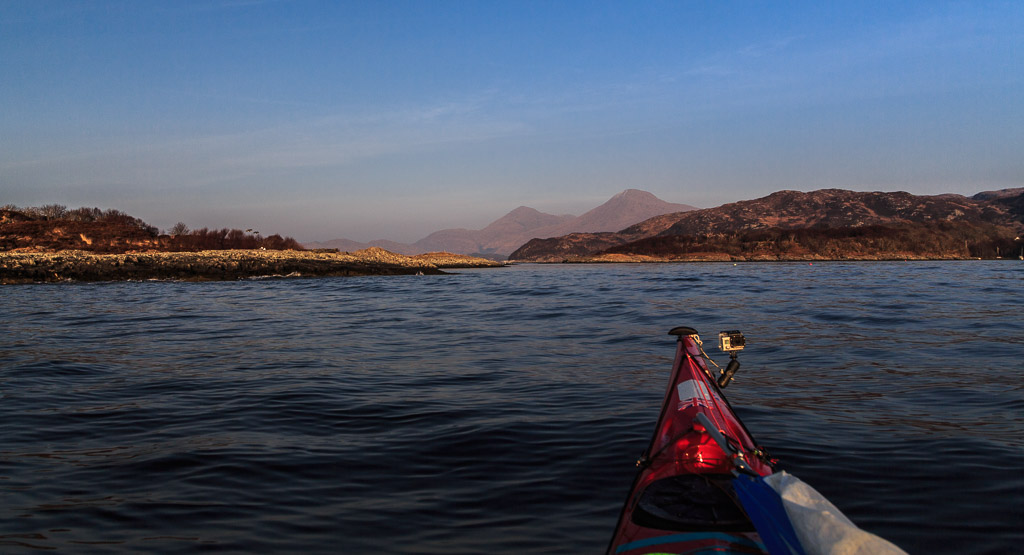 ...the constant views like this one of Samalaman Island and Samalaman Bay without being dazzled. The big house at Samalaman makes quite a contrast with the crofts. 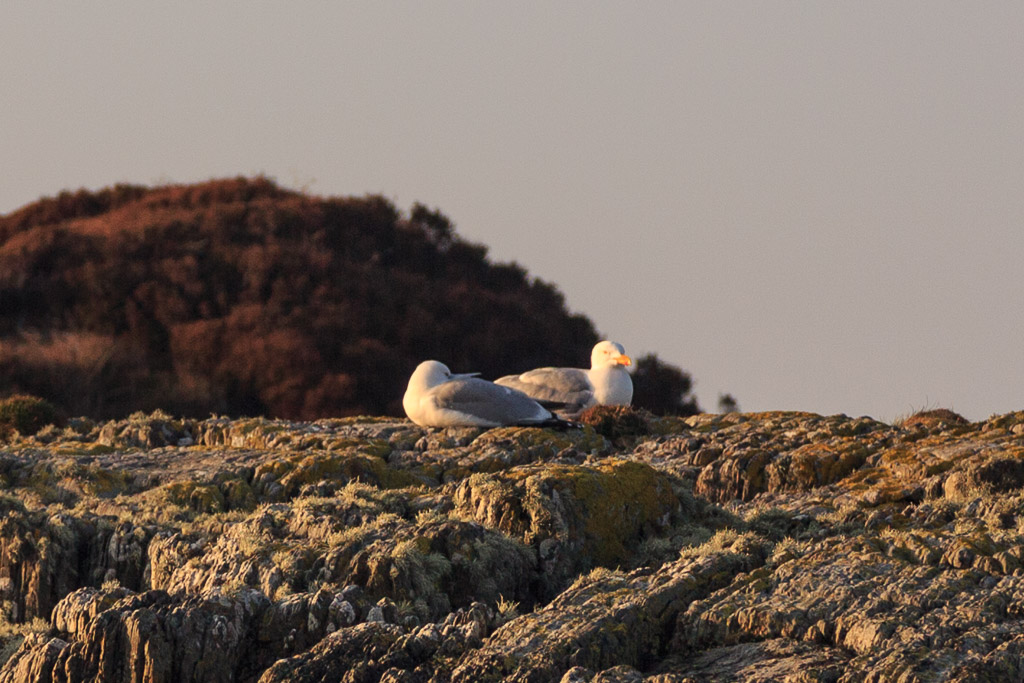 Gulls were pairing up for nesting on Samalaman Island as we passed between it and... 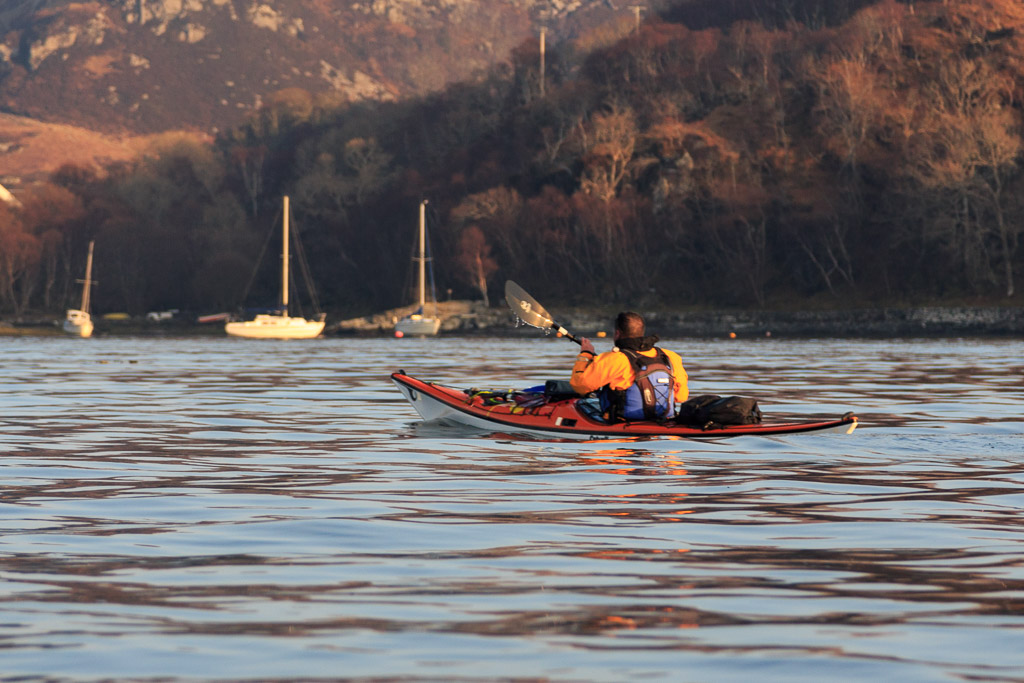 ...the entrance to the sheltered bay. 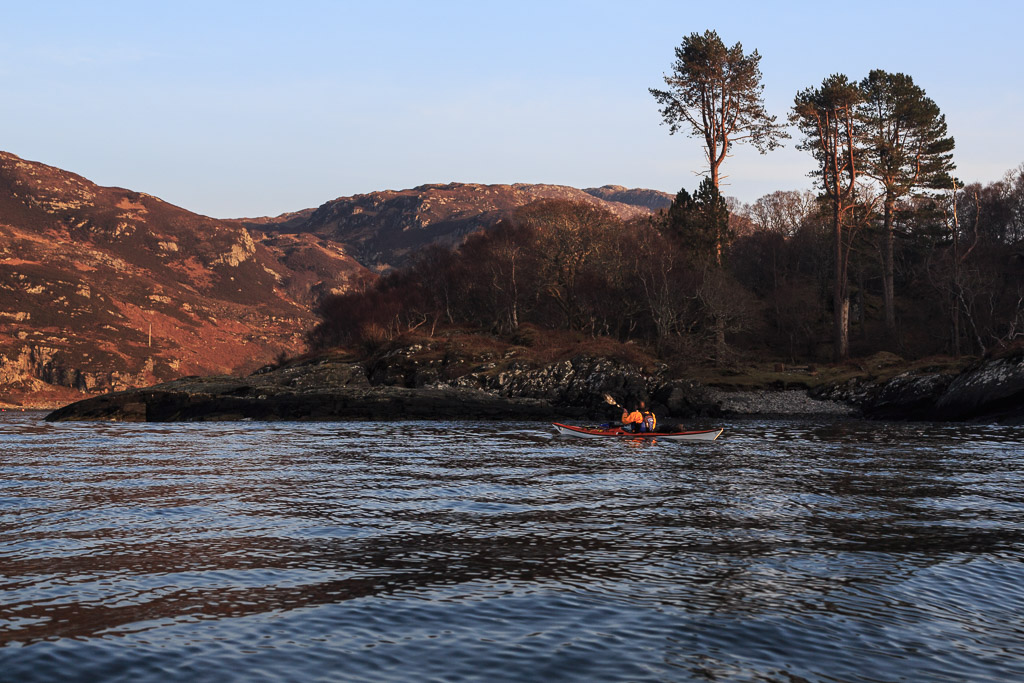 At the final wooded headland we had one final turn to make. For a brief time... 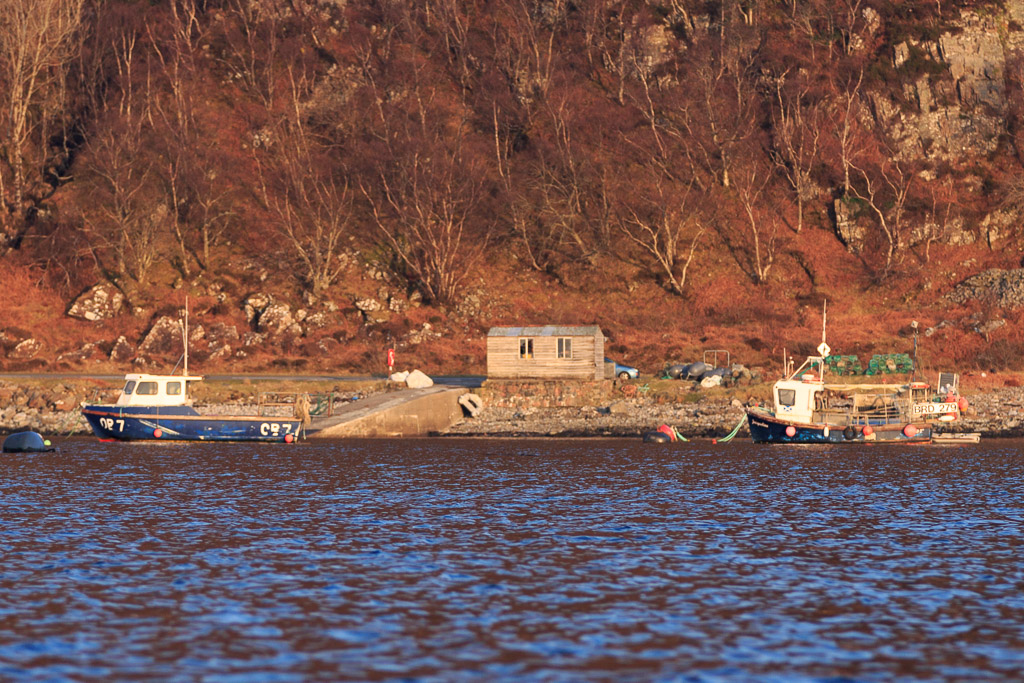 ...we turned south into Glenuig Bay, past the public jetty, to our final destination... 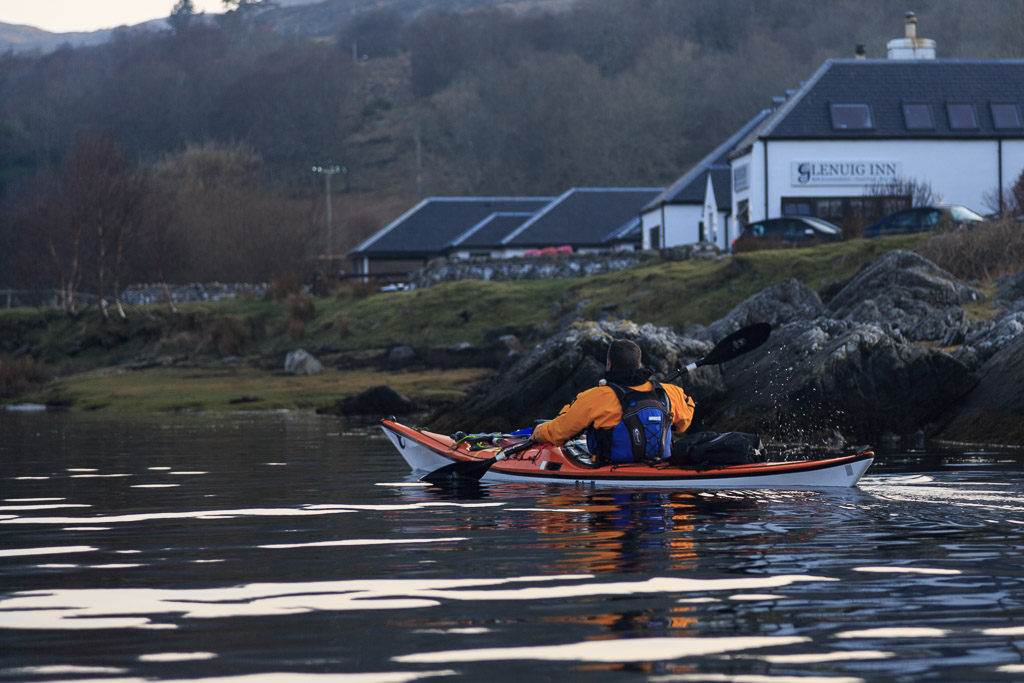 ...the Glenuig Inn. We arrived at just after sunset at high water so did not even have to carry the boats very far. We intended to stay the night and the first thing we did was to have a hot shower in our dry suits in Steve's excellent sea kayakers' washing and drying facilities! 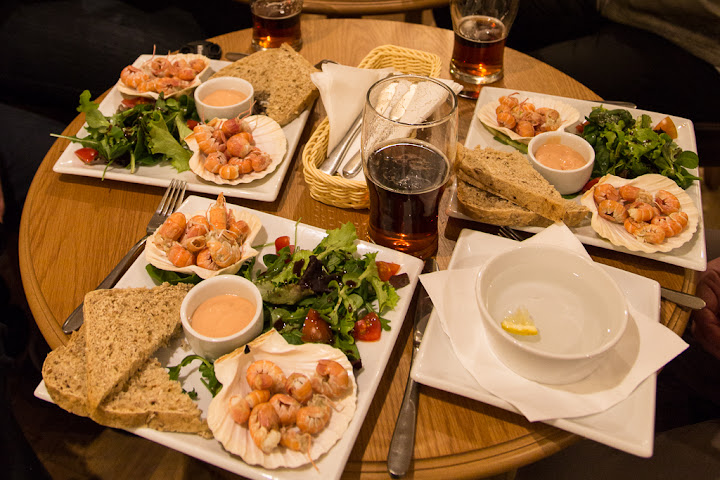 After changing we made our way into the inn where we received a warm welcome and ordered pints of real frothy sports recovery drinks and bowls of prawn tails in garlic butter! From our early start at our camp site on the shore of Loch Shiel it had been an incredible day. One which we each agreed was one of the best sea kayaking days ever but our journey round the lands of Moidart was not over yet!

Posted by Douglas Wilcox at 5:11 pm No comments: