Through the Maze to Ceann a' Mhara

South of the amazing beach that the Tiree surfers call "The Maze" (it is actually Traigh Thodhrasdail) lies the real Maze... 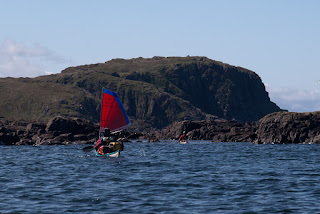 it is an incredible series of skerries and channels which lie to the north of Bharrapol Bay and the imposing headland of Ceann a' Mhara. Inside we were protected from the swell that the surfers were now enjoying... 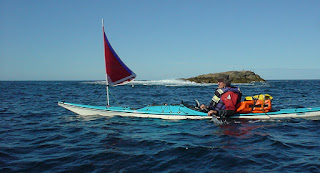 ...but as we emerged into Bharrapol Bay we were reminded of the presence of the surf.

At 103m Ceann a' Mhara is the third highest point on Tiree. Quite a distinction as Tiree only has three high points! 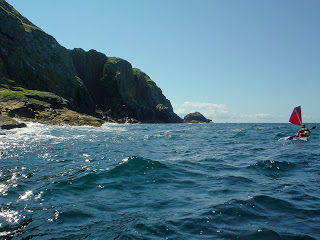 We had timed our arrival for slack water. If we had arrived with the north going tide against a NE wind, then it would have been somewhat bouncier than we experienced. 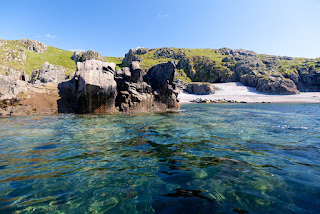 Once round the headland, we found a rocky cove sheltered from the swell.

It was now time for a well deserved third breakfast!