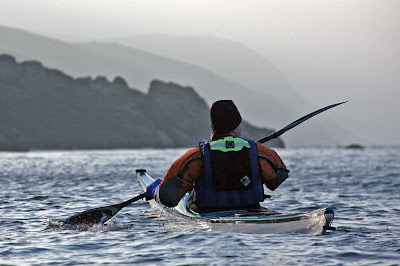 Leaving the great beach of Ballantrae, we paddled SW along Ayrshire's Atlantic coast. The volcanic rocks plunge into the swell that comes through the North Channel between Ireland and Scotland.

It is a wild place with few beaches and no road access to the shore. If you are lucky enough to catch it with slight swell there are innumerable caves and channels to explore. 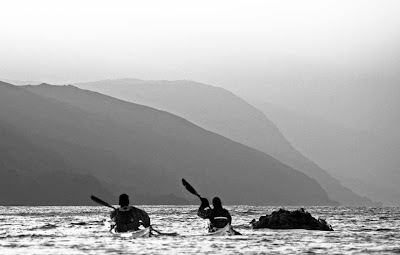 As we made our way down the coast we left the swans, ducks, herons and oystercatchers of Ballantrae behind. We entered the realms of the cormorants and rock doves. Headland after headland disappeared into the hazy thin winter sunshine. Then we came to Dove Cove and a golden eagle swooped into a flock of unsuspecting rock doves as they emerged from a cave. 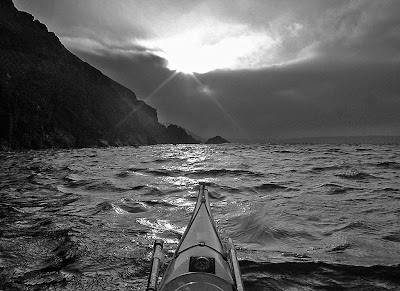 We paddled as far south as Brackness Hole but by then the winter solstice sun had begun to sink to the horizon and we knew we had to return.