Gylen castle and the Brooch of Lorn We found ourselves exploring the landscape of the south coast of Kerrera. The low sun threw... 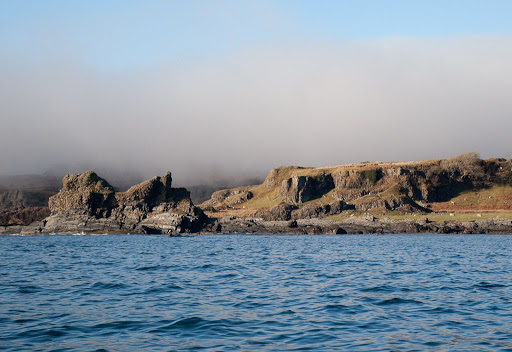 ...long shadows from a succession of weirdly shaped knolls.

On one knoll stood the dramatic ruins of Gylen castle. 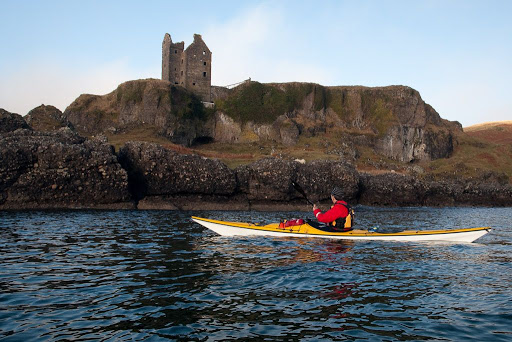 The castle was built about 1587 for the chief of the MacDougall clan. It was in a superb defensive position but it also had some fine architectural features as it was also intended to be a fine residence. Unfortunately there was no defensible water supply and in 1647 the castle fell to a siege by General Leslie of the Covenanter army. All those in the castle were slaughtered and the MacDougalls' talisman, the Brooch of Lorn, was stolen.

The brooch had reputedly been taken from Robert the Bruce after he was defeated in revenge by a MacDougall force following his murder of John Comyn who was a nephew of the MacDougall chief. It was returned to the MacDougalls in 1824 by a neighbour, General Duncan Campbell of Lochnell, who was a descendant of the soldier who stole it. Since then it has been seen in public only once, when the Queen visited Oban in 1956. 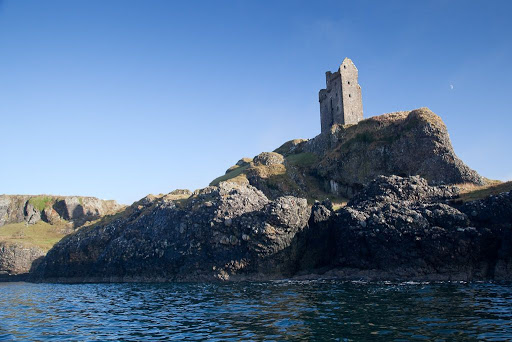 Sadly the MacDougalls enjoyed living in Gylen for only 90 years. It has been a roofless ruin since the siege of 1647. It was recently restored to preserve some of its fine carved stonework. Most people think of Eilean Donan, on the busy A87 "Road to the Isles" as the best situated Scottish castle. However, the few that have seen Gylen from the sea think otherwise.
Posted by Douglas Wilcox at 9:36 pm No comments: