The most southern point of the Hebrides. 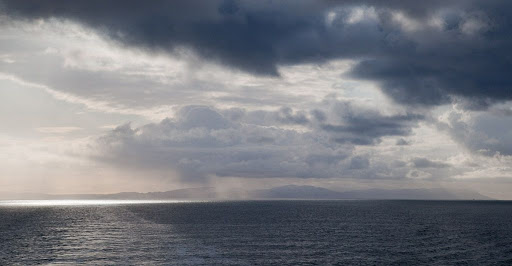 After crossing the Sound of Jura, the Islay ferry, the MV Hebridean Isles, made her way along the south coast of Islay. Heavy snow showers suddenly appeared, blotting out the clear blue sky of the early morning. Away to the SSE, the bold headlands of Kintyre rolled away until suddenly ending at the Mull of Kintyre. 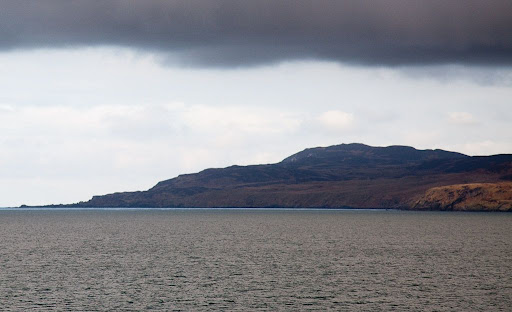 Today we were bound for another Mull, the Mull of Oa (pron. Oh!), which is the most southerly point in all the Hebrides. In this view from the ferry you can see the summit of Beinn Mhor, 202m, the highest point in the Oa peninsula. It lies behind low lying Rhubha nan Leacan, which forms the eastern most point of the headland. All the tidal streams that fill and empty the north part of the Irish Sea are squeezed past the Mull of Oa and it was spring tides! We would be in for an exciting time but fortunately there was not much wind forecast, despite the snow showers. 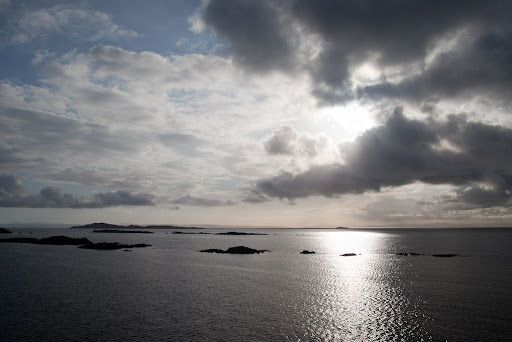 The ferry has to wend its way in through a series of islands and skerries as it approaches its jetty at the entrance to Loch Leodamais. 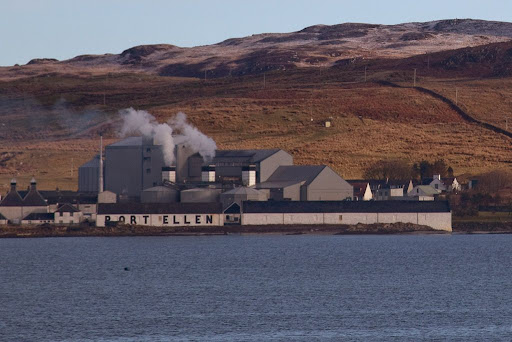 All round the coast of Islay there are a series of very large sign posts telling you where you are. To some people, some will have very familiar names! This is the Port Ellen malting works which prepares malted barley to the exact requirements of many of the distilleries on Islay. Sadly the Port Ellen distillery closed in 1983 but its bonded warehouses are securely locked and still contain many barrels of whisky.

Our sense of anticipation rose as, ever so slowly, MV Hebridean Isles made her final approach to the jetty. Port Ellen's characteristic whitewashed houses with black windows and doors clustered round the head of Loch Leodamais. It was good to be back.
Posted by Douglas Wilcox at 11:09 am No comments: