Rockhopping in the wake of the Stevensons. 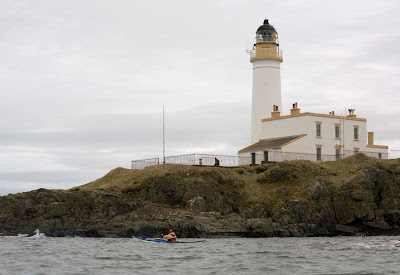 I have posted about Turnberry lighthouse before. This lighthouse will be a familiar sight to TV golf fans as the Open Championship has been held here in 1977, 1986 and 1994.

Turnberry lighthouse was built on the recommendation of the Receiver of Wrecks in the nearby town of Ayr. The reefs of Turnberry Point and nearby Brest (or Bristo) Rocks were notorious as the graveyard of many ships making their way to and from the busy ports in the Firth of Clyde. The lighthouse engineers, David and Thomas Stevenson, recommended construction on the point rather than on the offshore rocks and it was completed in 1873. 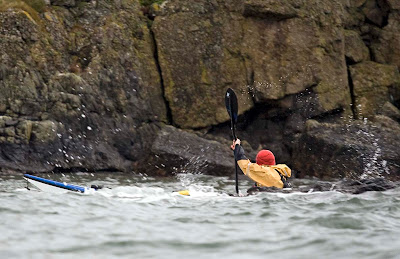 It is funny how we Scottish sea kayakers often find ourselves rockhopping in the wake of the Stevensons.