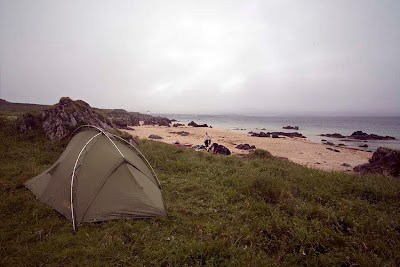 After our return from the White Hart Bar to our camp on the SE of the Oa peninsula, there were tremendous rain storms during the night. We awoke to find the tents straining at their guy ropes in a force 4-5 offshore wind. 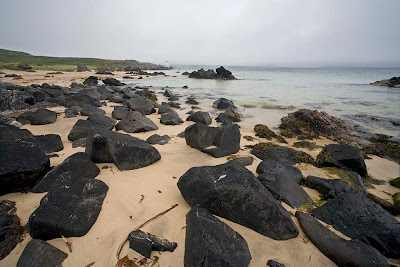 Scudding clouds hung low overhead but their greyness was broken by the dramatic contrast of the dark rocks and white shell sand. Low tide revealed a bit of a rock garden so we were relieved the offshore wind had flattened the swell. 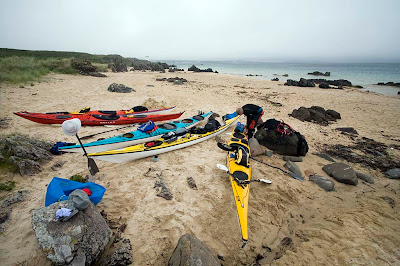 Although the winds were only moderate to fresh, the forecast was for westerly winds up to force seven for most of the remainder of the week. Although we were tempted to push on round the Mull of Oa, we decided that it would be best to stay to the east given the westerly winds. Billy and Mair decided remain at camp and to explore Islay on foot and rented bicycle.

David, Tony and myself decided to pack the kayaks and head back east to explore a distillery or two. 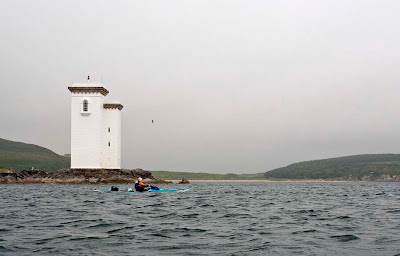 We were soon on the water heading across Kilnaughton Bay under the shadow of Carraig Fhada lighthouse. We were bound for Port Ellen.