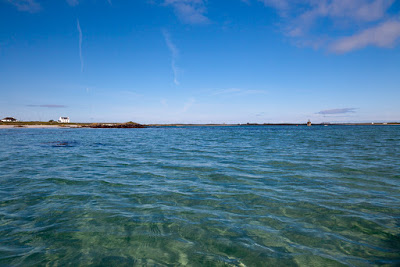 At 10:26am we set off on our circumnavigation of Tiree, which is known as the "Land Beneath the Waves" because most of it is low lying. The houses are often the highest points on the landscape and from a distance appear to float above the waves. 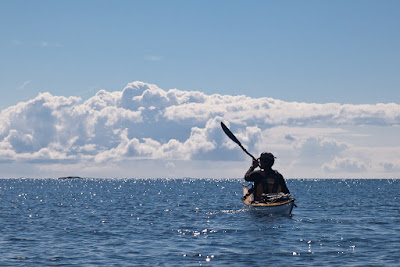 This trip very nearly never happened because recently I have been having such severe pains in my injured knee. In fact, we had previously to cut short our circumnavigation of Coll and Tiree on the 13th of June 2009 after I had dislocated my knee on Gunna, in the Sound between Coll and Tiree.

However, my companions were David and Phil, and like all my sea kayaking friends, both have proved so willing to do much of the heavy work on a sea kayaking trip. So I decided to go and complete unfinished business! 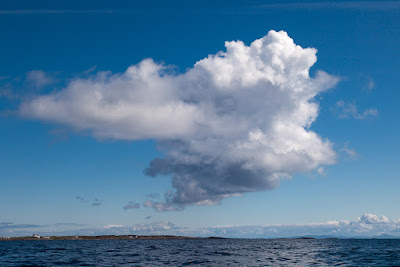 I had originally planned a clockwise circumnavigation but the weather forecast had deteriorated since that of the previous evening. A force 3-4 northerly wind was due to increase to 5 in the afternoon both this day and the next day. I really did not fancy getting stuck on the north coast of this exposed island in that sort of wind so decided on an anticlockwise trip and aimed to get off the north coast and onto the west before the wind increased. 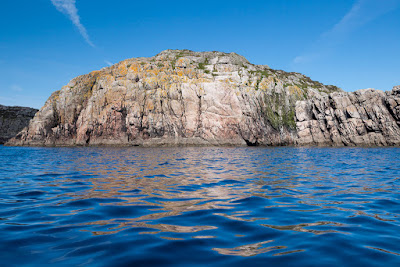 Where the Tiree rock is exposed, it is ancient Lewisian gneiss. At 3,000 million years old, it forms some of the oldest rocks on Earth. 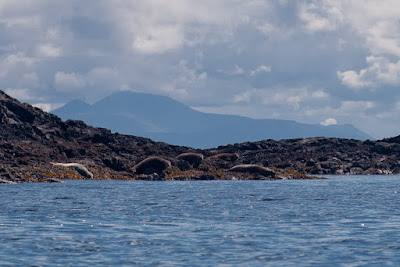 Seals were basking on the offshore reefs and distant Ben More, 967m, on Mull dominated the horizon to the SE.

Posted by Douglas Wilcox at 10:29 pm No comments: