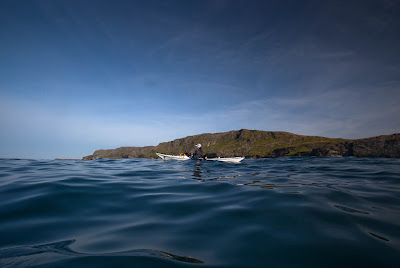 Leaving Port Lobh on the west coast of Colonsay we now found ourselves on a very committing part of Colonsay's western coast. 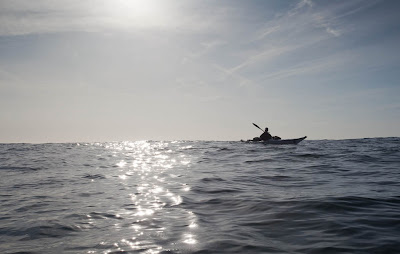 Out at sea the swell just rose and fell gently. 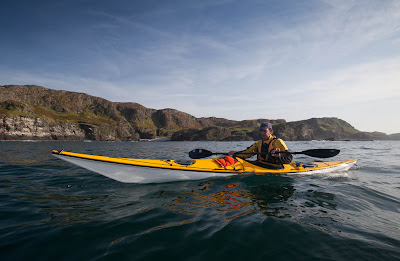 I had hoped to land at Port Ban on the wildest part of Colonsay's entire coastline but the swell was breaking heavily on the steep beach. 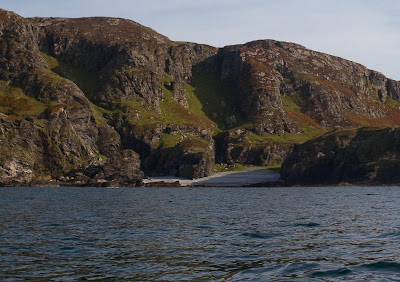 Port Ban is a raised beach and the cliffs surrounding it are known as "Pigs' Paradise". Despite its remoteness, someone has carried a heavy wooden picnic table down to the shoreline. 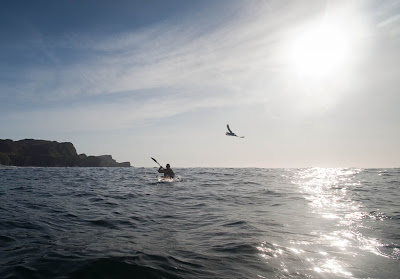 We didn't see any pigs (winged or otherwise) but there were plenty sea birds especially guillemots, black guillemots and fulmars. In the spring these cliffs are one of the biggest bird breeding colonies on Scotland's west coast. 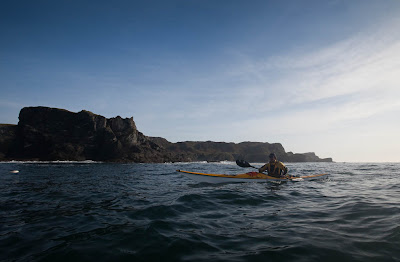 We pressed on as the day began to die. We were looking for somewhere safe to land. Tomorrow's forecast was for 6' surf!
Posted by Douglas Wilcox at 9:28 pm No comments: