Midges and rain but no French gold in Loch nan Ceall 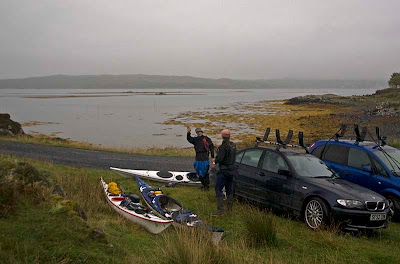 Seakayakphoto.com is delighted to welcome a new staff member. Alastair joined a sea kayaking trip in desperate search for fair weather despite an atrocious forecast. After a long drive to Loch nan Ceall near Arisaig, the mist was hanging low over the sea. It was the Scotch variety; a very fine but wetting rain and infested with midges. "We must be mad!" was the general consensus. 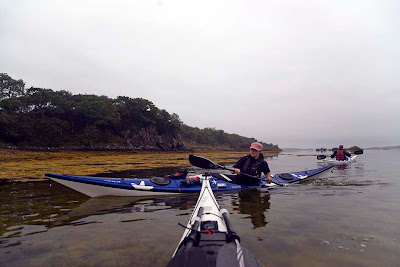 Once on the water it was slightly better, at least the midges had not followed us but the prospect of a sodden camp did not hold much attraction. 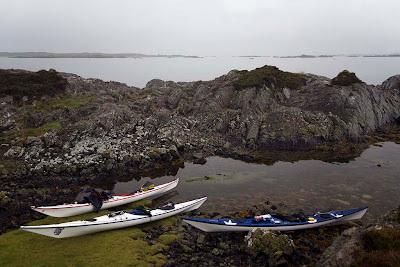 We paddled below a raised beach. The cliff behind was riddled with caves. We landed to explore an interesting one. In 1746 two French warships landed gold to support the Jacobite cause after their defeat at Culloden the year before. The Royal Navy blockaded the ships and some Frenchmen escaped with the gold on land. It was never found and is reputed to be hidden away in this area. 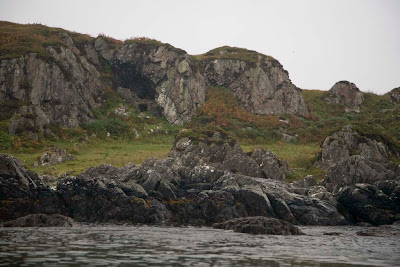 We climbed up to the cave. Its sheltering wall meant it was dry as a bone but despite a careful search no gold was found. We found some neatly carved graffiti from 1936 but nothing else. We had wondered about using the cave as a doss for the night but the smell of beasts was unappealing. 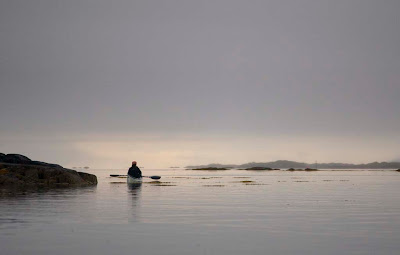 We paddled on under low clouds and rain but an occasional golden glow on the western horizon promised better...