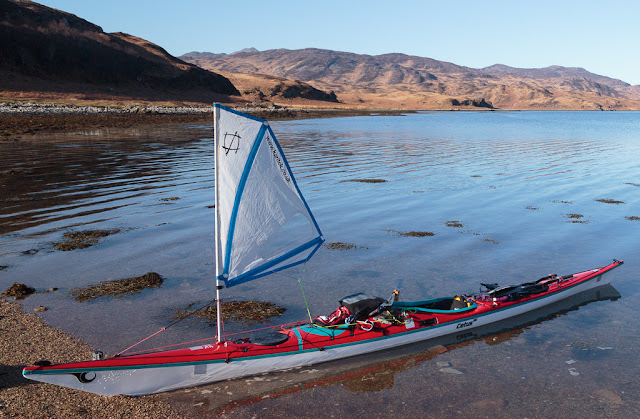 West Loch Tarbert (on the maps it is just Loch Tarbert but everyone calls it WLT!) is full of interest and we set off the explore the middle loch which is bounded by the two tidal narrows. There were many places to stop... 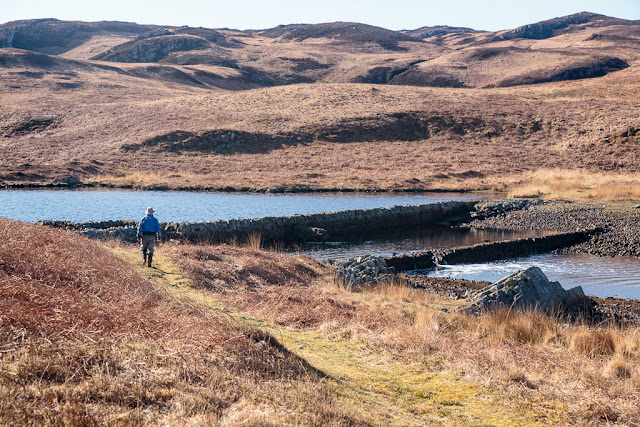 ...but we were particularly interested  in a little artificial loch at Cairidh Mhor. There are two dams with the newer one being higher. 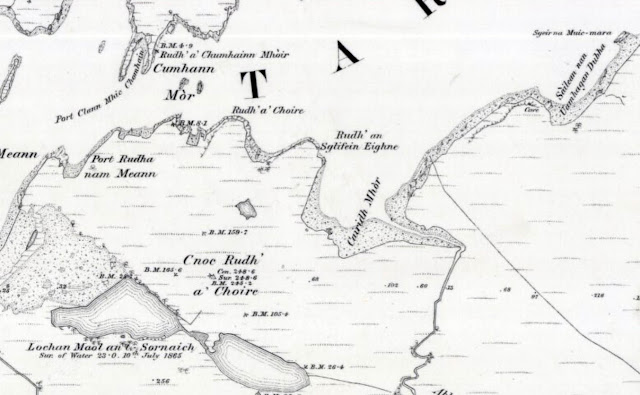 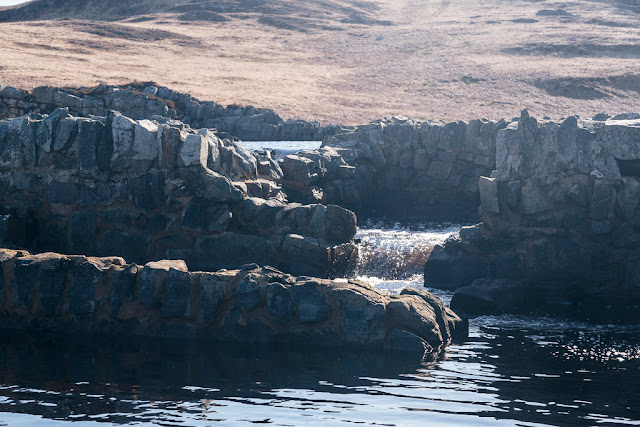 The fish ladder rises about 3 metres from the sea in... 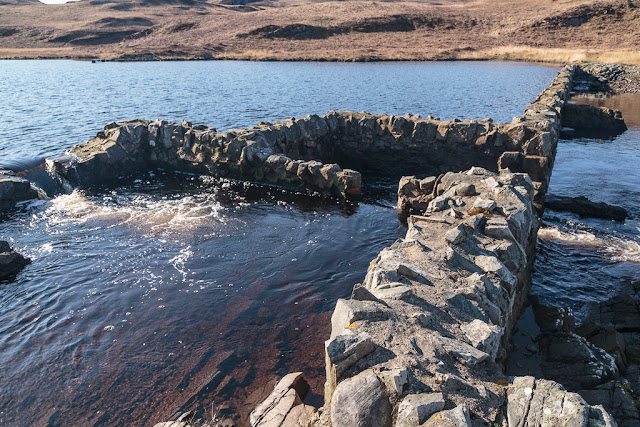 ...four steps. I expect it was built for sea trout. Fishing and deer stalking  provide a significant source of employment to the Jura population. 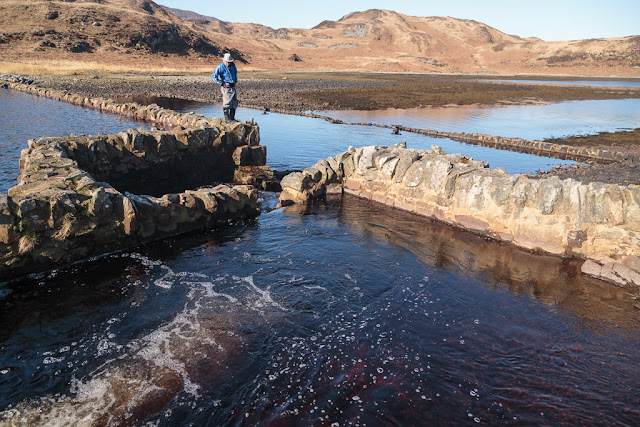 Tony was like a nimble mountain goat and hopped over the gaps to investigate... 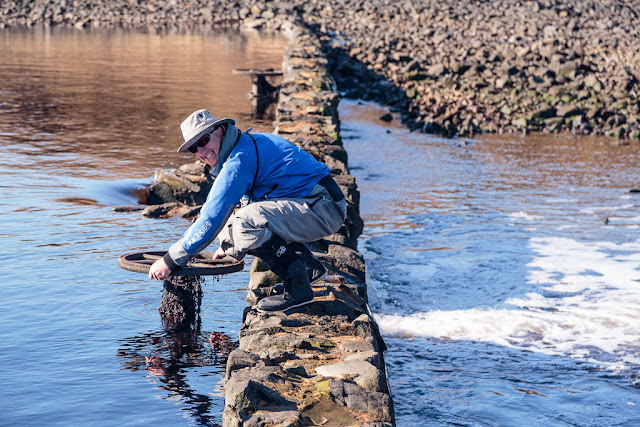 ...the majority of the outflow through the sluice rather than down the fish ladder. 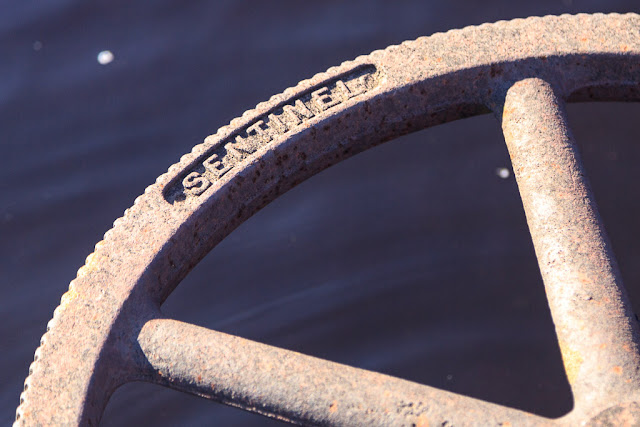 Of course he was only pretending to adjust the sluice, it was seized solid! 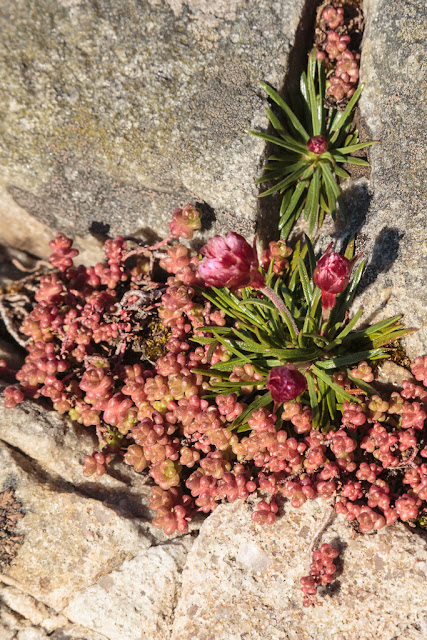 As my knees were killing me after the previous evening's portage I was certainly not leaping about like a mountain goat so I stayed on the shore and admired these alpine plants growing in cracks in the wall. 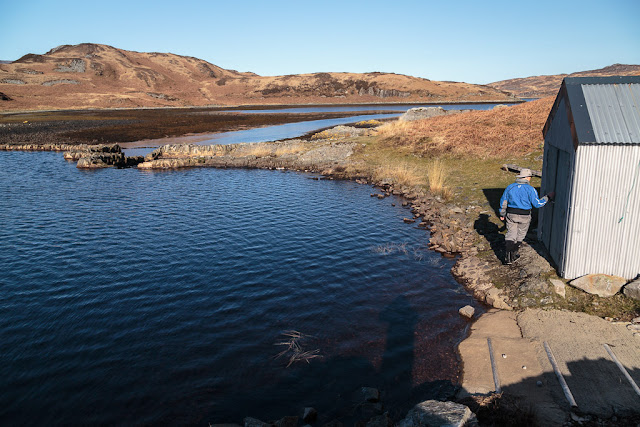 There is a boathouse and slipway on the east shore. 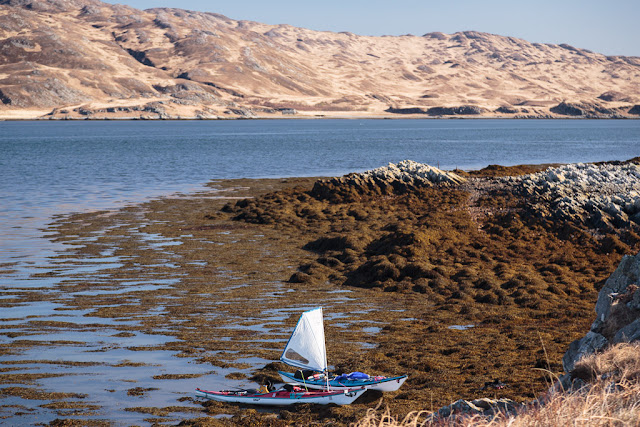 Then it was back to the kayaks to continue our exploration of West Loch Tarbert, Jura.
Posted by Douglas Wilcox at 12:22 pm No comments: