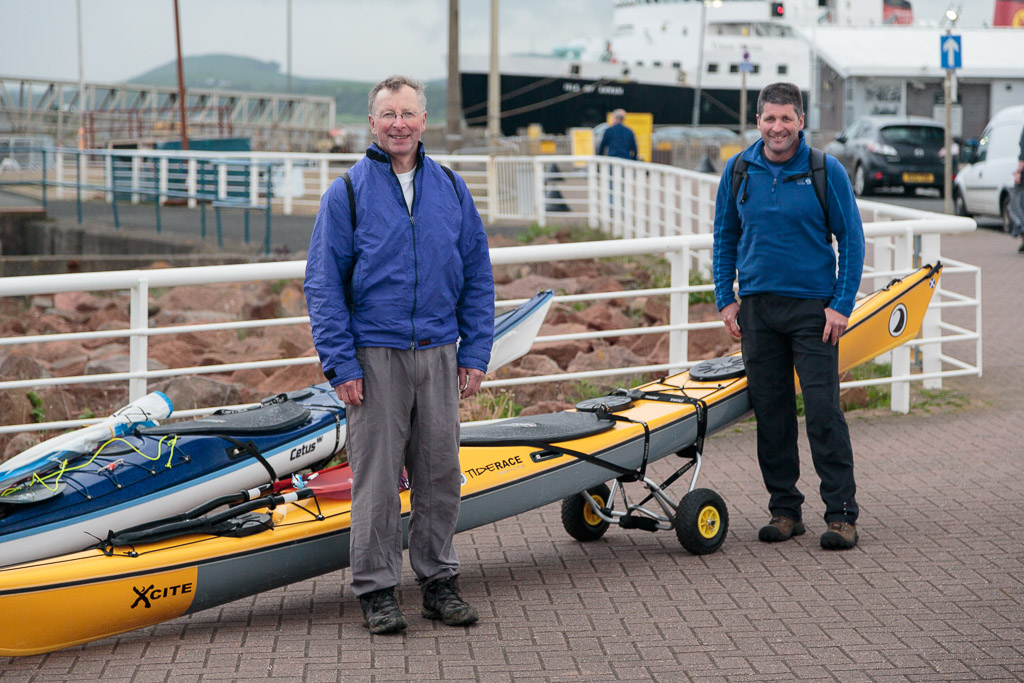 Ian is currently on shore leave from his sea faring job. So it was a great opportunity for Mike and I to get back on the water with him again. However, our plans for a bank holiday weekend on Tiree did not come to fruition due to a complex low pressure system sitting over the UK. In fact the weather was so bad that the Thursday ferry to Coll and Tiree from Oban was cancelled. With the weather gods clearly against us, we decided instead to meet at Ardrossan at 1630. This would give us time to get a weather update then catch either the 1800 ferry to Arran or the 1840 ferry to Campbeltown depending on the severity of the forecast. As the next few days were forecast to be F4-6 NE, we decided that the east Kintyre coast would be a long slog followed by a rough crossing of the Kilbrannan Sound to back Arran so we... 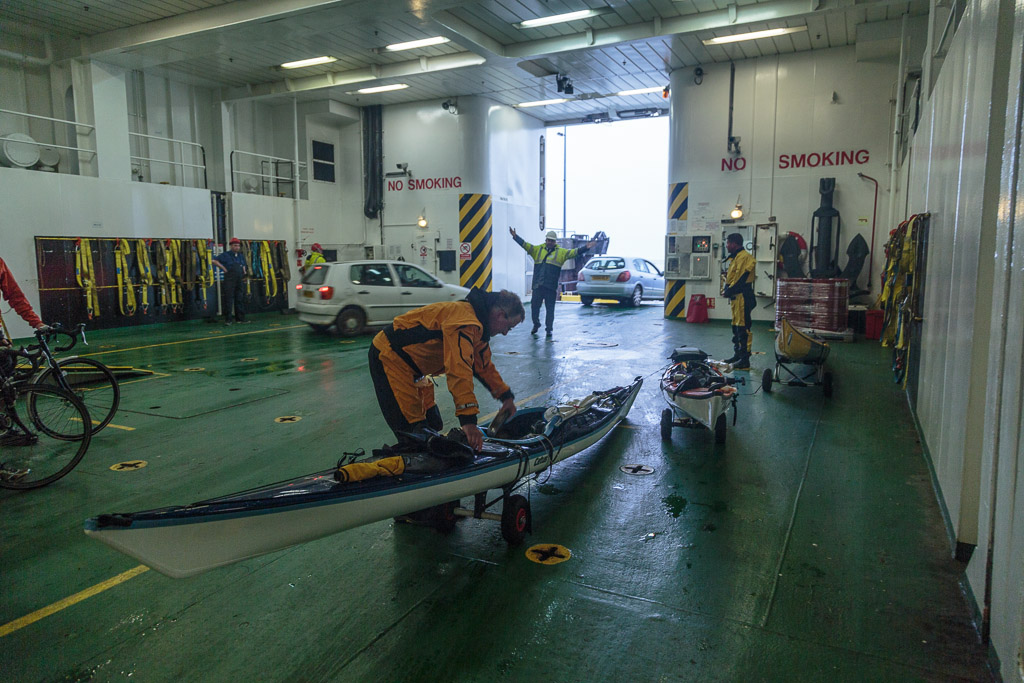 ...decided to head for the Arran ferry instead. When we arrived it was pouring with rain so we changed into our dry suits in the comfort of the car deck as the vehicles were disembarking before us. 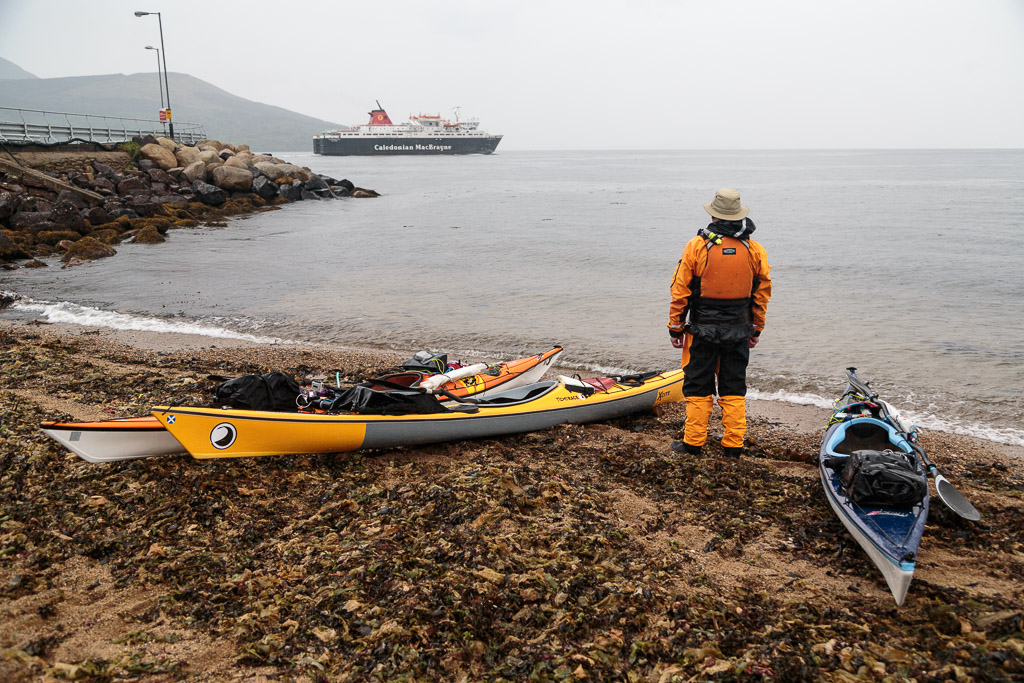 We were on the water just after the MV Caledonian Isles left to return to Ardrossan however, we were slightly delayed in setting off. The little beach to the east of the ferry jetty is composed of coarse sand and fine shingle. There is guaranteed to be something that will jam every skeg box and indeed each of us had to clear our skeg boxes twice before we had working skegs. 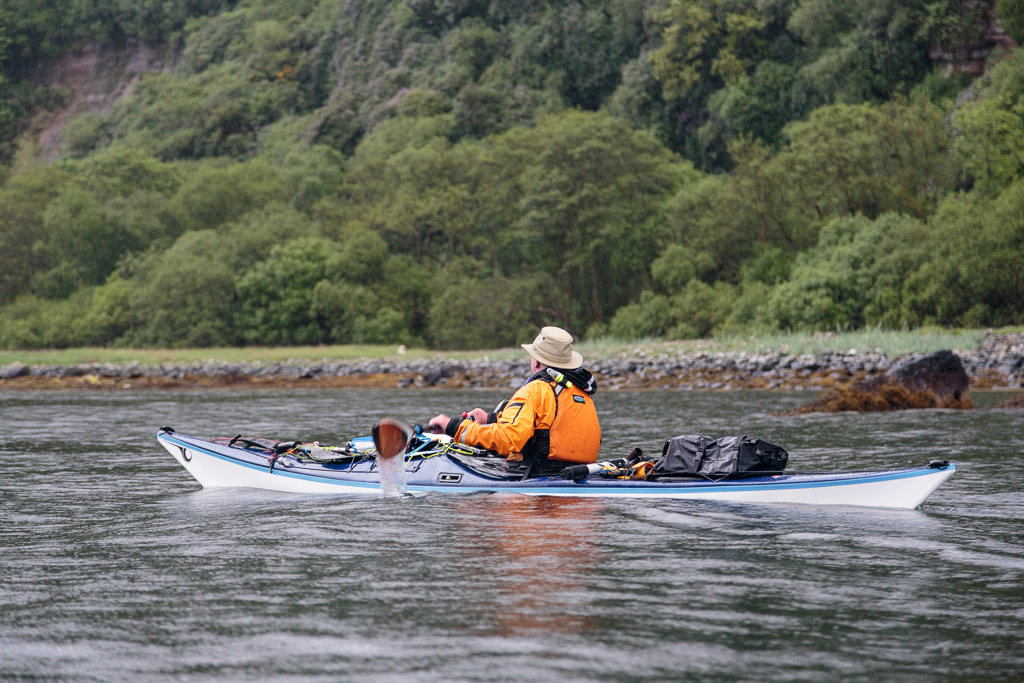 We decided to circumnavigate clockwise and spend the first two days running south before the strongest winds of the weekend. I always enjoy the sense of weightlessness that occurs as soon as you get a heavily laden sea kayak afloat. Soon after leaving Brodick we spotted the first of many otters we would see round Arran.The woods along the shore were full of birdsong. The pouring rain did nothing to dampen our spirits but looking back... 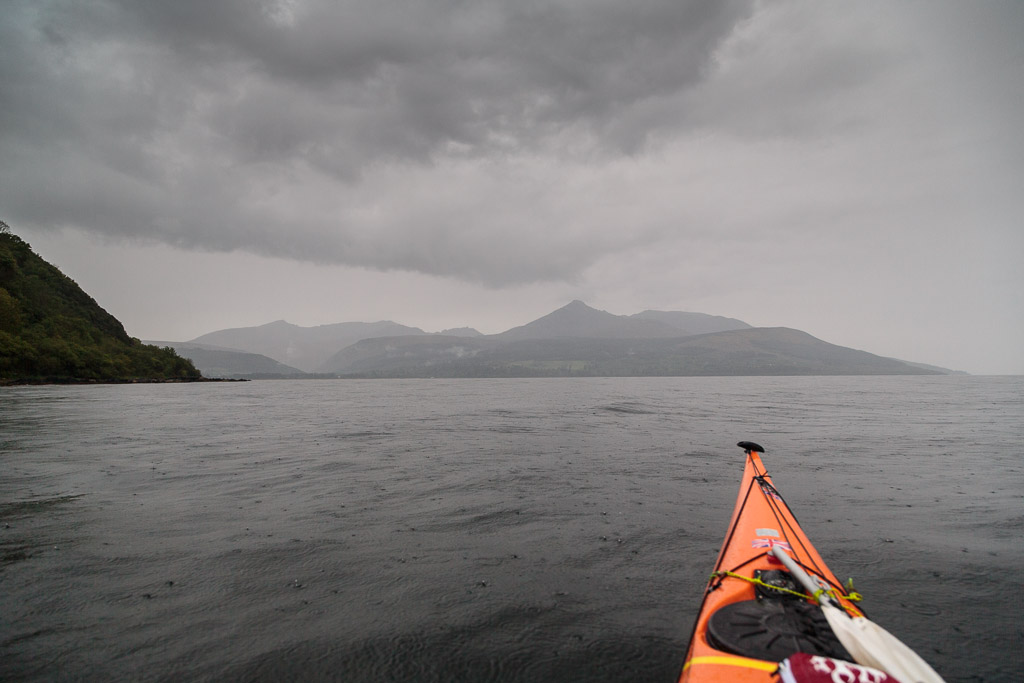 ...a stream of dark clouds was streaming downwind from the summit of Goatfell. 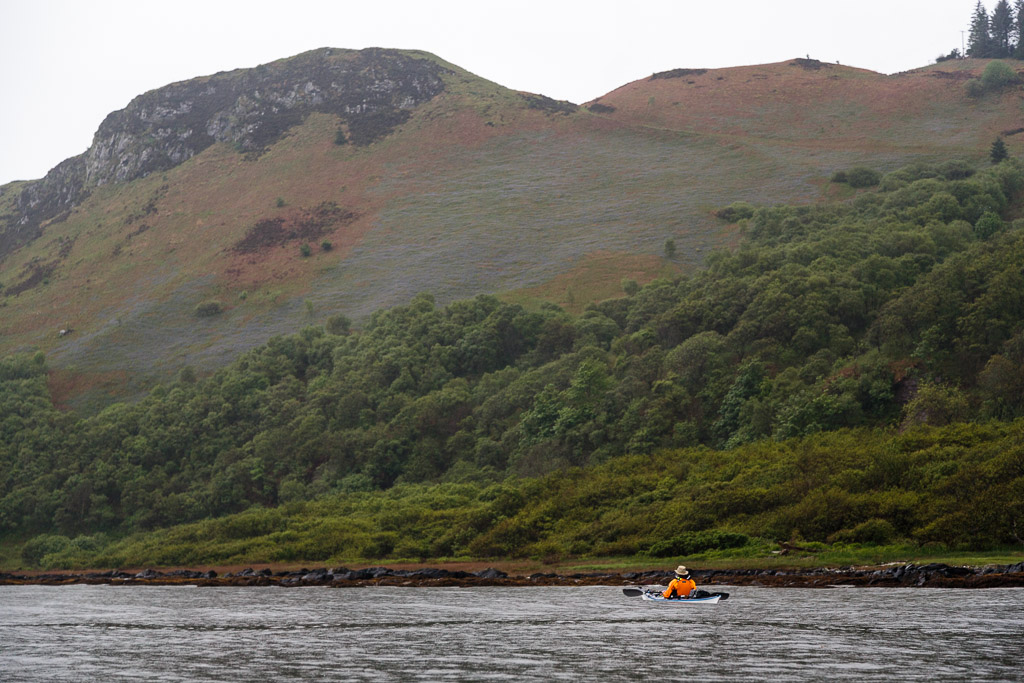 The east Arran hills were still covered in wild hyacinths which are commonly called bluebells (but the Scottish bluebell is actually the harebell). 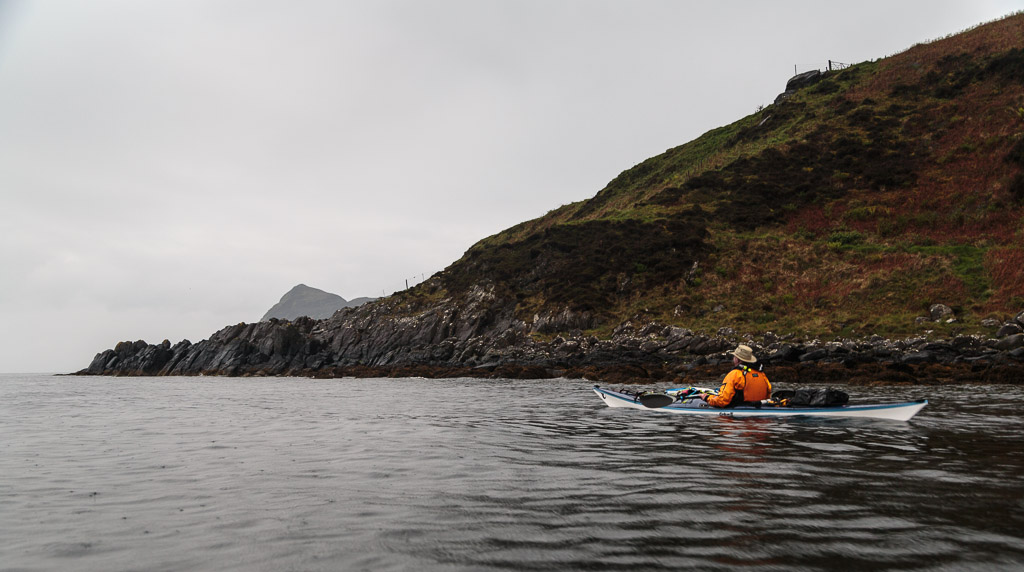 Just before 20:15 we spotted the peak of our destination, Holy Island rising behind Clauchlands Point. There have been  recent problems of access for wild camping on Holy Island caused by the Buddhist monks banning camping, However, I had recently been reassured by the Ayrshire and Arran Access Officer that the the monks (who own) the island had now accepted that under the Scottish Land Reform Act, they could not ban people from wanting to wild camp. However (as of today) the Holy Island web site still states "We strongly discourage camping anywhere on the island" which is clearly at odds with the Law of Scotland. What sort of welcome would we get...?