Not enough puff for the West Kyle! 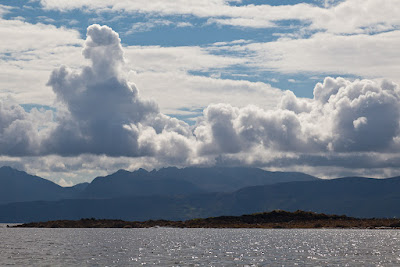 In the wind shadow of Scalpsie Bay on Bute we caught up with Tony and Gavin's news while enjoying the view to Arran's rocky ridges over the Sound of Bute. 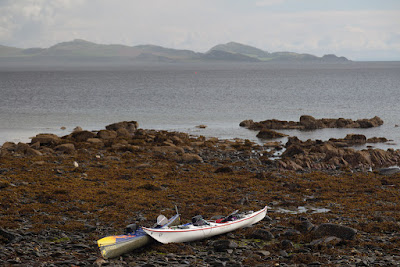 as the spring tide rapidly ebbed from the bay... 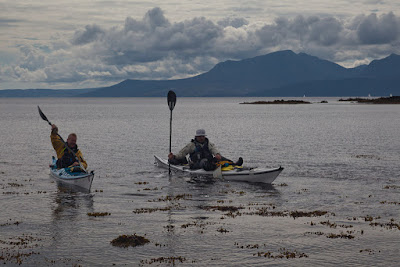 ...it was time for Tony and Gavin to depart. They had a long slog against the tide and wind up the west Kyle to the Burnt Islands area where they planned to camp. 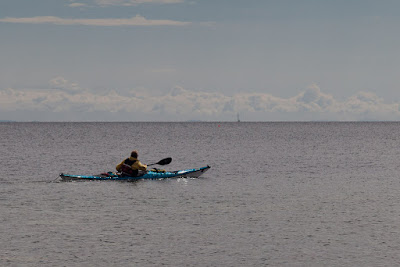 Jim and I had originally planned to accompany them as far as Inchmarnock at the entrance to the West Kyle before returning to Portencross. Unfortunately some of the pain killers I have been taking for my knee have aggravated my asthma so I decided we had come far enough. As Jim and I finished our lunch, HMS Dragon slowly cruised down the Clyde on her sea trials. She didn't appear to be in a hurry to go anywhere either.
Posted by Douglas Wilcox at 7:57 am No comments: