A drink made from some unknown kind of fog! 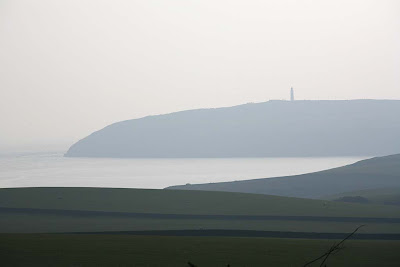 The foggy ramparts of the Mull of Galloway were the scene of the final battle between the Scots and the last of the Picts of Galloway. The Picts had managed to repel successive waves of invaders including the Romans and the Anglo-Saxons. How could this warrior race have been defeated by the Scots? One reason for their down fall may have been their secret brew! A Scots historian wrote: "The Picts brewed some awful grand drink they ca't (called) Fraoch Leann from heather and some unknown kind of fog". The Scots king coveted the recipe for this heather ale and was determined to get it from the last surviving Picts. 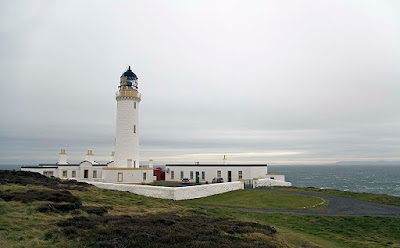 The Scottish writer, Robert Louis Stephenson, was the grandson of George Stephenson, who had built the Mull of Galloway lighthouse in 1830. R.L. Stephenson had visited Galloway on a walking tour and had heard of the legend of heather ale. He composed a poem based on the story called “Heather Ale: A Galloway Legend”. In it he has a pretty good idea of what led to the Picts’ downfall.

“They brewed it and they drank it,
And lay in blessed swound,
For days and days together,
In their dwellings underground.”

After the battle, the king of the Scots tortured an old man and his son, who were the last two survivors of the battle. The king said he would spare one of them, if he was told the recipe for Fraoch Leann. The old man knew they were both doomed and blurted out, “Spare me, and I will tell you!” So the son was thrown into the sea below the Mull. 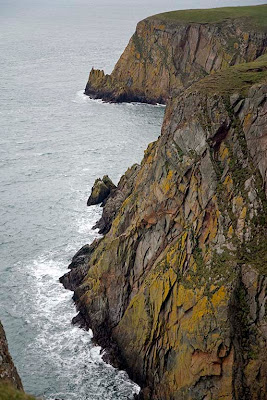 The king again demanded the recipe but the old man said, “I feared my son might tell you to spare me”. R.L.S. continues the story:

“But now in vain is the torture,
Fire shall not avail:
Here dies in my bosom
The secret of the Heather Ale."

The old man leaped over the cliff after his son and the Galloway Picts and Fraoch Leann were apparently no more....