Eilean Dubh, the dark island of the Kyles of Bute. 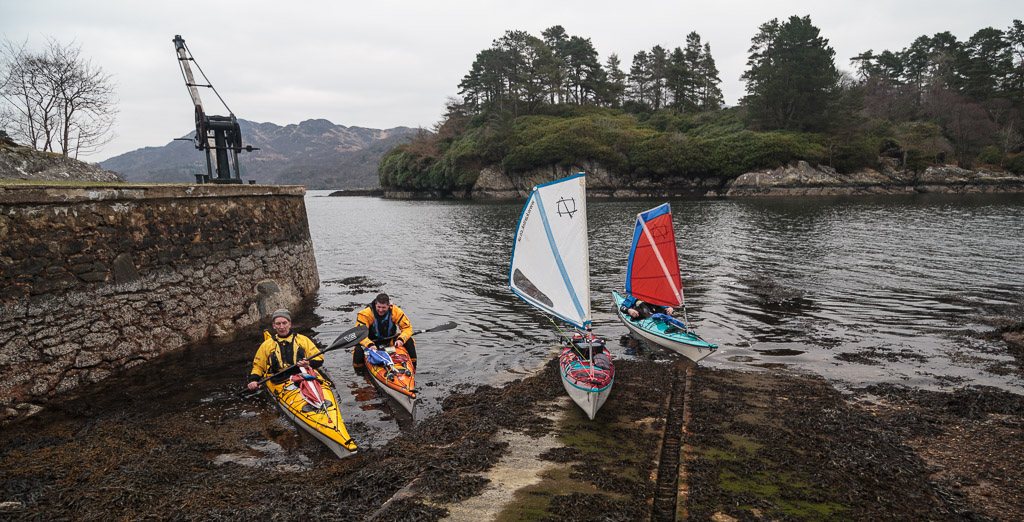 We set off from Caladh Harbour to exit via the north channel with the thickly wooded island of Eilean Dubh on our starboard side. 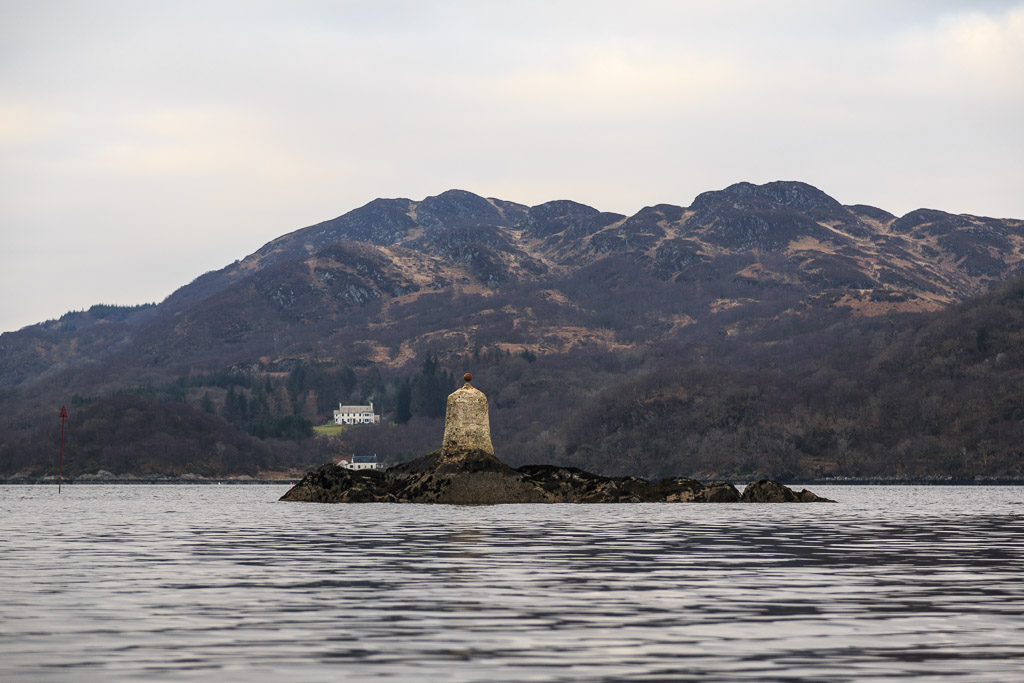 Like the south channel, the north channel also has a stone beacon to mark the entrance. 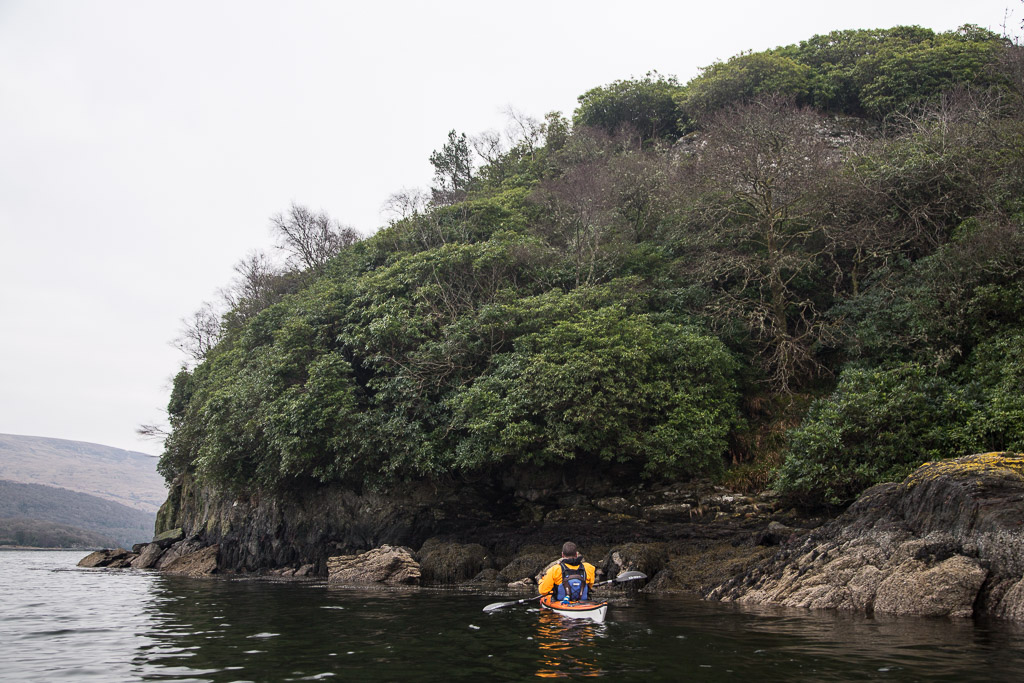 Eilean Dubh means the dark island and the dense growth of non-native rhododendron means that not much light reaches its base and so it gradually chokes out native species. Many places in Scotland are trying to eradicate rhododendron such as... 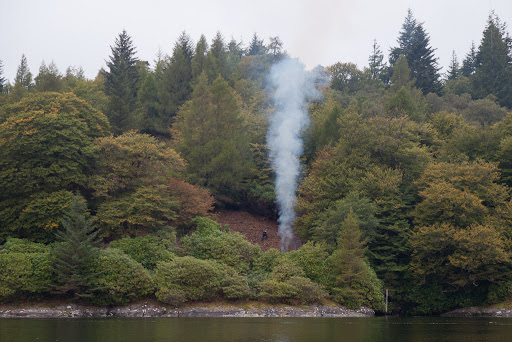 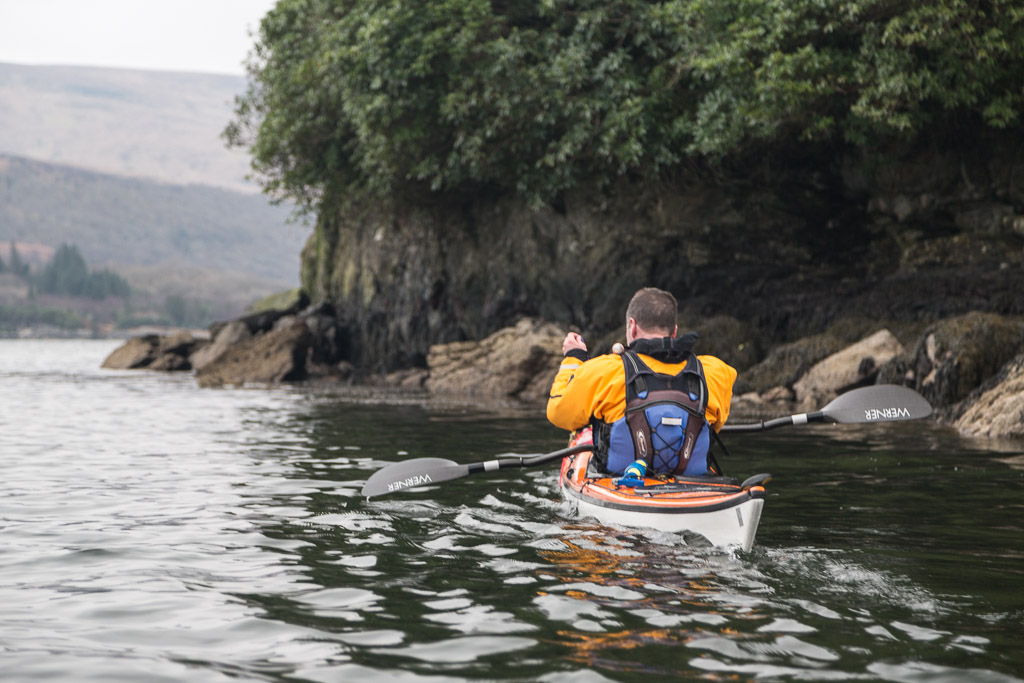 Back in the Kyles of Bute, we paddled round the steep, dark shore of Eilean Dubh till we came to.. 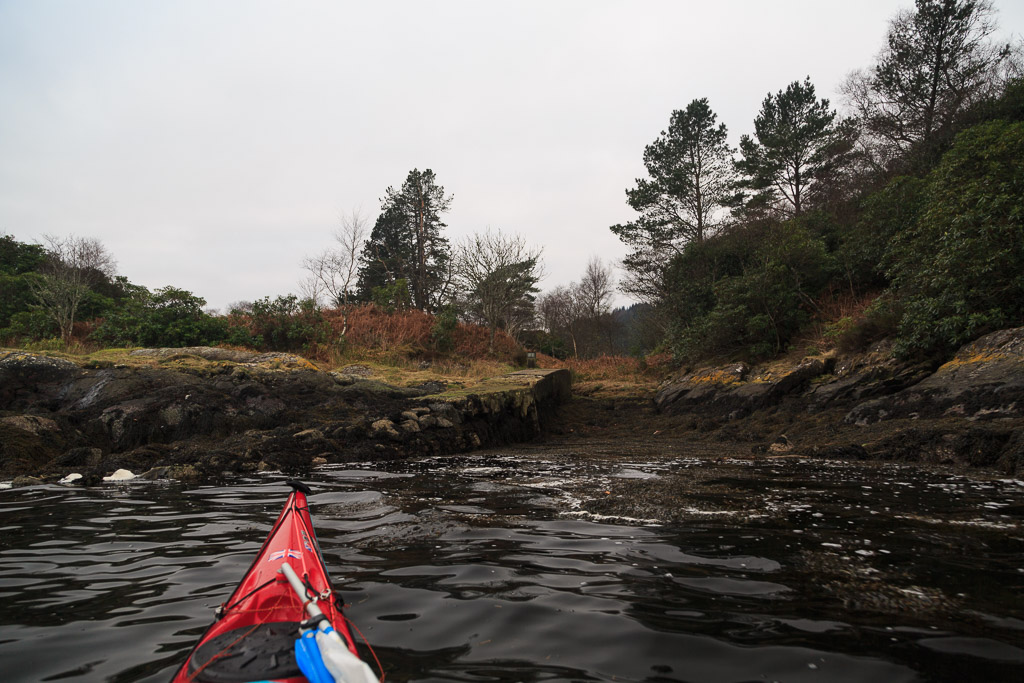 ...one of the few landing sites which is situated on the east side of the island. 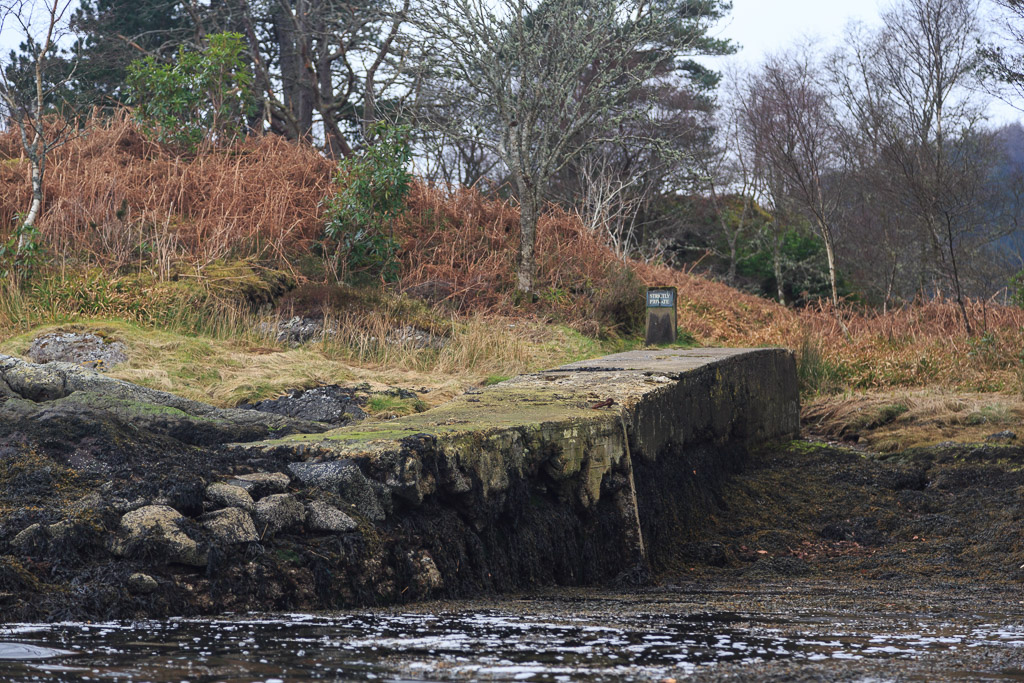 The sign at the top of the jetty says "Strictly Private". This of course is irrelevant since the  Land Reform Act (Scotland) was introduced. There is a path from the jetty to the burial ground of the Clark family (of Clarks Shoes)  who owned the Caladh estate for much of the 20th century. There are eight graves dating from 1937 to 1999. Sadly one is of a child who died at only 9 years of age. We decided not to land.

Posted by Douglas Wilcox at 11:51 am No comments: