"Probably the least visited nudist beach in the known universe" 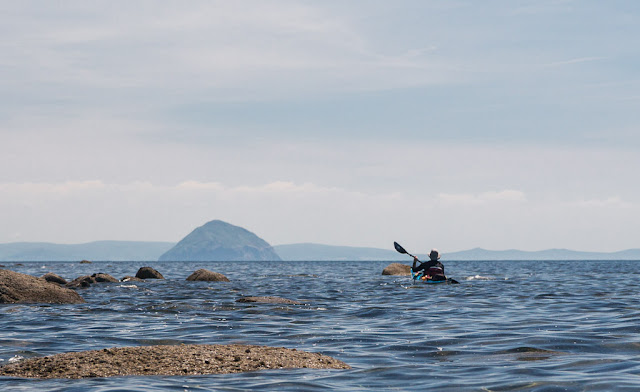 We set off from Brown Head round the SW corner of Arran. All the time Ailsa Craig was growing on the horizon but we did not spend all the time gazing out to sea. 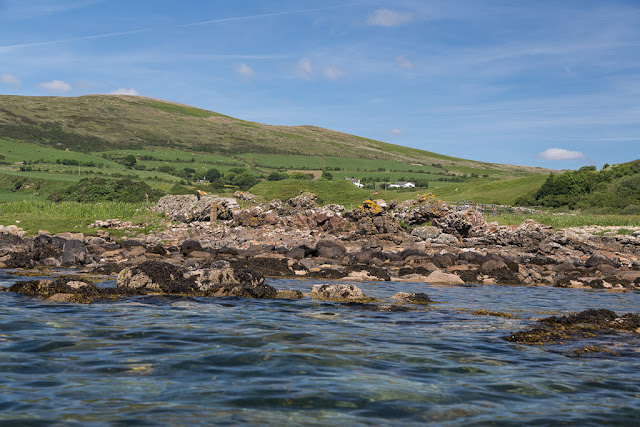 At Corriecravie I thought of all the hard work of my ancestors who were tenant farmers here from at least the early 1700's until the 1930's. The four top fields are still the greenest on Arran! 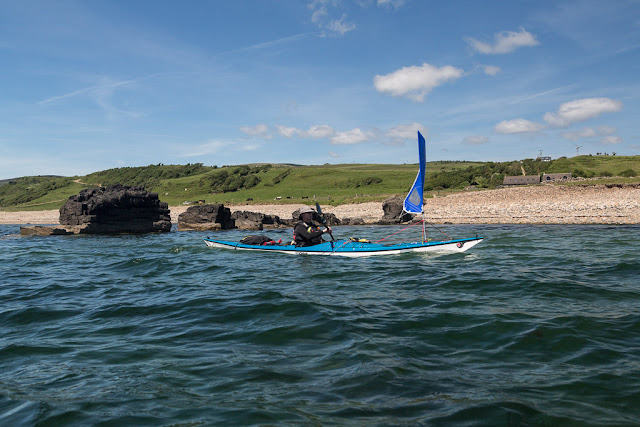 SE of Corriecravie, the beach consists of basalt dykes... 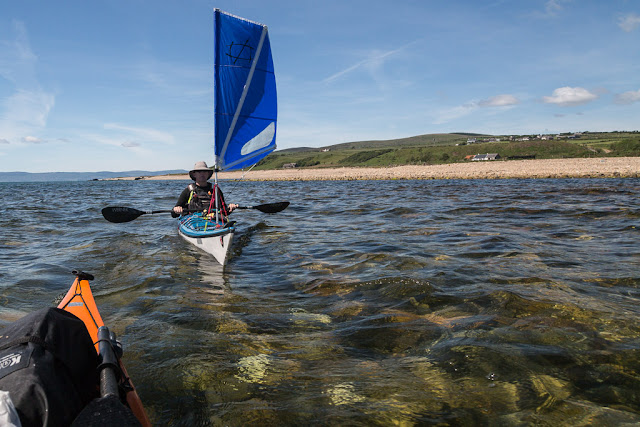 ...rocks below the water and shingle at the HW mark. 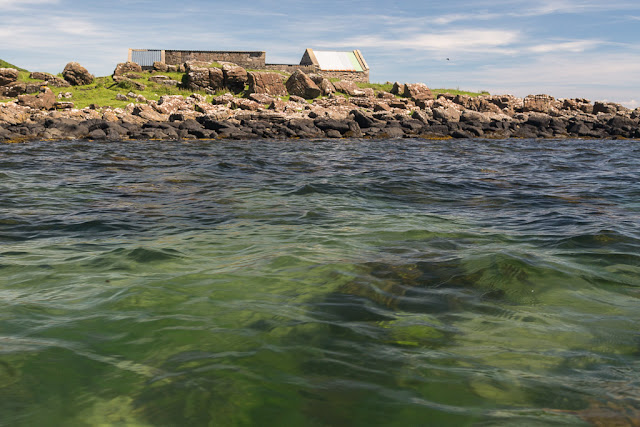 As we approached Cleits Shore patches of sand appeared and... 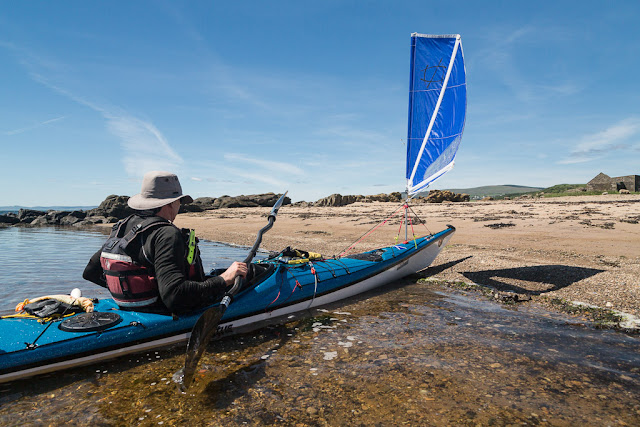 ...it looked an ideal spot for third luncheon. 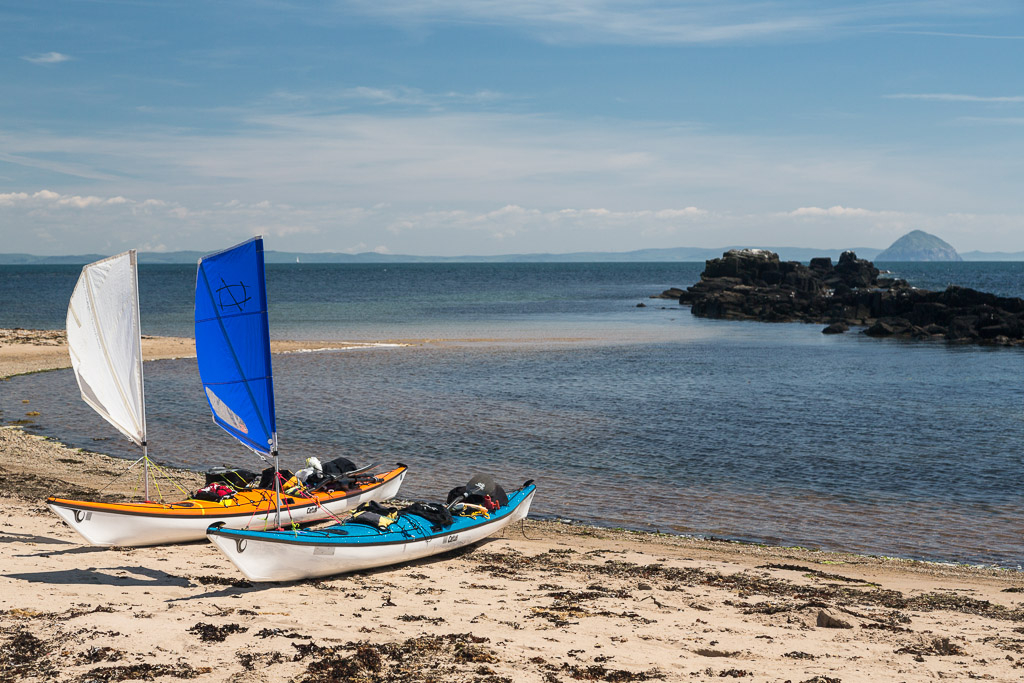 Cleits Shore is one of the few official naturist beaches in Scotland. The book "Bare Britain" describes it thus... "probably the least visited nudist beach in the known universe.". Whatever, it seemed churlish to leave without making full use of the local facilities, as I am sure my ancestors did.