A peculiarly cold form of burnishment, in Port William. 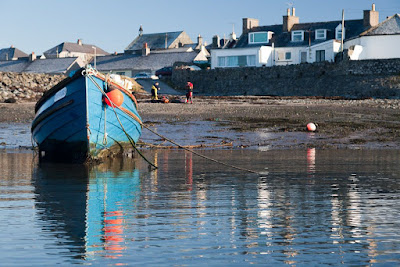 The tide was ebbing fast from the little harbour of Port William. The village was  planned and built in the 1770's by Sir William Maxwell of Monreith. 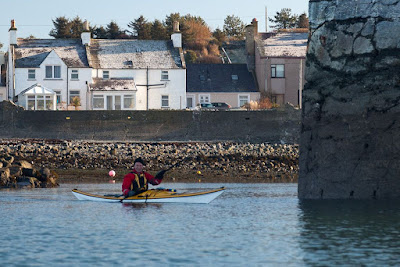 The harbour is one of very few on the west of Galloway and like most in the area it dries out. Although the sun was now rising in the sky, the roofs of the village houses were still covered in frost. 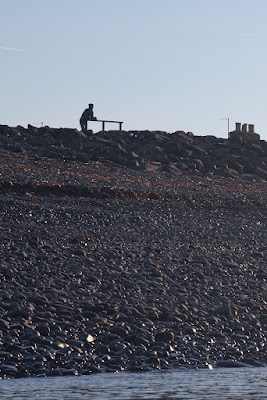 Our departure was watched over by "the Man"... 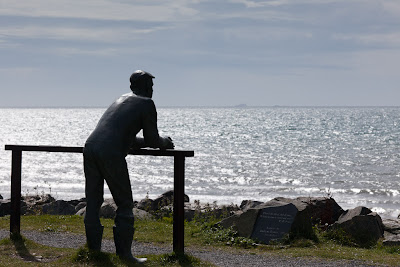 ...a weathered sculpture in bronze  by local man Andrew Brown (2005). I think he has caught something of the character of the good folk of the Machars. The verdigris caused by exposure to the sea air has been burnished  by the shoulders and arms of many tourists who take time to share his viewpoint. 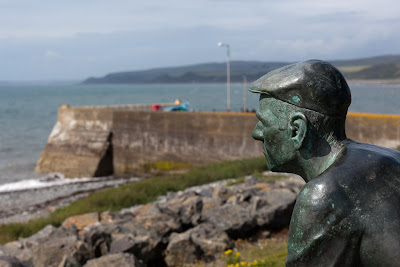 What is this life, if full of care,
We have no time to stand and stare?
W.H. Davies 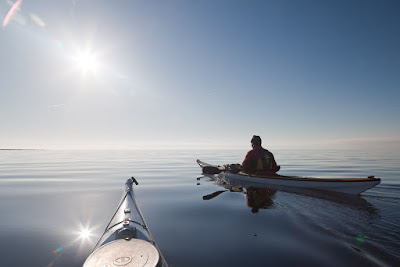 The winter sun also burnished the sea but it was a peculiarly cold form of burnishment. 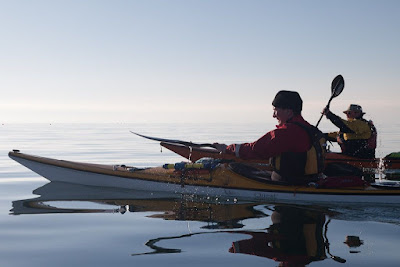 We pressed on to make up time which was lost deep in those Galloway lanes. 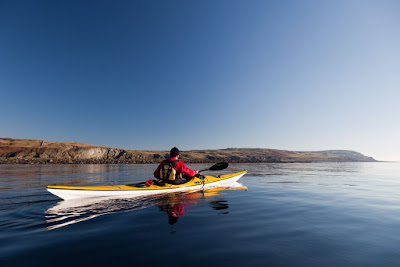 The whole of Luce Bay is designated as a Special Area of Conservation. 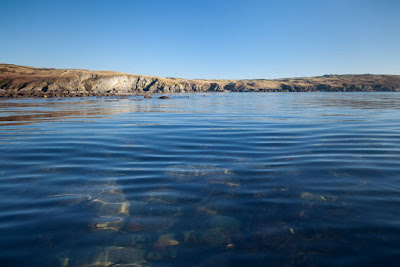 We paddled past clear waters off the Point of Lagg which were... 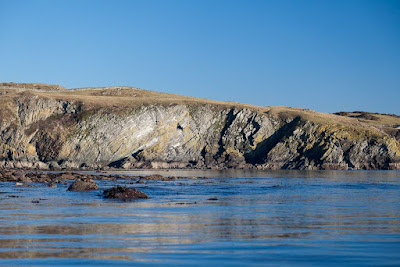 ...backed by the rugged cliffs of Cairndoon.
Posted by Douglas Wilcox at 7:00 am No comments: