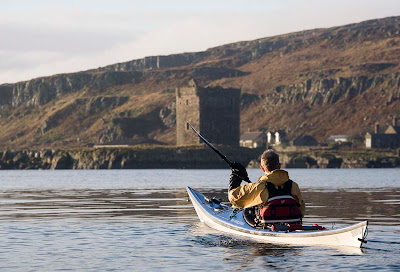 Approaching Little Cumbrae the view is dominated by its 14th century castle, which is built on Castle Island, a tidal islet lying off the east shore. The Little Cumbrae lies in a strategic position in the middle of the narrow entrance to the upper Firth of Clyde which is the seaway to the heartland of Central Scotland. It is no accident that the Scots fought the Vikings nearby at the Battle of Largs and that the Royal Navy nuclear submarines still pass this little island. 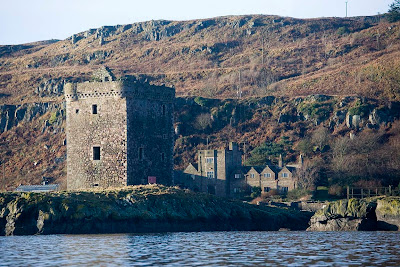 It was constructed by Walter Stewart who was King Robert the Bruce's son in law . 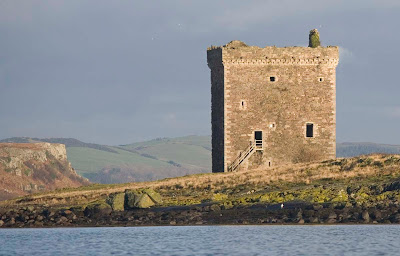 Like many Scottish keeps, its single entrance is on the first floor. 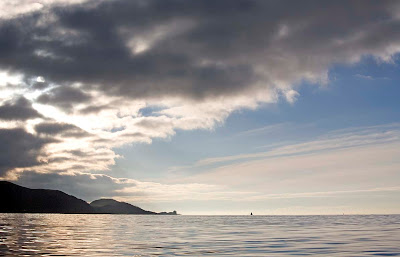 A similar keep can be seen standing on a rocky promontory at Portencross on the other side of the Fairlie Roads.