Luncheon on a gravel bed in the River Lochy. 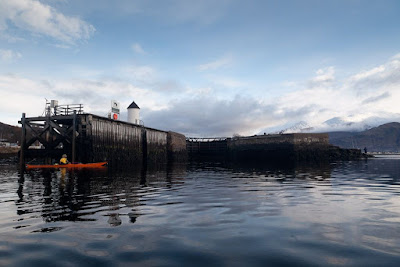 The sea lock of the Caledonian Canal opens to Loch Linnhe beside Corpach pier. 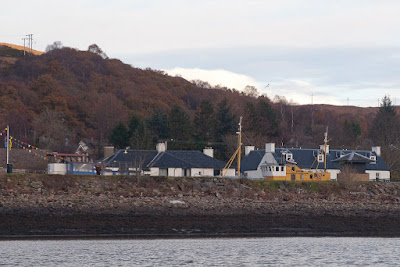 For a little while, the canal follows the shore and we paddled below some fishing boats. 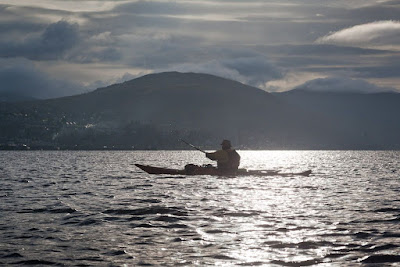 We now crossed the head of loch Linnhe towards... 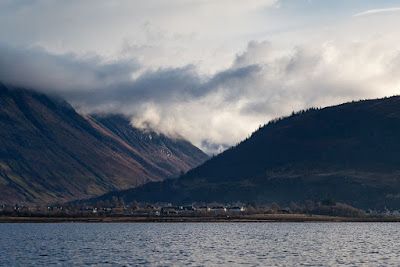 ... Fort William. Unfortunately we turned left instead of right. 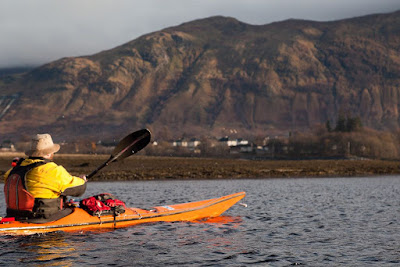 The first warning of our mistake was that the kayaks' seam lines were closer to the water, and talking of water, it was decidedly the lo-salt variety. 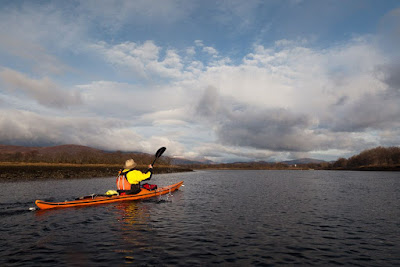 We had entered the River Lochy, which drains the wettest part of Scotland and so is quite big. 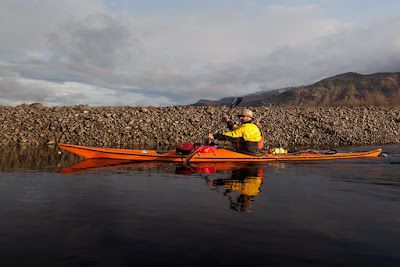 Being in a dryish spell, we paddled below great banks of shingle, which rather restricted our horizons. 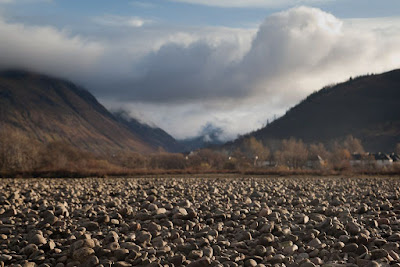 It was quite surreal, every so often our eyes rose above the shingle bank and  suddenly the landscape was revealed to us. In this photo I am looking straight up Glen Nevis, where much of the shingle will have come from. 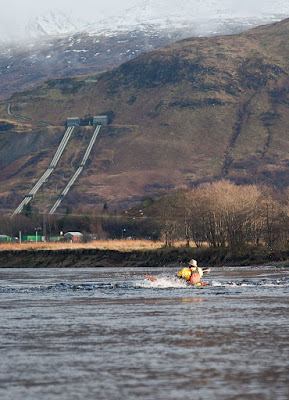 We eddy hopped upstream but eventually the current became too strong. We ferry glided across the main flow to take a break on a shingle bank in the middle of the river. Jim had hoped to get up to the "smelter play wave", where the water exits from the hydro power station that provides the electricity for the aluminium smelter. It opened in 1929. The pipes carry the water for 24 km under the mountains and exit from the slopes of Ben Nevis. The plant produces 40,000 tons of aluminium each year and employs about 174 people. 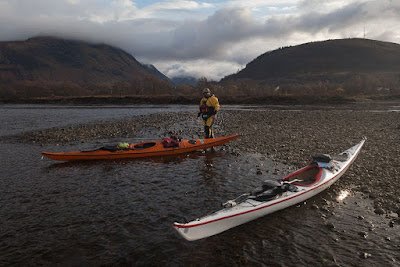 It was a well earned break for a luncheon on an exposed part of the river bed. 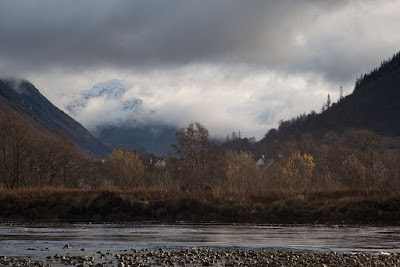 The view up Glen Nevis to Sgurr a' Mhaim (1099m) made this one of the best lunch spots ever. However our sojourn was cut short, the river was rising due to the high tide in Loch Linnhe and our little world steadily shrunk. It was time to go...
Posted by Douglas Wilcox at 7:00 am 2 comments: