When mountains crumble to the sea. 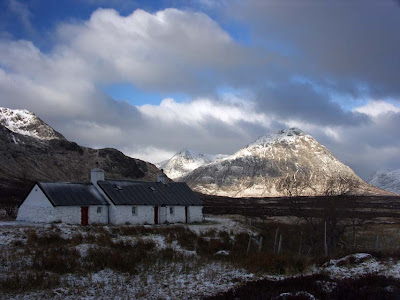 If the sun refused to shine, I would still be loving you.
When mountains crumble to the sea, there will still be you and me.
"Thank You" Led Zeppelin

Finding an erratic pink rhyolite pebble on the beach at Inchmarnock took my mind to its source. It came from the mountain of Buachaille Etive Mor which sits between Glen Etive and GlenCoe nearly 100km away to the NNE. Its Gaelic name means great shepherd of Etive. It is composed mainly of rhyolite, a pink volcanic rock, which gives excellent scrambling and rock climbing. 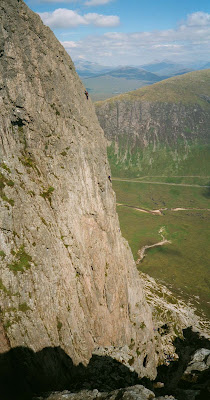 This is the Rannoch Wall which has many popular climbing routes. 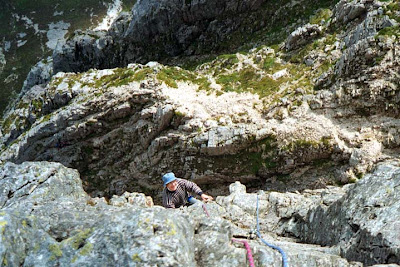 My friend, John, completes a climb up the face of the Rannoch Wall, 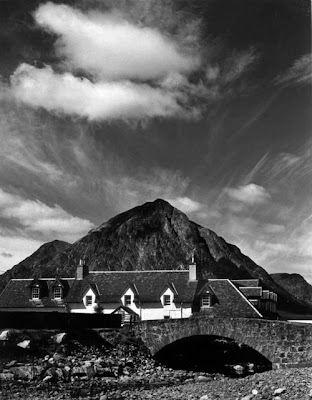 This is an old B&W print I took in 1973. I used an orange filter to darken the blue in the sky. It shows the King's House Hotel, which is situated at the Buachaille's feet. It was one of the old staging inns at which horse drawn carriages would stop after a day's travel. The next inn on the road north is the Clachaig, at the west end of Glen Coe, some 14km away and the next to the south is the Inveroran Hotel, 15km to the south over the Rannoch Moor, near the shores of Loch Tulla. It took a long time to travel in those days. 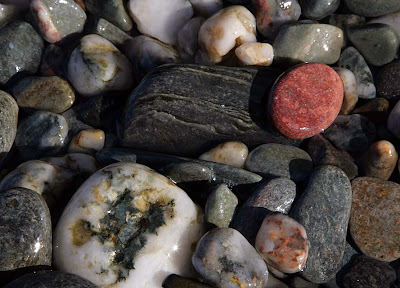 I wonder how long this pebble took on its journey south to Inchmarnock?
Posted by Douglas Wilcox at 9:36 pm 5 comments: