The Rise and Rise of Lomo Man! 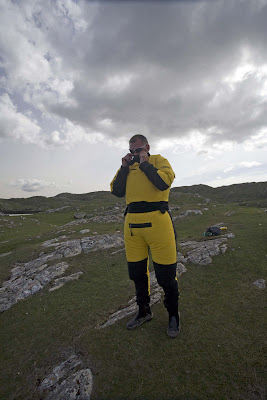 Something strange began to happen to our mild mannered friend Andy. He began to run around madly looking for a telephone box. Unfortunately there was none to be found on the machair of Pabaigh Mor 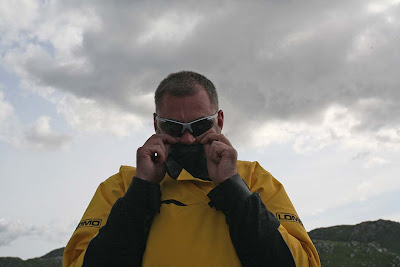 Giving up his quest, Andy began to grunt and his facial features contorted. 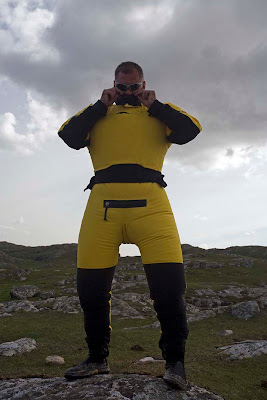 His whole body began to inflate in size and adopt a turgidity we had not seen before. 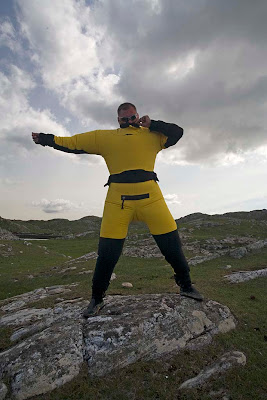 Then as his body grew ever more erect, first one arm... 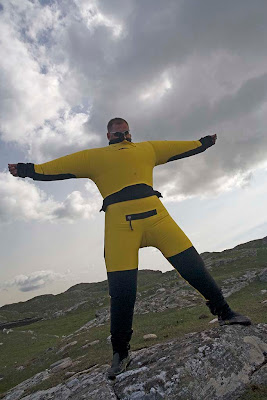 ...then the other sprang out into the unmistakable pose of LOMO MAN! Although he wore neither cape nor pants over his trousers, our friend Andy had now transformed into one of the most feared of all the SUPER HEROES! 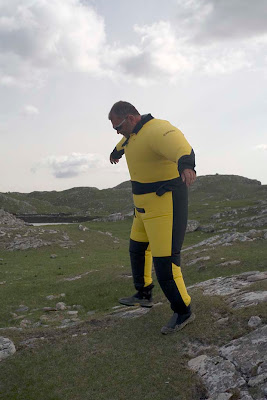 LOMO MAN caught sight of the ocean and with a final snort, he was off... 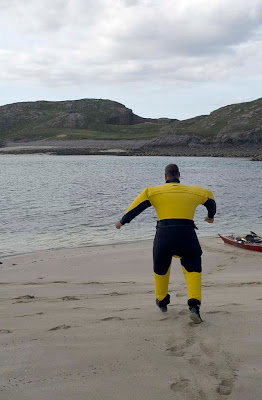 .. and like a newly hatched turtle, his priapic figure made a beeline for the water. At last he was at one with the Ocean and then (hushed David Attenborough voice) he began cooing! A disturbance in the water occurred, at first we couldn't see what was happening... 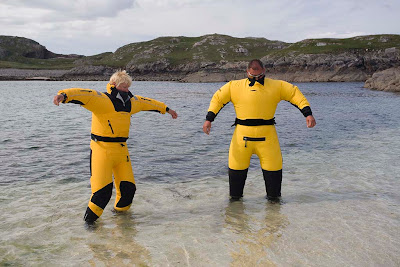 ...and then LOMO MAN emerged with a mate!

When you next visit Pabaigh Mor, keep a sharp eye open for little Lomolettes!

Needless to say, Andy's Lomo dry suit proved to be completely water and air tight during the gruelling transformation from mild mannered kayaker to LOMO MAN!