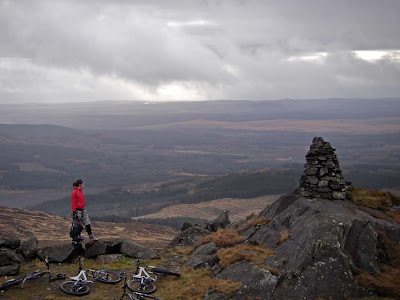 The summit of wind swept Bennan in the Galloway Hills. 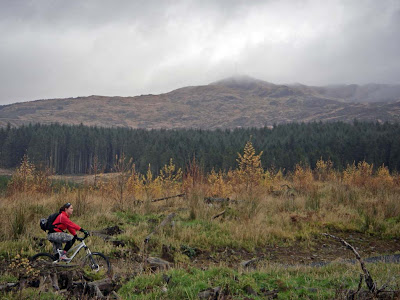 Jennifer with Bennan disappearing into the mist.

We have recently visited the Glen Trool Blue route a couple of times to increase our cardiovascular fitness and stamina to cope with winter paddling conditions in Scotland. The Blue route has some fantastic berms on its final decent and is certainly not blue at the speed we go down it. However, it is only 8km long, so on our first visit we went round it twice.

Today we decided to tack the gruelling ascent of Bennan (562m) on to make it a little longer. 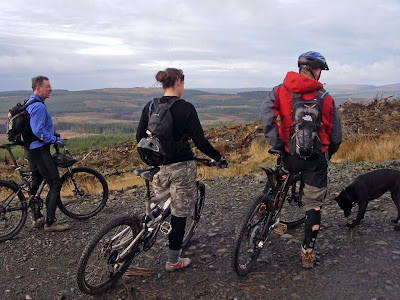 Mike, Jennifer, Tony and Bob on the way up. The way back down to the blue route passed in a blur. 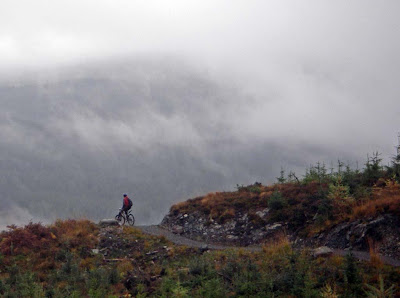 We rejoined the blue route for its final decent. 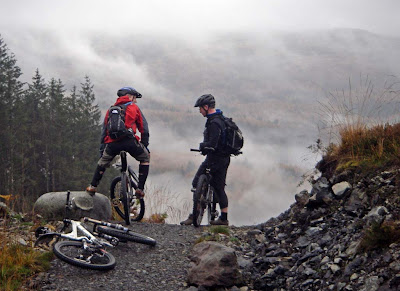 Glen Trool is down there in the mist. 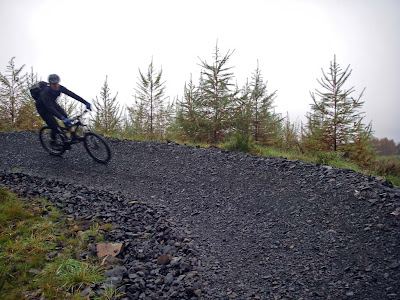 One fantastic berm after another leads to... 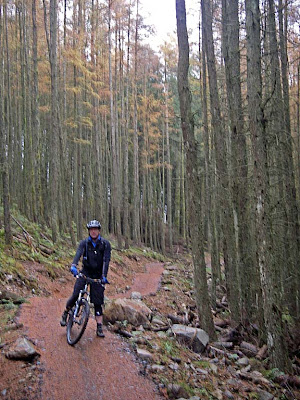 ...a final blast through a larch plantation. 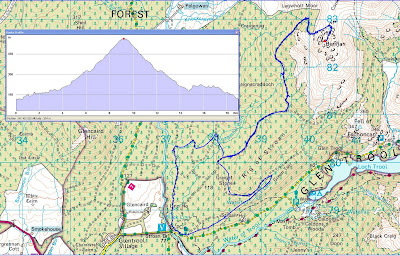 We deserved a pint of Guinness in the Black Bull (est 1766), Straiton on the way home. In case you think we have undone all the goodness of the exercise, here is a fascinating scientific fact which I gleaned from television last night. Imagine four pint glasses on a bar. The first is filled with milk, the second with freshly squeezed orange juice, the third with lager and the last with Guinness. Which one has fewest calories?

Well it's the Guinness of course. It's a health drink!