We left Ballantrae in beautiful early February sunshine. The bay and village were framed by Bennane Head and Knockdolian which in misty conditions could often be mistaken for Ailsa Craig. Many sailing ships found themselves foundering on the steep shingle shore instead of being in the deep water on either side of Ailsa Craig. To this day local seafarers call Knockdolian "False Ailsa Craig". 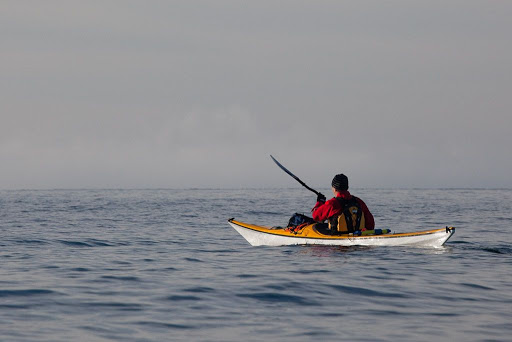 To the south banks of sea fog hid the south Ayrshire coast and the more distant Milleur Point. 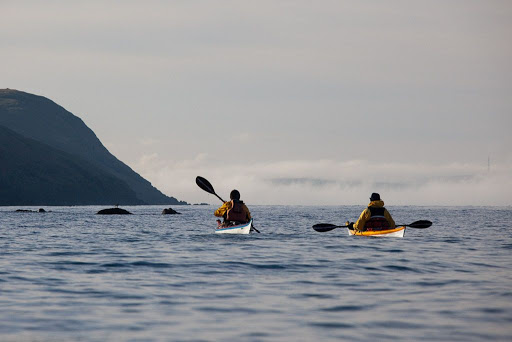 Gradually the fog dispersed revealing a magnificent series of headlands receding into the distance and Loch Ryan. 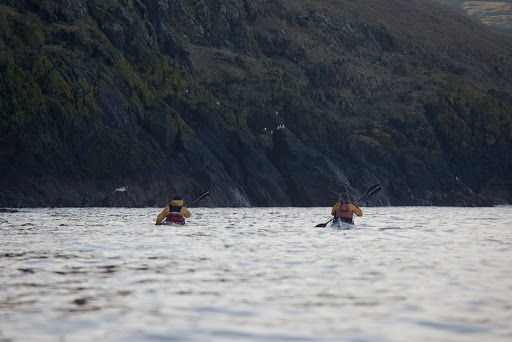 Soon we were paddling below steep ramparts, deep in the shade of the low winter sun. 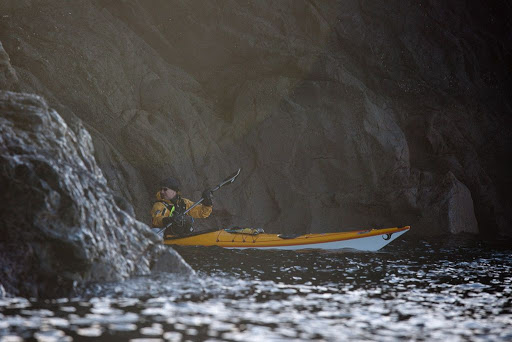 The cliffs have a number of caves at their base, inside one... 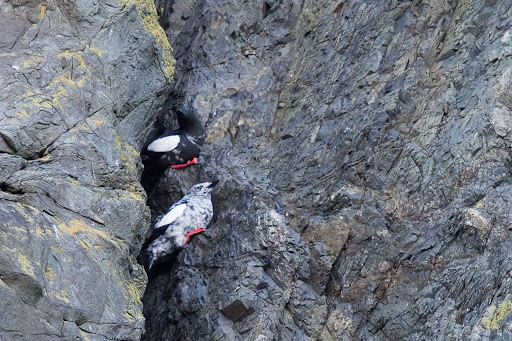 ...this pair of black Guillemots were peacefully moulting into their adult summer plumage but turned their heads in amazement... 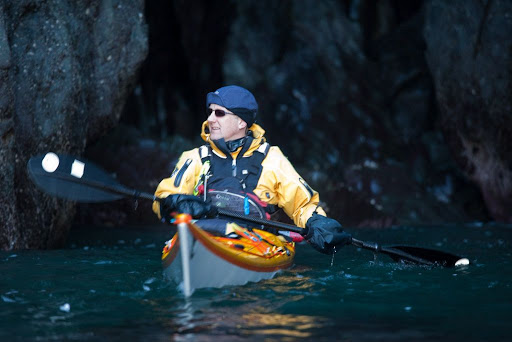 ...when they saw Tony's special cave vision spectacles.
Posted by Douglas Wilcox at 9:33 am 1 comment: