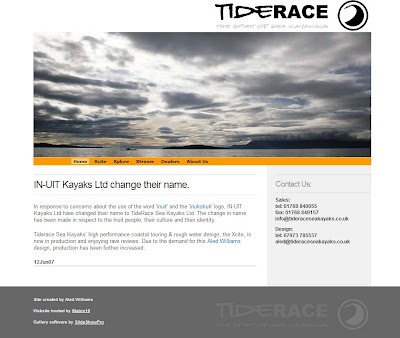 Tiderace Seakayaks is a new name on the UK sea kayaking scene. Aled Williams (formerly of Rockpool kayaks and designer of the delectable Alaw and Alaw Bach) has decided to rename his new company (formerly known as In-Uit Kayaks) in respect of the tradition and culture of the Inuit people who come from the Arctic territories of Alaska, Canada and Greenland. Michael, who has spent a great deal of time with these people, has already drawn attention to the appropriateness of the name. I am sure Aled chose the name out of respect to the Inuit origins of our sport. I am equally sure that Aled has made the correct and sensitive decision to rename the company.

I like the name Tiderace and here is Kenny paddling an Aled designed boat in a tide race: the Cuan Sound. 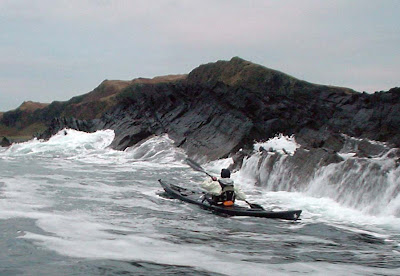