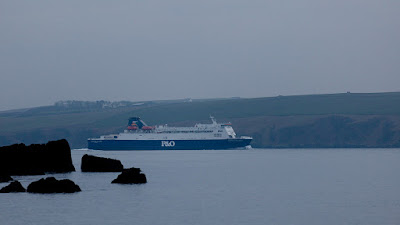 Leaving Portandea, we entered Loch Ryan. The rockhopping continued to amaze us but you need to be careful. There are frequent ferries here, including high speed catamarans, and their wash can be dangerous, if you are in a tight space. This is MV European Highlander, operated by P&O. She was built in Japan and completed in 2002. She is 162.7m long, 23.4m wide and weighs 21,188 tonnes and cruises at 22.5 knots. 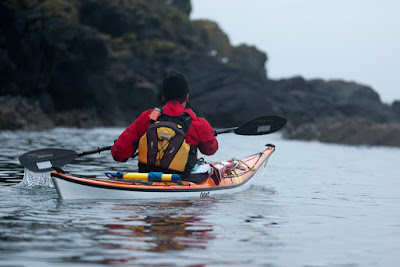 As the light faded, we wended our way  through the skerries at the foot of Finnarts Hill. 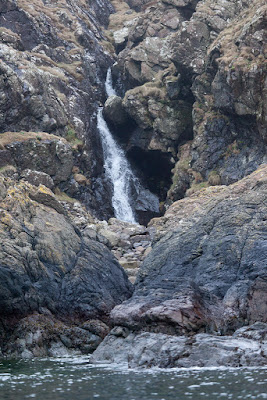 Burns tumbled down from the rocky slopes above and... 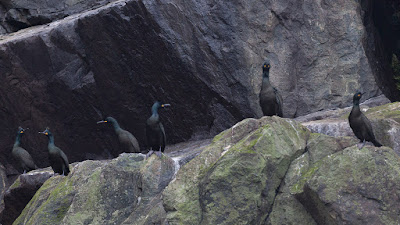 ...the ledges were crowded with shags preening their new breeding plumage. A peregrine falcon perched on a rock high above. It was watching and waiting. 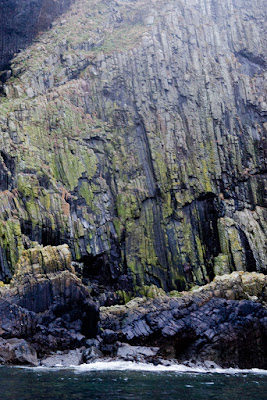 The cliffs of Craigantezart were vertical strata of greywacke which had been upended by some ancient upheaval of the Earth's crust. 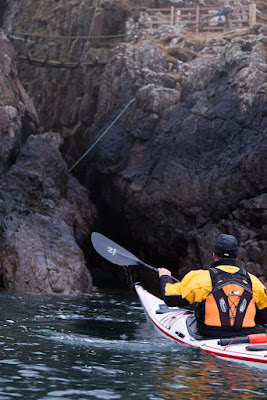 The entrance to the cave at Garry Point is crossed by a rope bridge. It did not look safe. It is easily missed as the finish of this route is at Finnarts Bay, just round the point.
Posted by Douglas Wilcox at 7:00 am 2 comments: