A celestial fire in the sky over Ardnamurchan 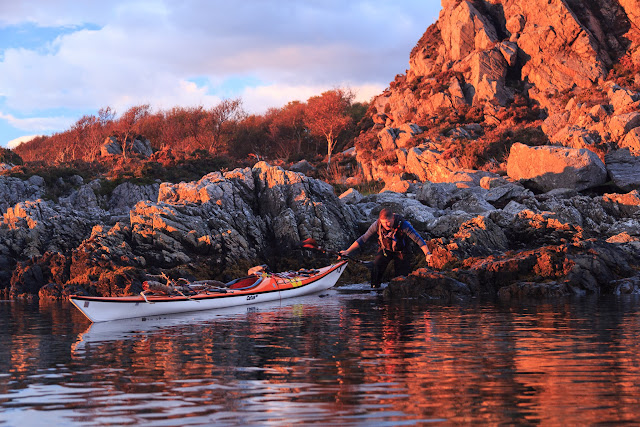 Once we got the tents up there was not much time till dark but Ian and I went back out on the water. Ian had been here about three weeks previously and seen a decent sized deciduous tree washed up on the rocks. Armed with a Silky Supper Accel folding saw we soon cut it to pieces.  We filled our hatches and tied the bigger bits onto the back decks. 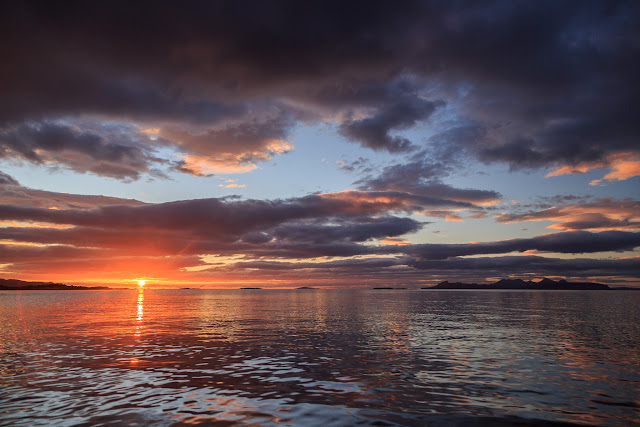 We returned to the sea just as the sun was setting. 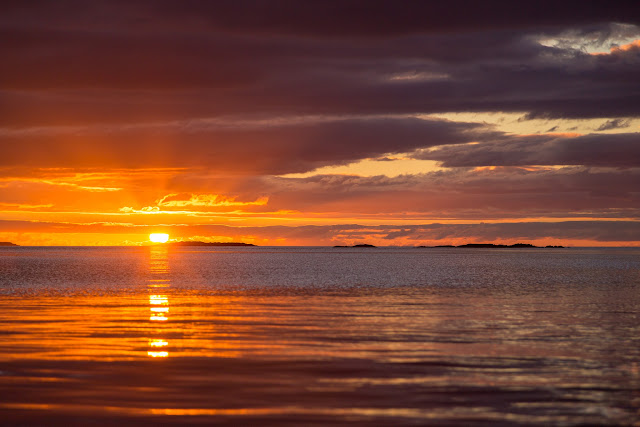 You really can't beat a sunset on the west coast of Scotland. We are far enough away from the Equator for it to be a long drawn out affair. 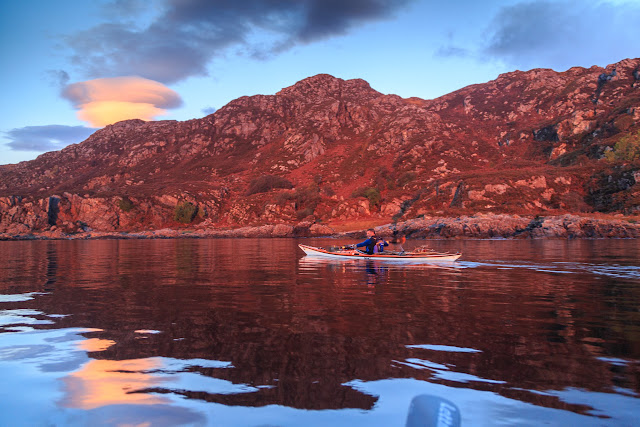 The crags above the mirror flat sera turned a wonderful orange colour. If you look carefully at this photo, Ian appears to have a 5 o'clock shadow and be unshaven but that is actually the shadow of my head! 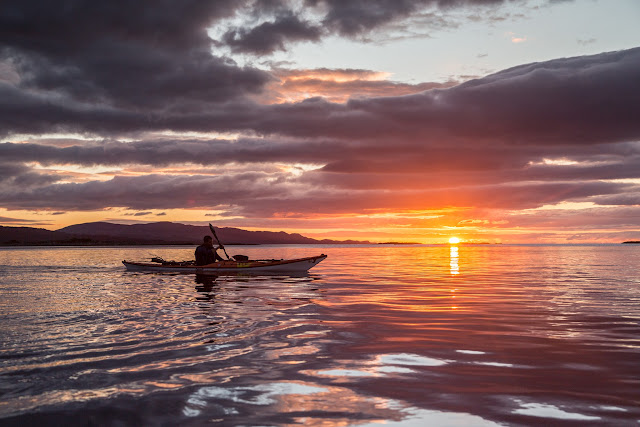 This was truly sublime paddling as the sun sank slowly between Ardnamurchan peninsula and the isle of Muck. 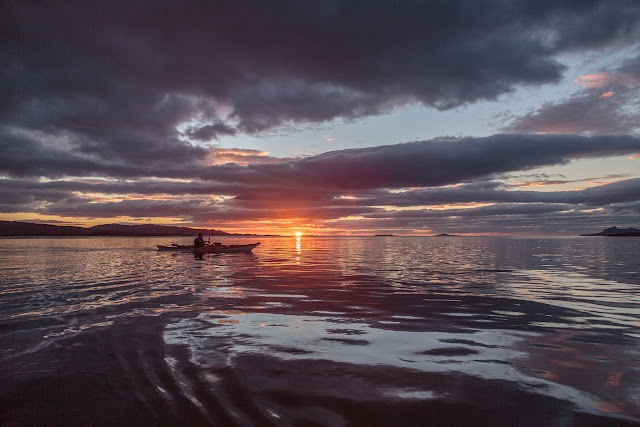 To the south of the sunset, Ardnamurchan is the most westerly point on the British mainland. To the north of Muck the sunset was framed by the Sgurr of Eigg with the... 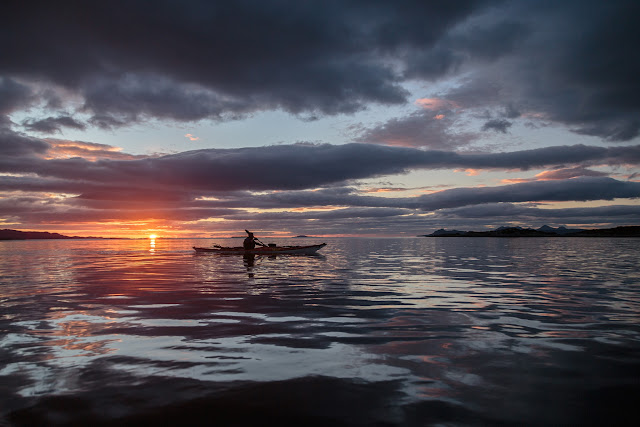 ...Cuillin of Rum beyond. 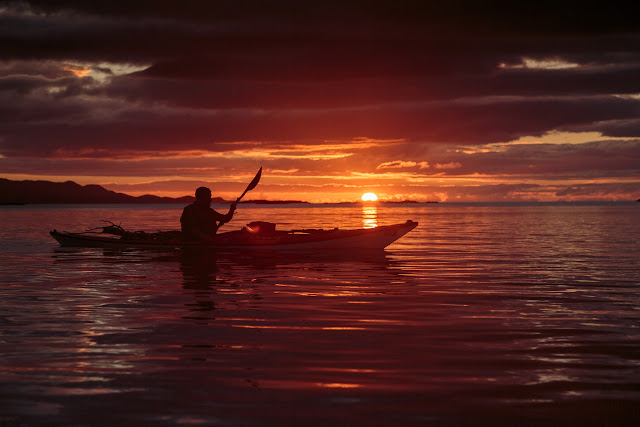 This proved to be a spectacular sunset, as the sun started to dip below the horizon it illuminated the undersides of the clouds with a fiery glow. 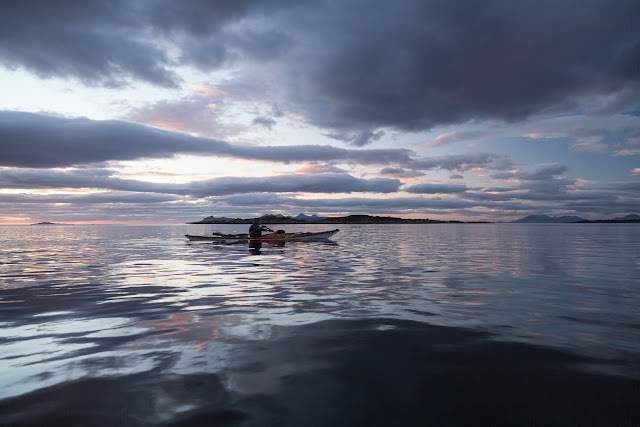 The temperature plummeted after sunset and the Cuillin of Skye appeared as we paddled north. 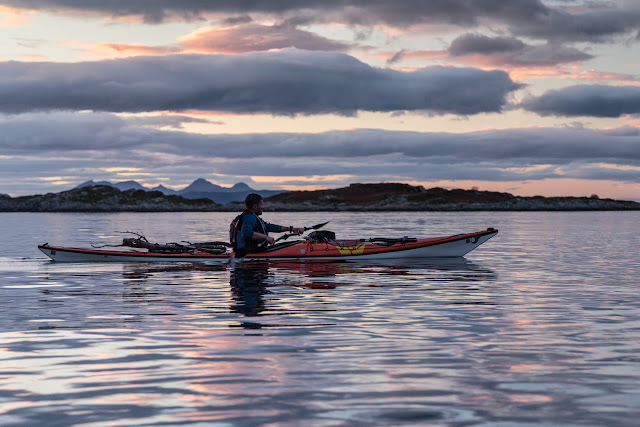 We paddled inshore of some skerries then Ian and... 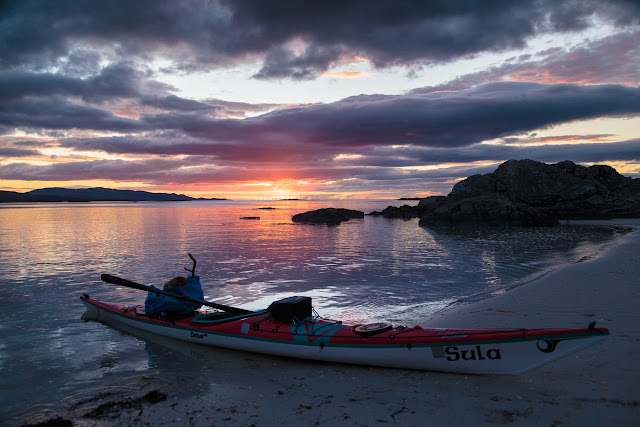 ...I rejoined Mike and Lorna back at the camp site. Just as we landed the embers of the sunset reignited as... 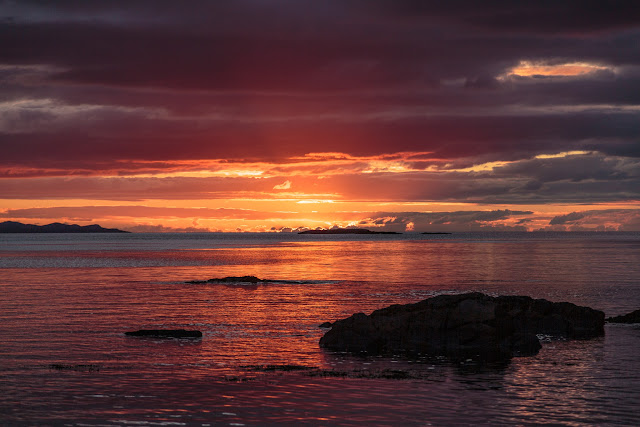 ...although the sun was by now well below the horizon its rays were reflecting off the undersides of the clouds. 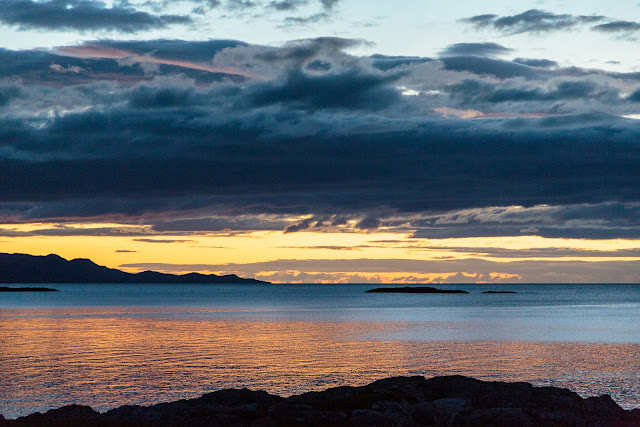 ...and it did not stop there, this equinoctial northern sunset just went on and... 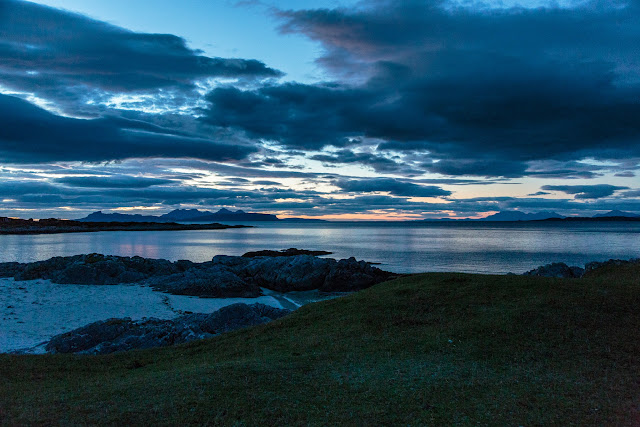 ...on. This was taken an hour after sunset when the glow of the dying sun had now moved north to between Rum and Skye. What a view to enjoy our dinner bay. Unlike the previous evening when we dined together, we just sat silently appreciating the incredible... 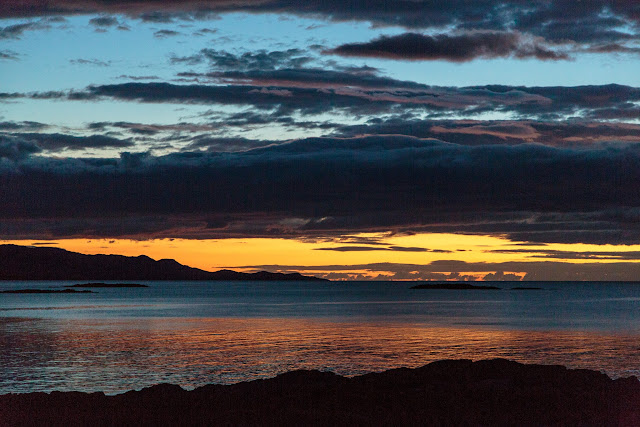 ...view of a celestial fire over Ardnamurchan. 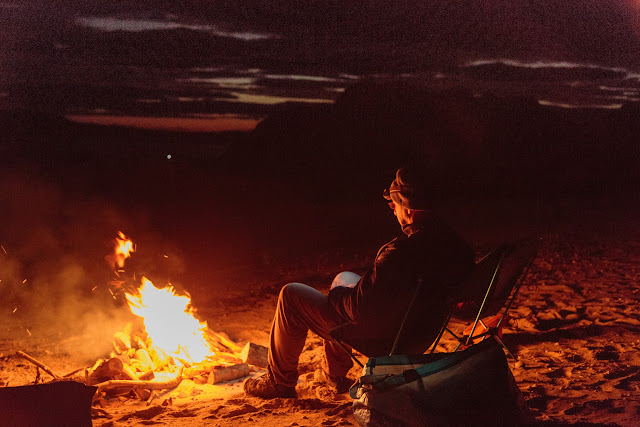 As the darkness gathered we brought the wood up from the boats by the light of our head torches and lit the fire. As we had plenty of wood we were set for a comfortable night of convivial conversation and baked potatoes. It was an hour and a half after sundown and there was still an ember of the sunset in the sky. However, the embers of our fire were still going well 6 hours after sundown!

For the full stereovision experience of this amazing sunset, join Iain on his blog here.