Twenty six dogs' bollocks but only twelve holes at Blackwaterfoot. 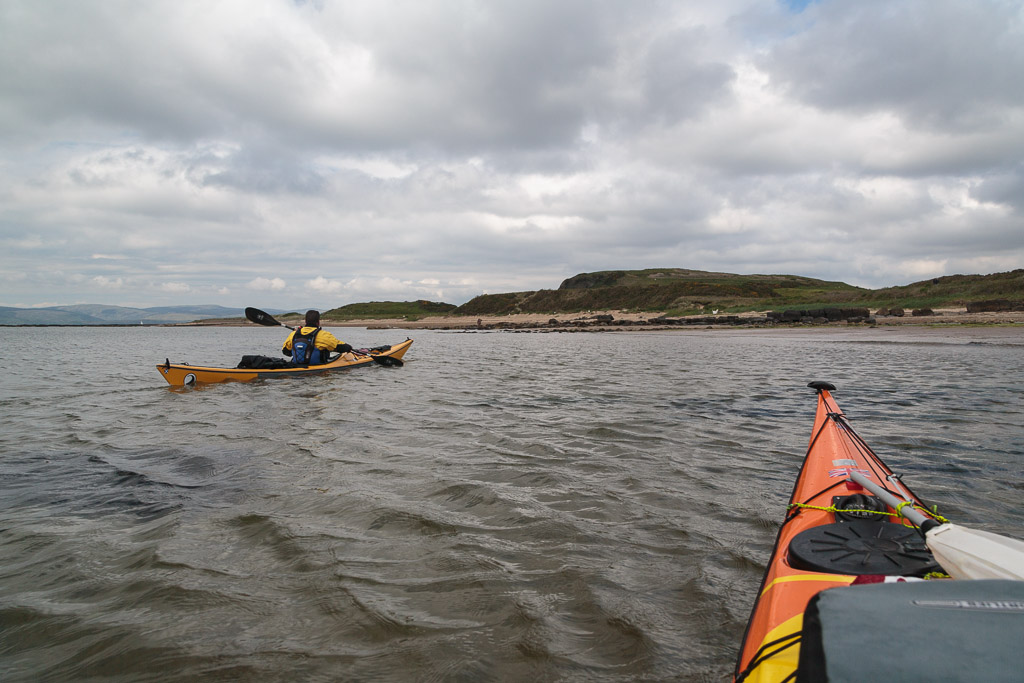 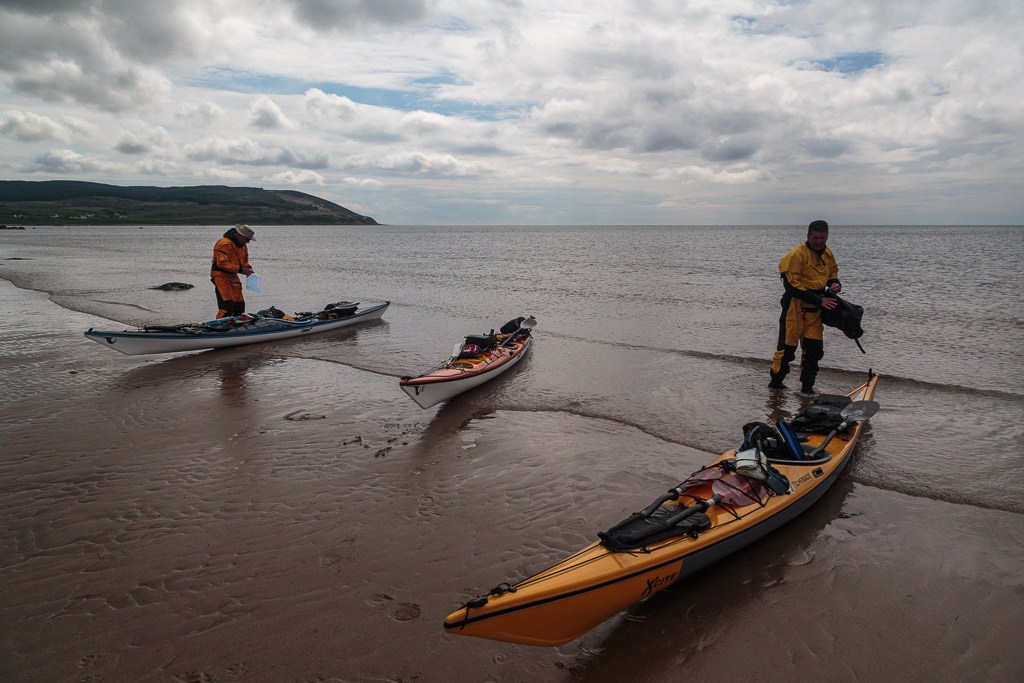 No sooner had we landed than we were investigated  by a number of hungry canines. After his experience with the "hoody" crow of Whiting Bay, Mike had learned his lesson and firmly battened down his hatches. 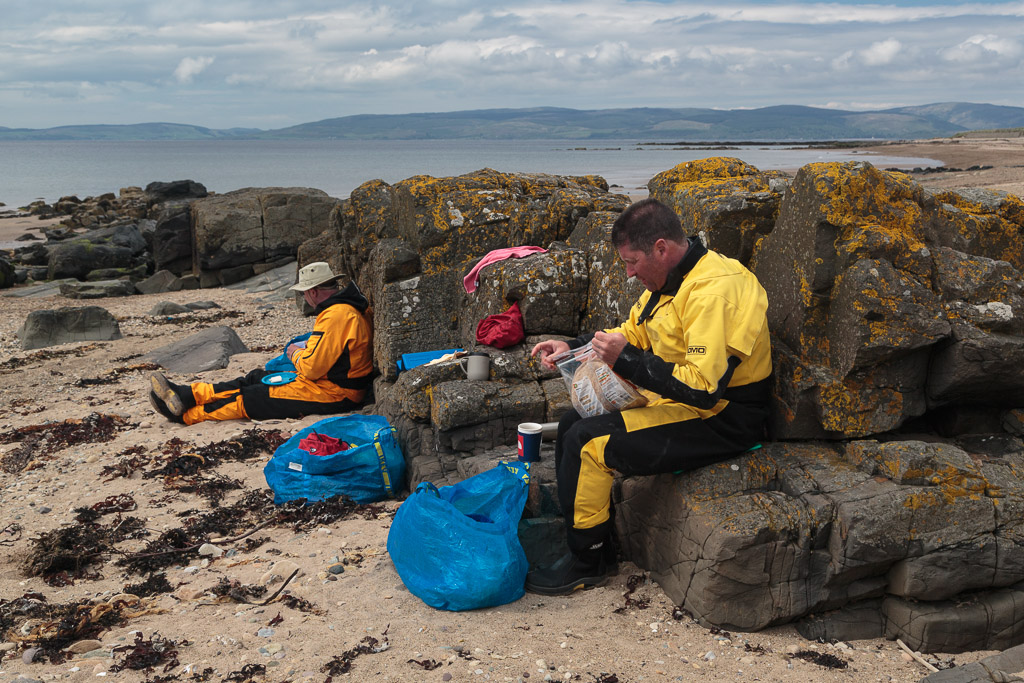 We found some very comfortable seats on a basalt dyke. At one point I counted 26 dogs at various points along the beach, quite a few of the dogs put their noses in our blue IKEA bags sniffing for food but we managed to prepare a quick... 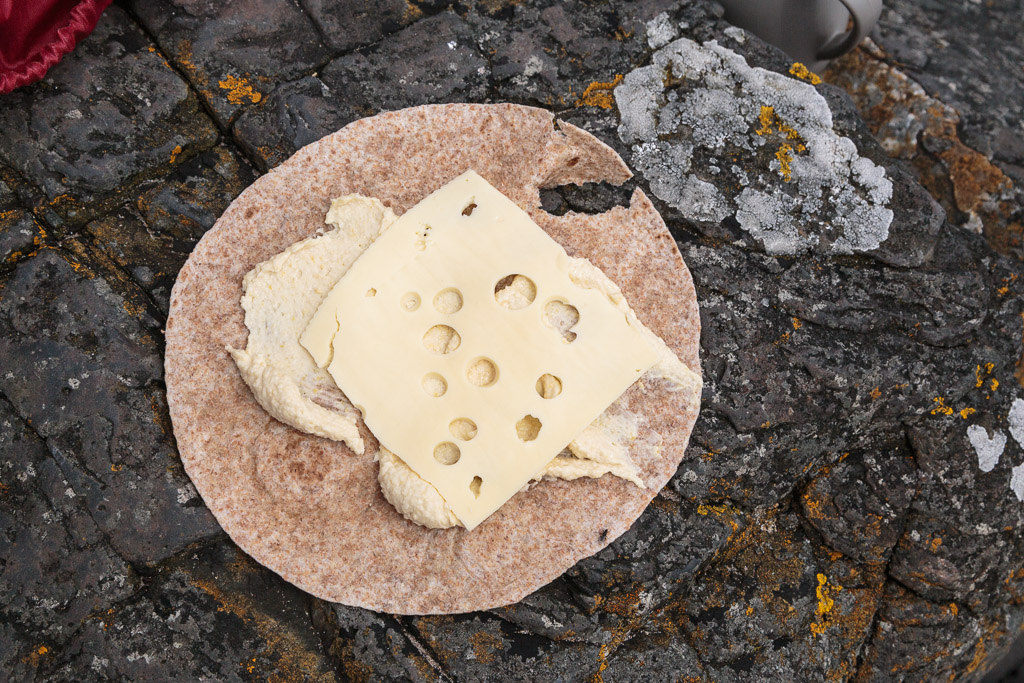 ...luncheon during a doggy lull. Though no sooner had we prepared our wraps of humous and cheese than slavering hounds were eyeing us up waiting to be fed. It was rather pleasant sitting on the rocks . The NE wind was straight offshore and we were well sheltered by the sand dunes of the... 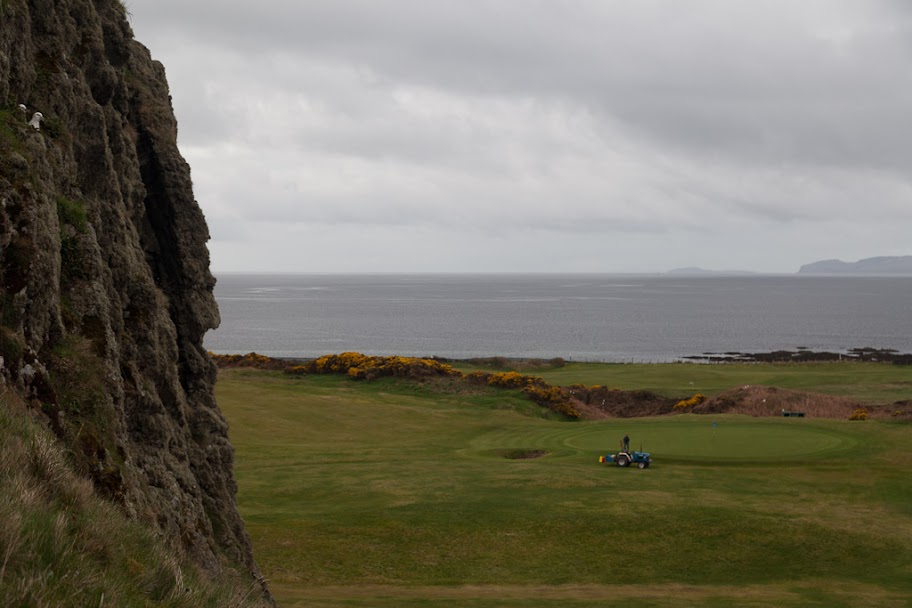 ...beautiful Shiskine Golf Course, which is squeezed between the Doon and the sea. It is one of very few golf courses in the World which has 12 holes. 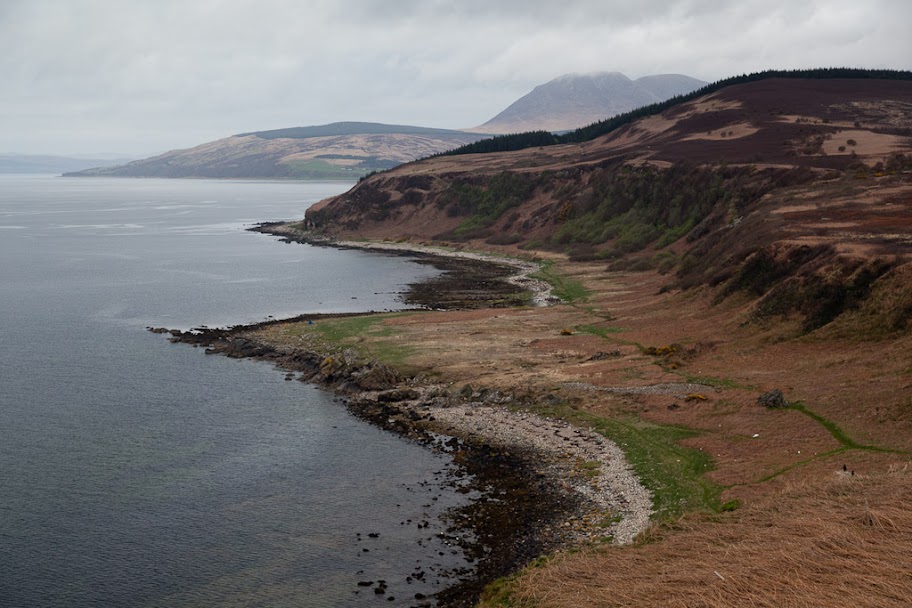 I took this photo from the top of The Doon in April 2011. It shows our destination for the day, Imachar Point in the distance. It was still 13km away straight into the teeth of the wind. 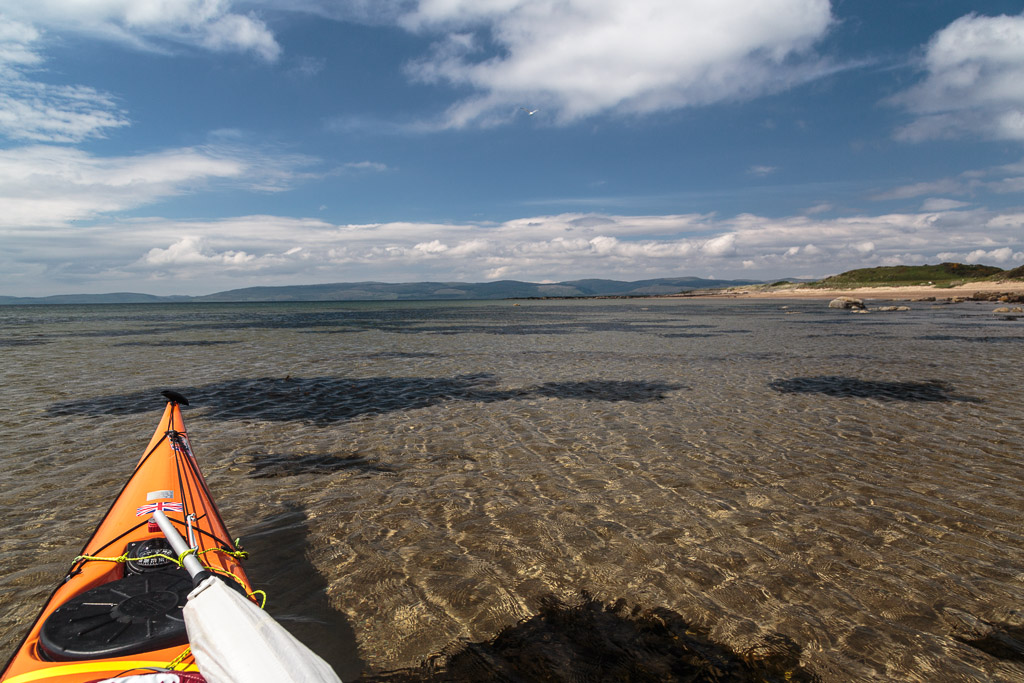 Refreshed by our rest, we set off across the calm clear and shallow sea towards Drumadoon Point. We did not expect calm once round the point.

PS for the bollock count,  I am assuming that half the dogs were male and that they were intact.
Posted by Douglas Wilcox at 9:25 am No comments: