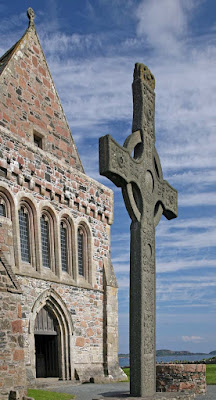 The current day Iona Abbey is the reconstructed ruin of a Benedictine Abbey which dates from about the 13th century. St Columba had established a monastery here in 563AD but his buildings were of wood. At one time the monastery was one of the largest Christian centres in Europe. The Abbey was sacked in 1560 during the Scottish Reformation. It lay derelict until its restoration started in 1938.

St Columba was not the first saint to bring Christianity to Scotland. St Ninian established a mission at Whithorn in Galloway in 397AD.

The magnificent carved Celtic cross at the Abbey door is a replica of St John's cross, the broken remains of which are displayed in the Infirmary Museum at the rear of the Abbey. 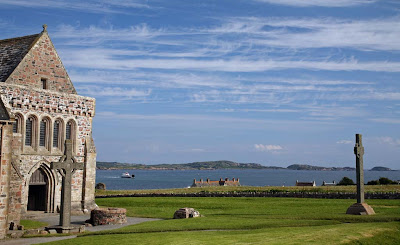 Nearby St Martin's cross still stands. It dates from the eighth century. 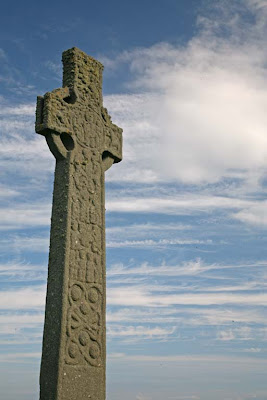 By arriving late in the day by sea kayak, we were the only visitors . As we wandered round these ancient stones we experienced the peace of Iona.