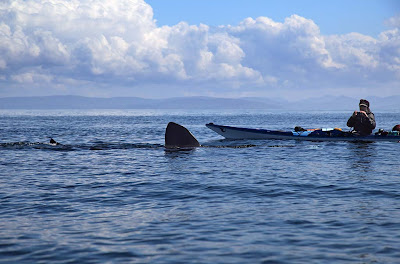 At the mouth of Loch Breachacha two magnificent 6m basking sharks cruised past our stationary kayaks. 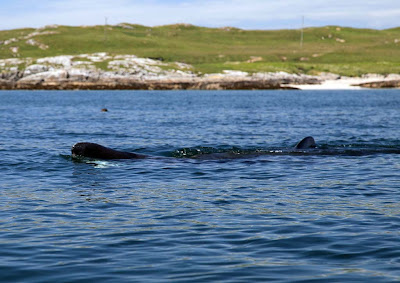 The water was full of plankton and after cruising past each of us in turn, the sharks resumed their feeding. 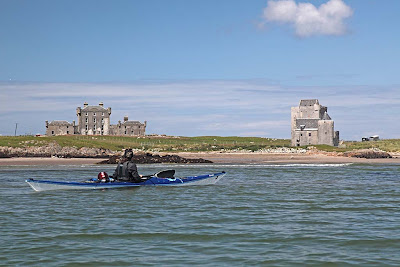 At the head of Loch Breachacha there are two castles. The new one on the left was built in 1750 as a more comfortable mansion house for the MacLean chieftain. In 1773 Boswell and Johnson were guests of young Coll while they were storm bound on the island for ten days. Boswell wrote in his diary "On our arrival here, we felt ourselves very comfortable". 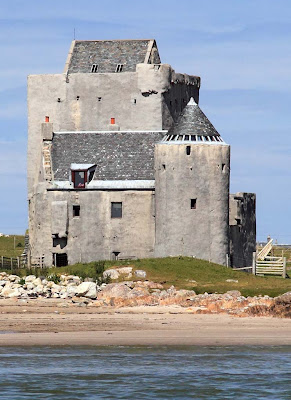 The nearby original Breachacha Castle dates from the early 15th century and was the seat of the MacLeans of Coll. In 1590 their rivals, the MacLeans of Duart in Mull invaded Coll and a fierce battle ensued. The Coll MacLeans were victors and tossed the heads of the fallen Duarts into the nearby Allt nan Cean: Burn of the Heads!

Even in the 1950's it was still one of the best preserved tower house castles in Scotland. It was restored for use as a private house in 1965 by a descendant of the Coll MacLeans.