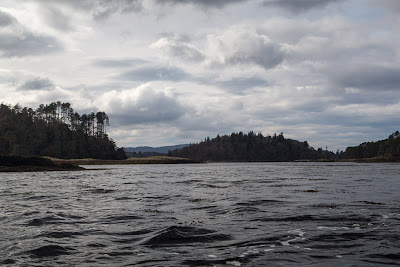 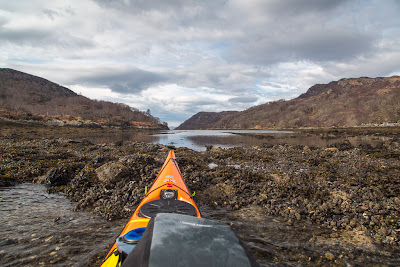 My assumption was correct. High water in Loch Moidart was 08:54 and it was three days after springs. At 13:21 we were able to paddle right up to the causeway that the "road" runs over to Eilean Shona. 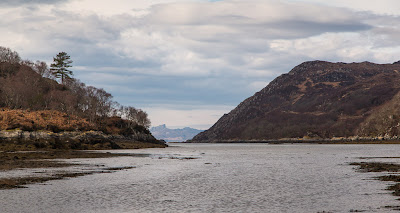 Looking west down the north channel from the causeway. 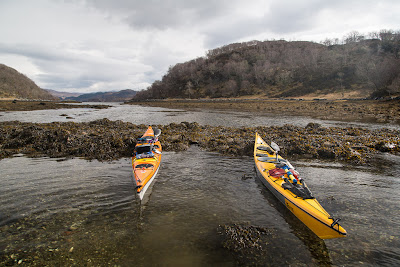 Looking east up the north channel after the short portage across the causeway. For any future trips I am pretty sure that 3.5 hours either side of high water in Loch Moidart should see you through without a portage. No time was to be wasted, not even for a drop of The Singleton. We remained quite dry as we raced to beat the tide. 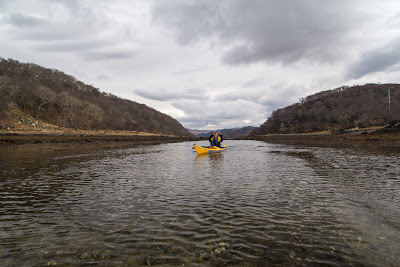 The north channel was emptying quickly and water was extremely shallow for a considerable distance below the causeway... 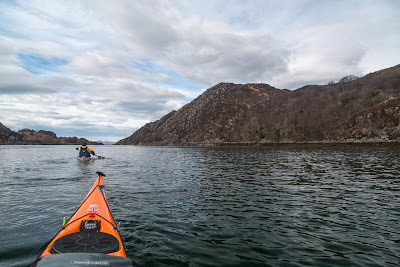 ,...so it was a great relief to enter deeper water. 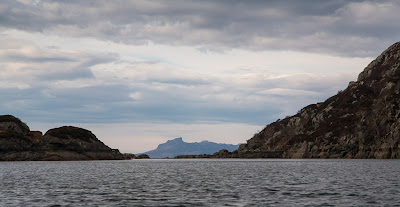 The Sgurr of Eigg acts as a focal point at the far end of the north channel which is... 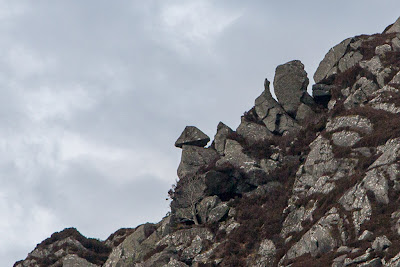 ...hemmed in by steep rocky slopes. We called this balanced rock "the Mushroom".

The opening to the north channel is blocked by a series of low reefs and... 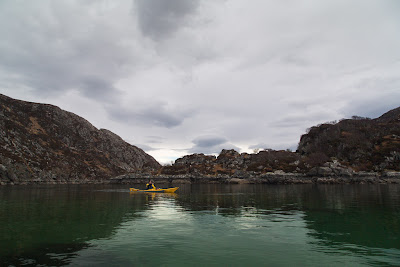 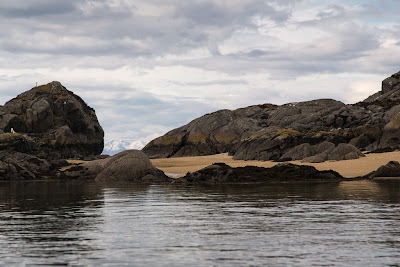 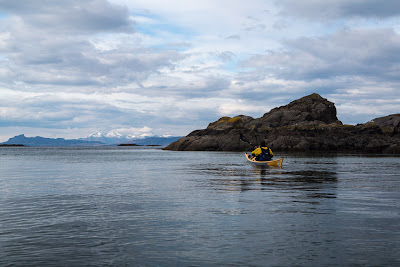 Then we were clear, into the Sound of Arisaig with magnificent views to Eigg and the snow covered Cuillin of Rum beyond. Time for a swally *