Away with the fairies in Vaul Bay, Tiree. 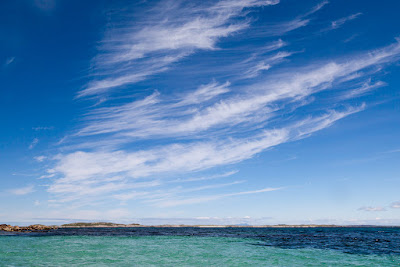 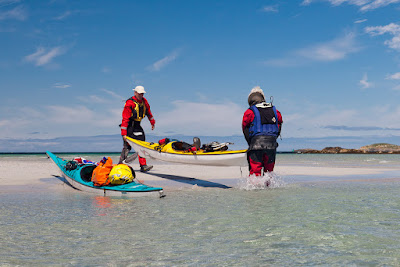 It was now time to go. We hoped to cover another 20km and clear the north coast of Tiree before the wind increased in the evening. 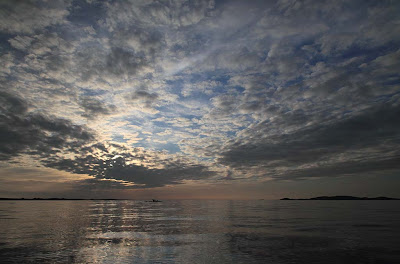 I had hoped to show some more photos of an idyllic Sound of Gunna, like this one 2 years ago. However, the ebb tide was running strongly  through the sound from NW to SE, so we had to eddy hop up the skerries. Once we emerged onto the north coast of Tiree, beyond Urvaig Point we had hoped to find the ebb tide running SW down Tiree before the NE wind. However, there was so much water flowing into Gunna Sound that the ebb tide was being sucked NE up the Tiree coast and into the sound. 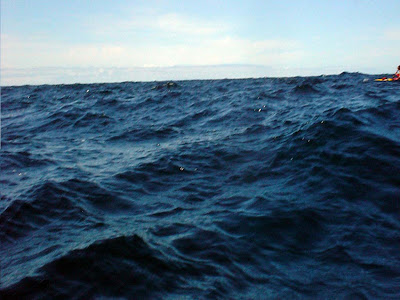 So we had a foul tide against both us and the wind. This resulted in some glorious bouncy conditions, which Phil described as somewhat reminiscent of the Mull of Galloway. Unfortunately I couldn't take any photos in the sound but this one was taken after the water flattened off, about half a kilometer beyond the point. You can just see Phil on the right edge, I didn't compose this shot! 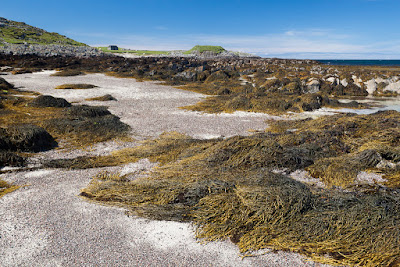 Once onto the north coast the wind was from the NE and we fairly shot along to Vaul Bay. Its west coast was sheltered by the extensive reefs and since... 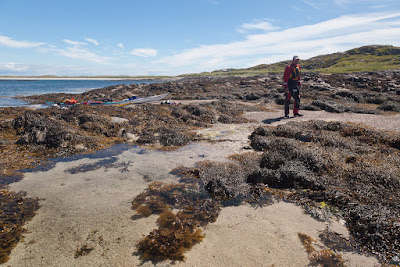 ...we hadn't slept at all the night before, we stopped for a welcome second luncheon.  Belief in the fairies was deep rooted in Tiree. There was even a word for it in Tiree Gaelic: "siobhairean" To this day the island is famous for stories about fairies. They often lived in green knolls round the coast and sometimes they would kidnap people, especially children, hence the expression "away with the fairies". 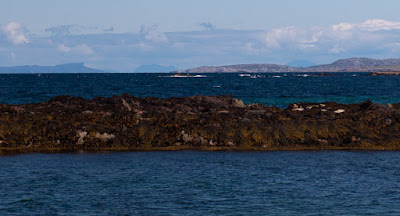 Whoever our new neighbours were, we found ourselves in a sun trap, sheltered from the wind and had a great view to Eigg and Coll. 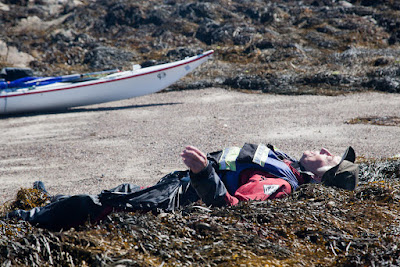 Soon David was fast asleep and away with the fairies.
Posted by Douglas Wilcox at 3:28 pm 3 comments: