Enchanted by a perfect Pap on Jura 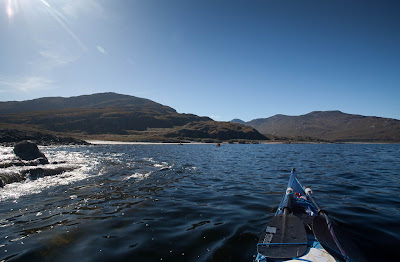 We rounded Rubh' a' Bhàillein (rock of the twigs) to witness the splendid prospect of the remote south shore of Loch Tarbert in Jura. 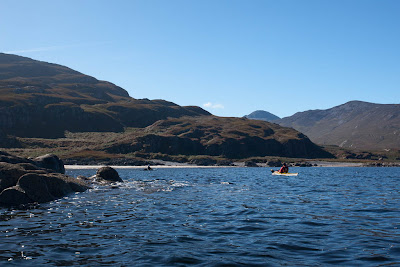 A succession of dazzling white strands were backed by a series of raised beaches and cliffs. 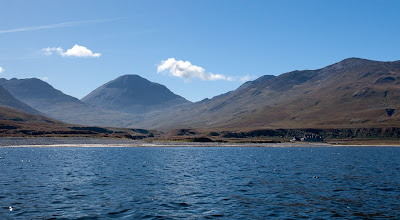 Behind them all the shapely mass of Beinn Shiantaidh (757m) heaved towards the blue vault of the sky. There are several translations of her Gaelic name but I much prefer "The Enchanted Mountain." 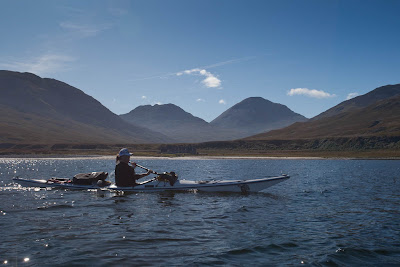 At her feet lay the Lord Astor's Victorian shooting lodge, Glenbatrick. This time, no one was home but we had met the good Lord and his party some 2 years before. 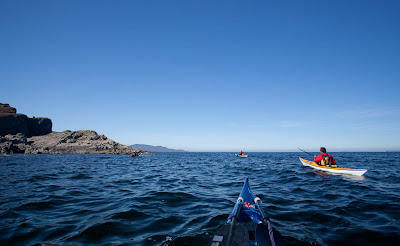 We were now approaching Rubh' a' Chrois-aoinidh (rock of the cross-cliff) which marks the mouth of Loch Tarbert. 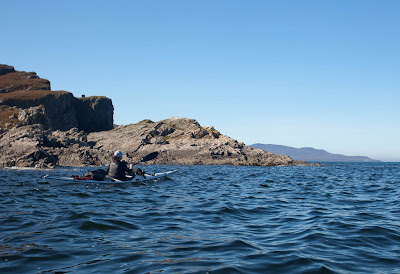 In the distance, across the Sound of Islay, lay Rhuvaal lighthouse at the northernmost point of Islay. We were nearly at the end of our voyage...
Posted by Douglas Wilcox at 3:46 pm 4 comments: