At the south end of Pladda "I wonder where they think they are going?" 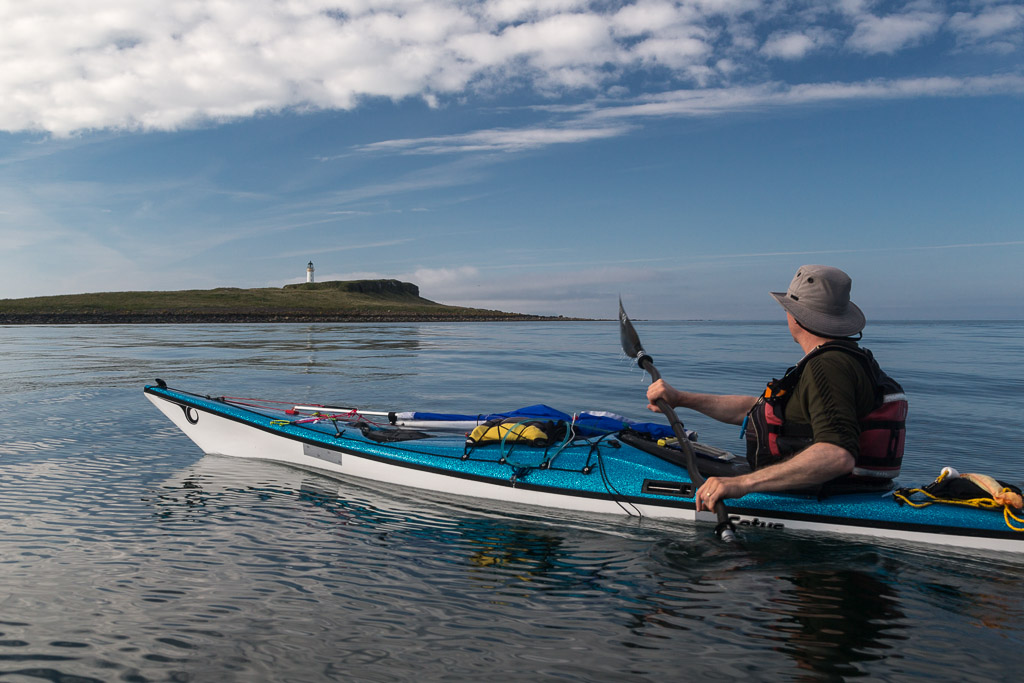 We set off across the Sound of Pladda at a surprisingly high ferry angle. It was approching 3 hours into the ebb and the tide was running through the shallow sound like a river. 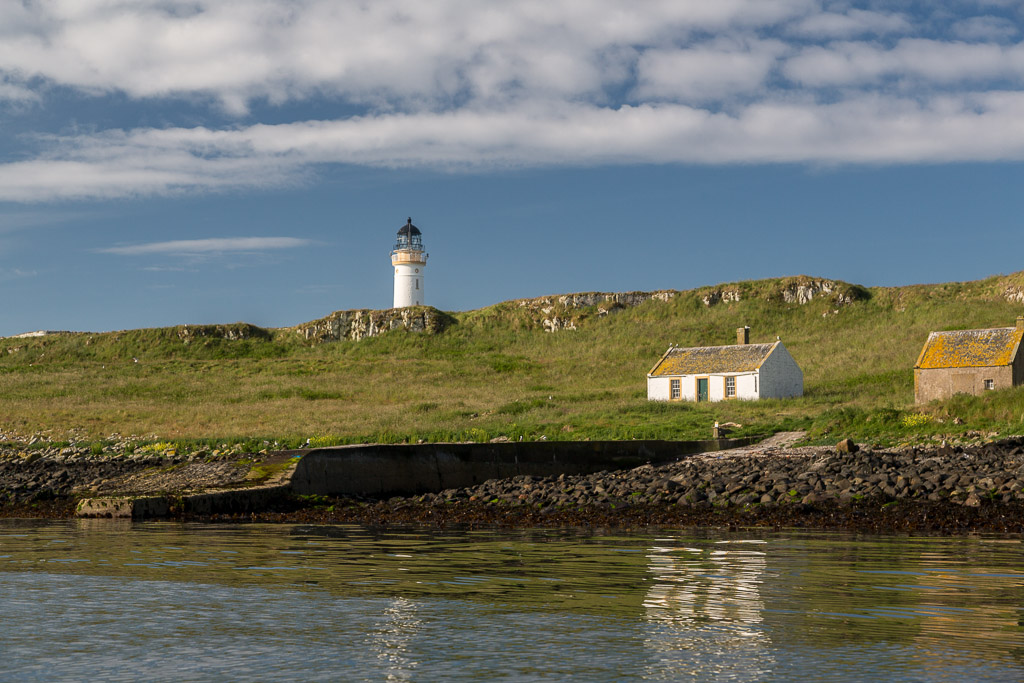 Pladda jetty is on the sheltered NE side of the island though... 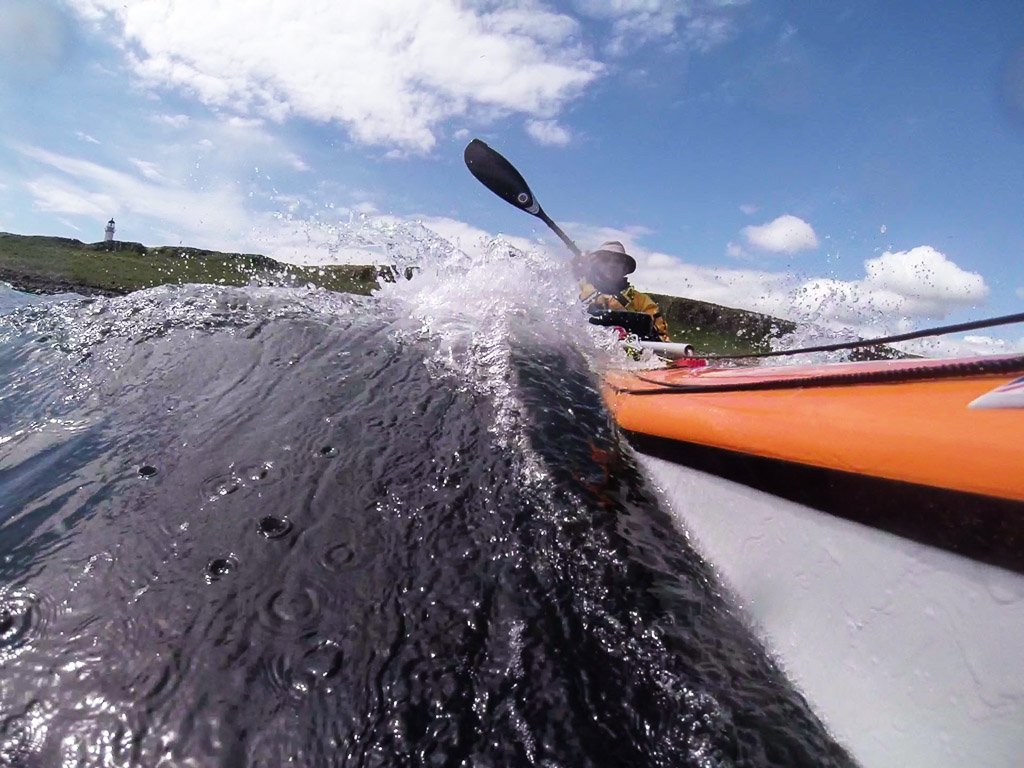 ...in the northerly winds of our last visit (on the 23rd of May 2014), it was far from sheltered getting out of the harbour! 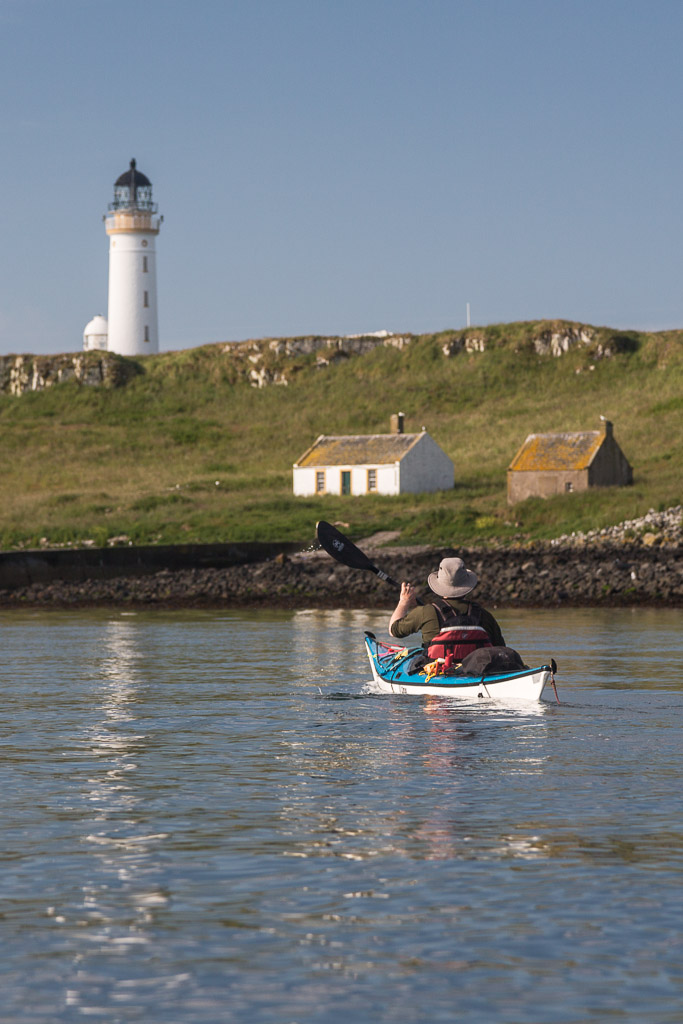 On this occasion we did not have time to explore this fascinating island. Unlike several small Scottish islands there are no "No Landing" signs. Pladda was bought by the Morten family over 20 years ago and their faith in human nature seems to have paid off as I have never seen signs of vandalism or littering there. Mind you, Pladda is in a remote location and the Sound of Pladda does form a significant barrier to those of a littering persuasion.. 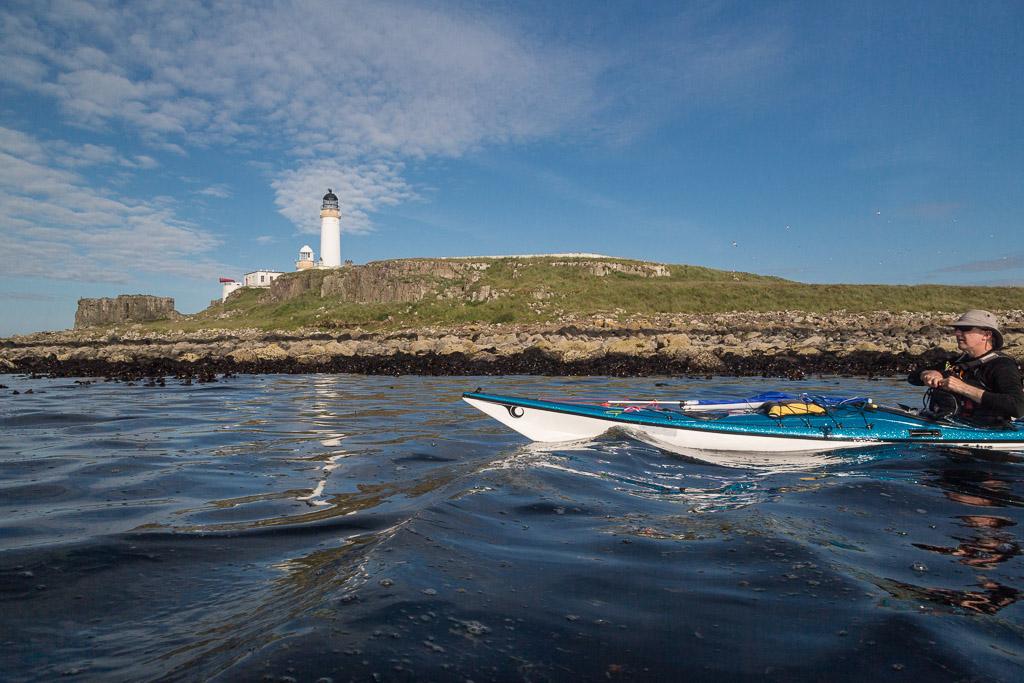 The flat nature of Pladda is due to it being composed largely of a volcanic sill of tertiary basalt. Indeed Pladda is connected to the mainland by a submarine basalt dyke, one of a swarm of dykes that radiate out from the Kildonan shore. 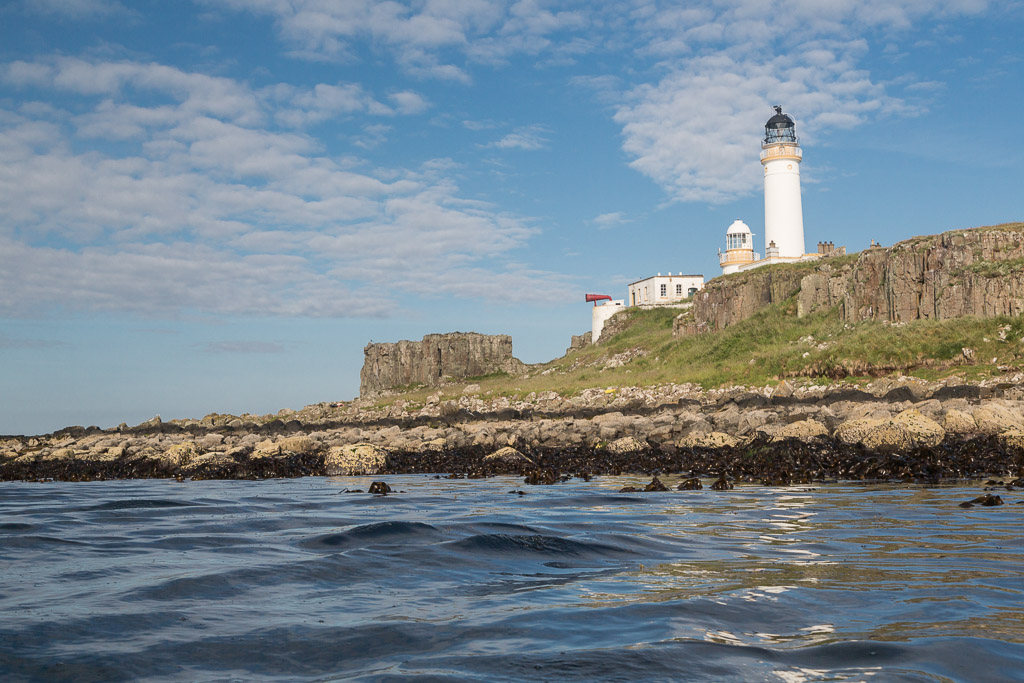 Pladda was one of the first lighthouses to be built by Robert Smith, the founder of the Stevenson dynasty, and the light was first lit in 1790. In those days flashing lanterns had not been developed so to distinguish Pladda from the other Clyde approach lights the lower second tower was built in 1801. The two steady lights shone for over one hundred years until a flashing light was installed in the main tower in the early 20th century. In 1870 Pladda lighthouse was one of the first in the world to be converted to paraffin and the great tanks still stand behind the lighthouse. 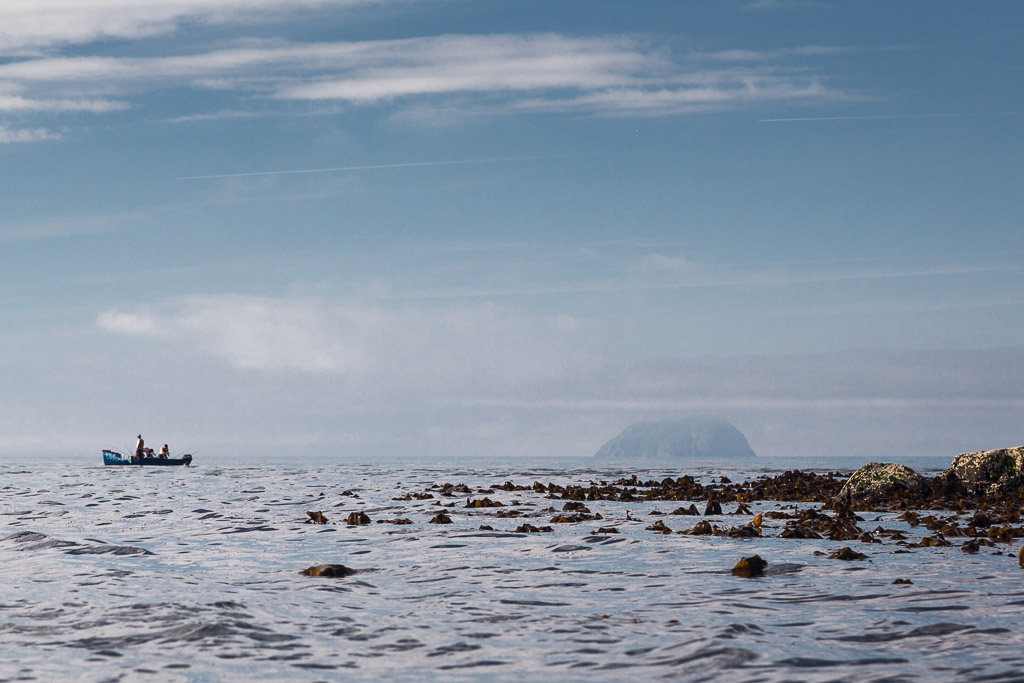 At the South end of Pladda we caught sight of a rather distant looking Ailsa Craig.As we left Pladda for the Craig, we passed a local fishing boat. I quite clearly heard one of the fishermen say "I wonder where they think they are going?"
Posted by Douglas Wilcox at 7:47 pm No comments: