Red sky at night does not always promise... 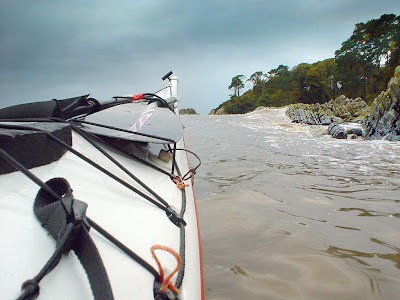 The swell in Fleet Bay was much bigger than a force 5 wind would suggest. 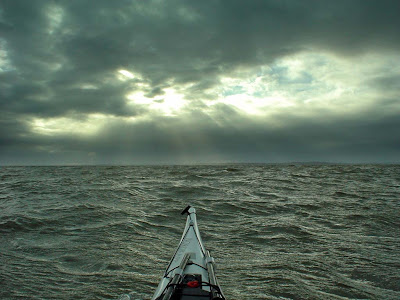 I decided to paddle out to the mouth of the bay and go round the Garvellan rocks at its entrance. 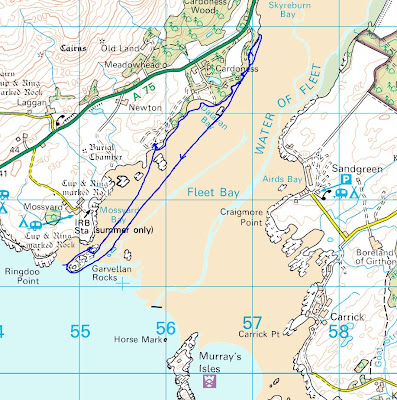 As the spring ebb tide was assisting me, I made good progress, despite the head wind. There is a good little tide race off the Garvellan rocks and in the wind against tide conditions I found the it quite exciting. The low brace proved to be most useful.

The evening sky turned blood red as the sun sank below the western horizon. 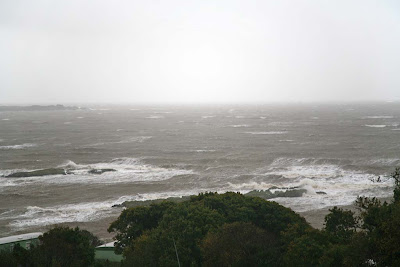 The red sky had not foretold a fine day. The wind was averaging 34 knots and gusting to 55 knots. Not a day for sea kayaking but ideal for windsurfing! At least I now knew where the previous day's swell had come from! This photo shows the flood tide. Later on when the spring ebb started the swell steepened up in a most satisfactory way! 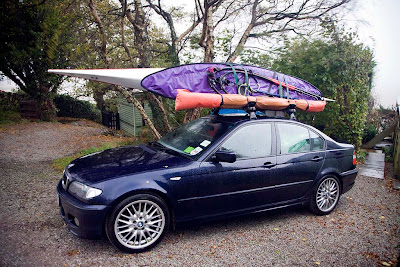 Sadly that was our last weekend on the Solway until next spring.