Setting off with a fair wind and tide on the Solway Firth. 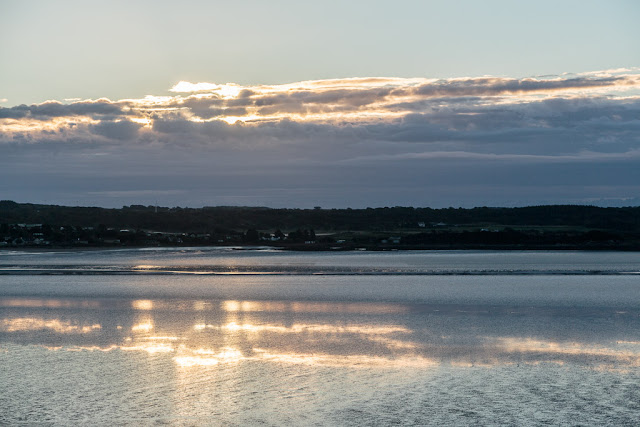 The day dawned fair on Fleet Bay in the Solway Firth and as the line of clouds drew back to the SE we enjoyed some warm October sunshine. 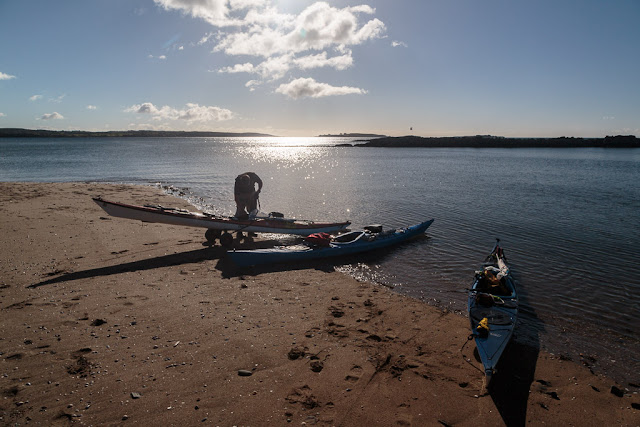 Ian, Mike and I soon had our kayaks packed and at the water's edge. It had been our intention to paddle east to Sandyhills stopping at Little Ross Island and Hestan Island on the way. Unfortunately the firing range at Dundrennan was in use so we would not be able to pass. So we intended to do a there and back paddle as far as Kirkcudbright. 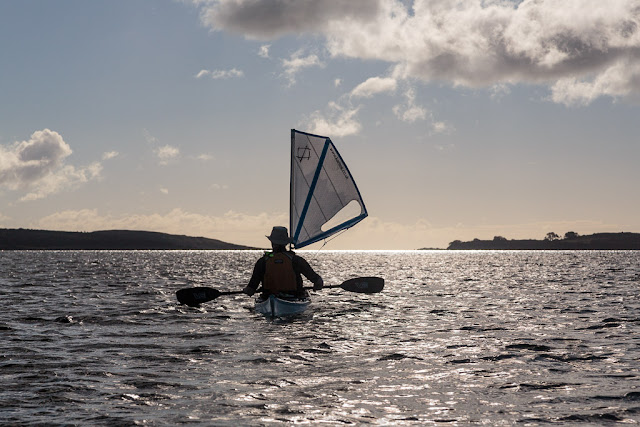 It was a most marvellous start with a fresh tailwind and paddling... 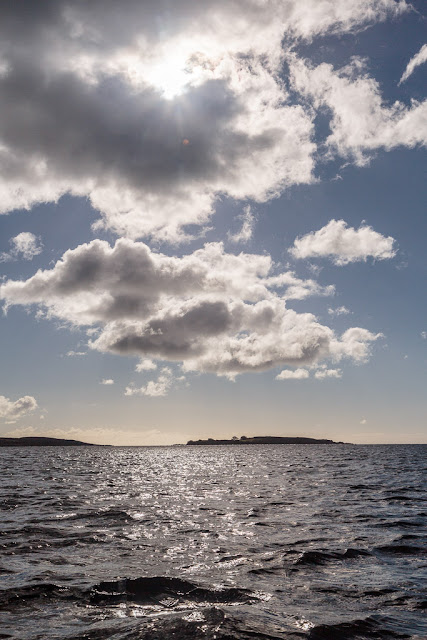 ...straight into the sun. 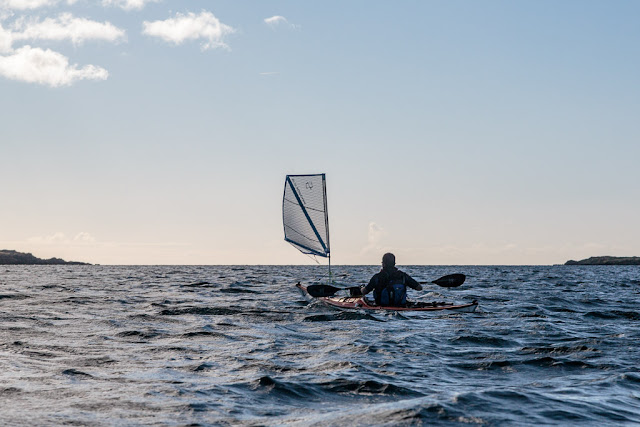 The ebb tide was also with us and it seemed like no time at all until... 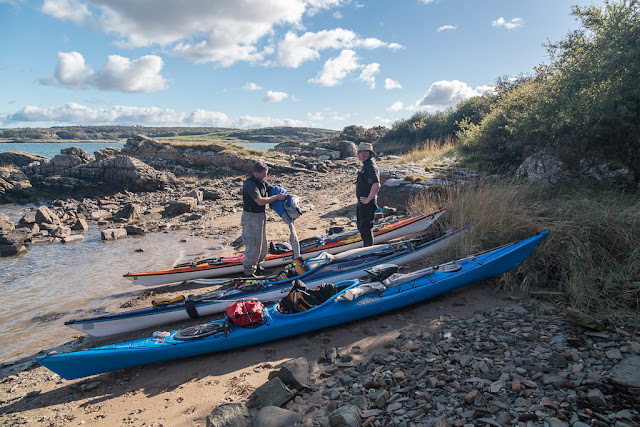 ...we landed on Ardwall Isle for first luncheon. 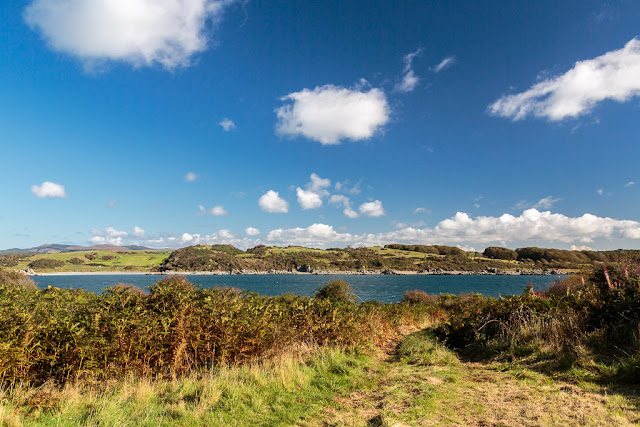 We decided to climb to the top by way of the farm track which leads up from the beach. The farmer drives over from the mainland at low tide several times a year to cut the grass and bale it. 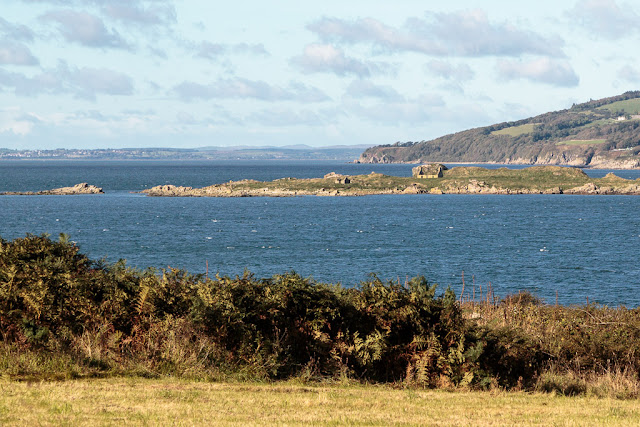 As we gained height we enjoyed a great view over the recently cut meadow to Murray's Isles Ravenshall Point and to Wigtown on the far side of Wigtown bay. 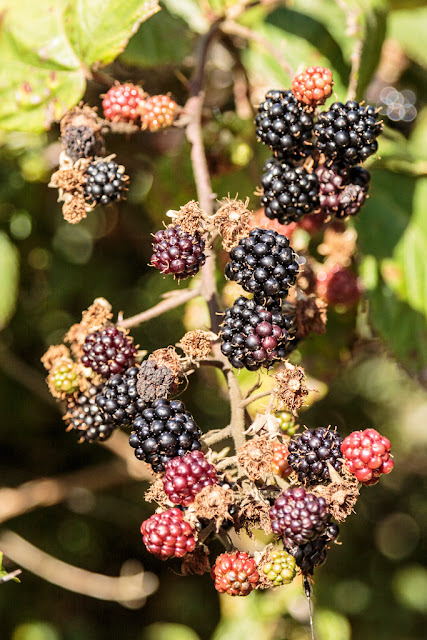 There were plenty of brambles but almost no sloes. 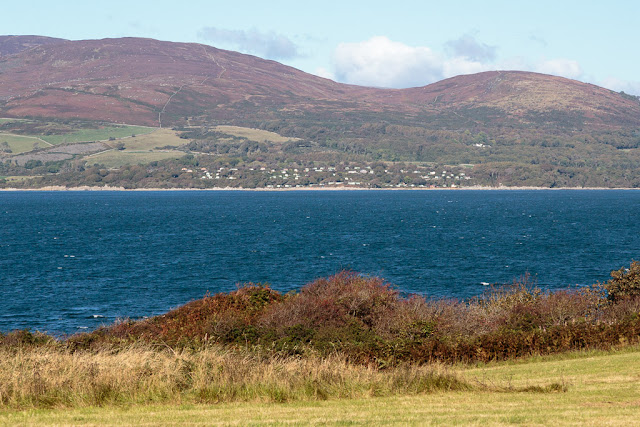 From the summit we had a clear view back across Fleet Bay to where we had come from, the cluster of caravans under Ben John.

The simple cairn at the summit of Ardwall Isle overlooks the grand... 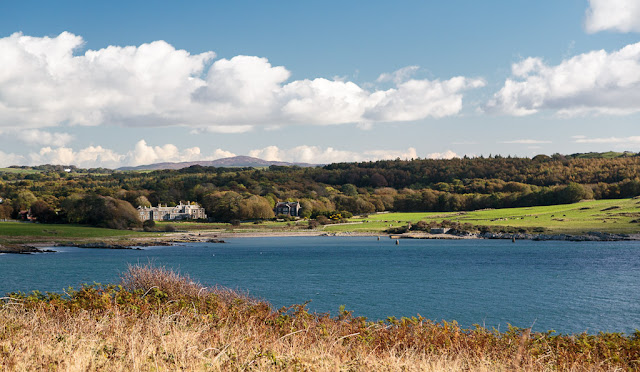 ...house at Knockbrex with its fields extending down to a little harbour. 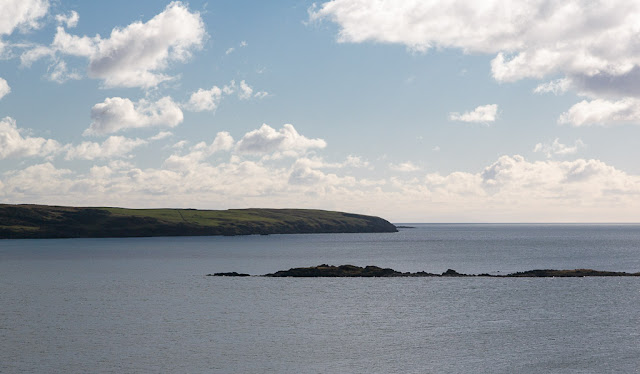 Beyond Barlocco reef our way lay away to the SE, beyond distant Ringdoo Point.

For the full kayak stereovision experience follow Ian's blog which starts here.
Posted by Douglas Wilcox at 10:20 am 2 comments: