The sound of running water... 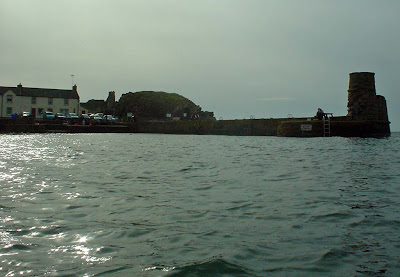 Tony and I slipped into the shelter of Dunure Harbour. Just before hand, in the fantastic mixture of swell and clapotis among the Dunure skerries, Tony said "isn't it great how much fun you can have only 10 miles from your front door?" I replied "and we're only 200 yards from the pub!" 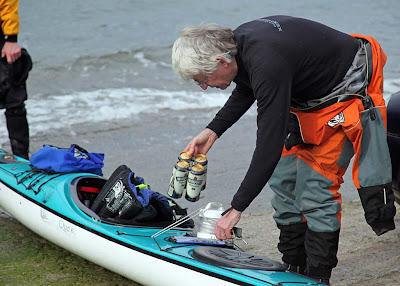 We had arrived early and David and Phil were still loading their boats. Deck bags with flares and electric pumps and cans of ballast were carefully distributed. We were clearly ahead of schedule and so found ourselves within the portals of the pub! It had just opened after being closed for the winter. However, it will need to improve its service, we almost died of thirst before the Guinness arrived. It was a pleasure to be able to toast the good St Patrick and the arrival of Phil's new kayak. 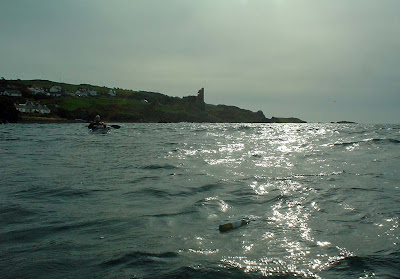 We were soon heading north for Ayr. As the wind and swell were coming from the south, we were now sheltered by the headland at Dunure. A bottle was drifting towards the rocks but we did not stop to see if it contained a message. 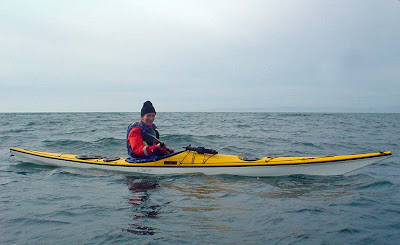 Phil was pleased as punch with his new Quest. It was one of the first out of the mould but the previous owner had hardly used it. 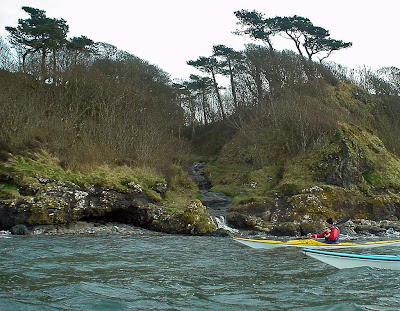 The coastline was composed of low wooded cliffs over which a series of delightful burns... 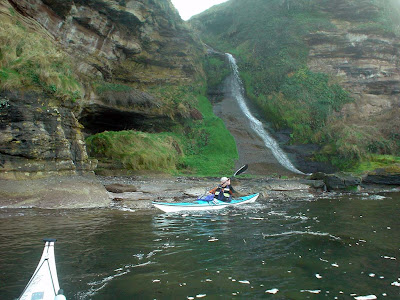 ...cascaded and splashed noisily into the sea. 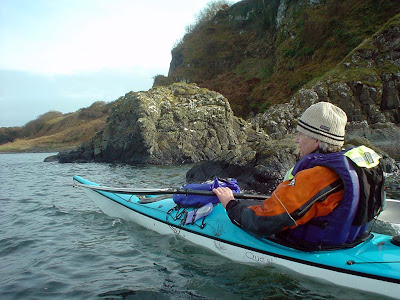 The sound of running water has a certain physiological effect on men of a certain age. It was time for a stop at a convenient beach.


Remember, alcohol and sea water do not mix!
Posted by Douglas Wilcox at 6:26 pm 2 comments: