A change of course in the Sound of Islay. 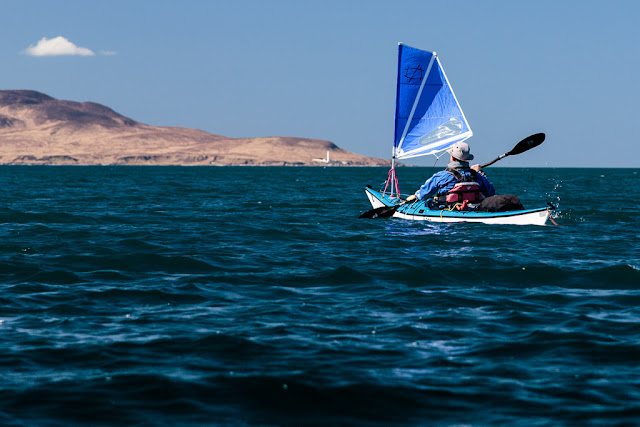 When Tony and I left West Loch Tarbert on Jura's wild west coast, our original intention had been to paddle the 8km across the Sound of Islay from Rubha a' Chrois-aoinidh on Jura and land to the west of Ruvaal lighthouse on Islay. There we could sit out the north going flood tide in the Sound of Islay before the tide turned and carried us south to our next destination on the SE coast of Islay. At first the sea was calm but...

Intermission with no photos.

...one thing about sea kayaking is that you need to be flexible. We had only gone 2km but the offshore tail wind which was funnelling straight down West Loch Tarbert had increased to the top of a F4 and we the Sound was kicking up some very lumpy water as the tide increased. 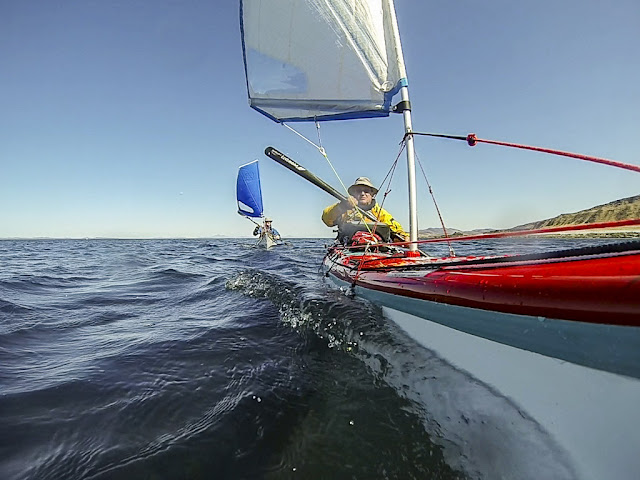 Anyway we decided to give Ruvall a miss and turned through 90 degrees to broad reach down the Sound as far as we could, given the tide was running against us. 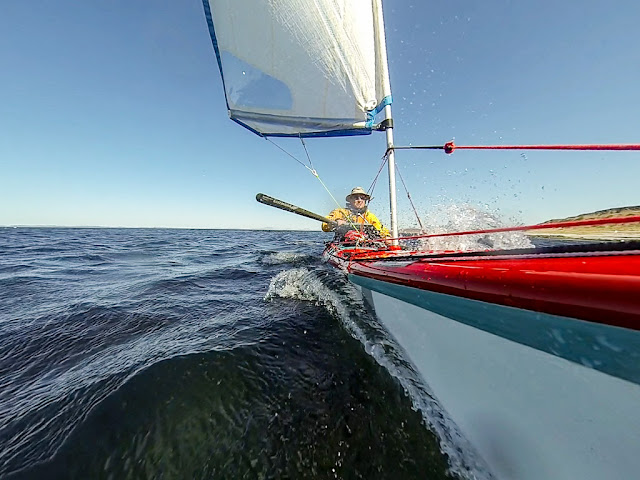 Out in the open Sound, we made splendid progress...

Intermission with no photos.

...for a further four kilometres but as we entered....

...the lee of Jura, the wind dropped and veered to the south so we had to drop our sails. The coastline here has frequent basalt dykes, arches caves and raised beaches. 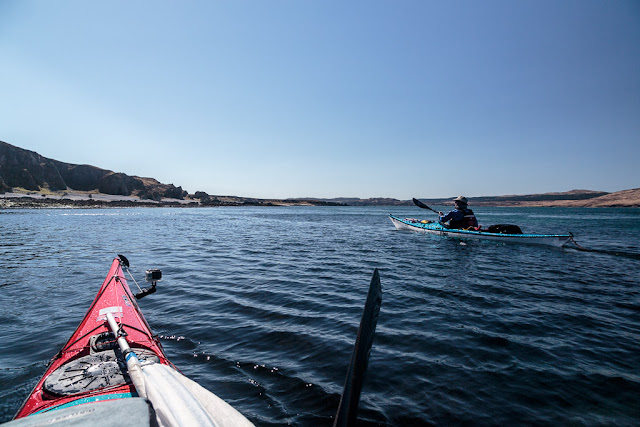 It was getting hard paddling against the wind and the tide but we hugged the shore to keep out of the main stream as the Sound narrowed ahead. 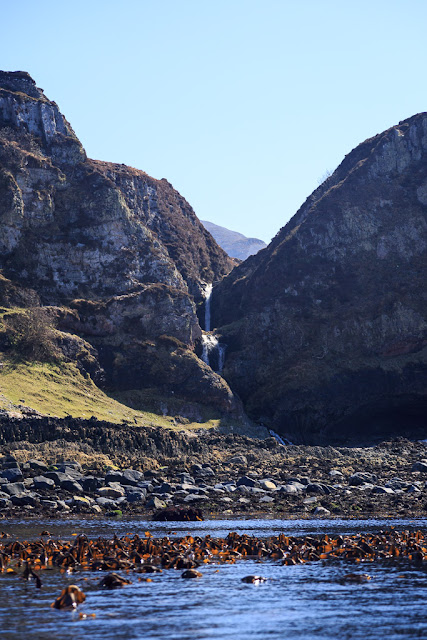 This magnificent series of waterfalls cascade from a high valley directly onto the beach. The deep V shaped gorge was not cut by the present flow but by the huge volume of melt water from the retreating ice after the Ice Age. 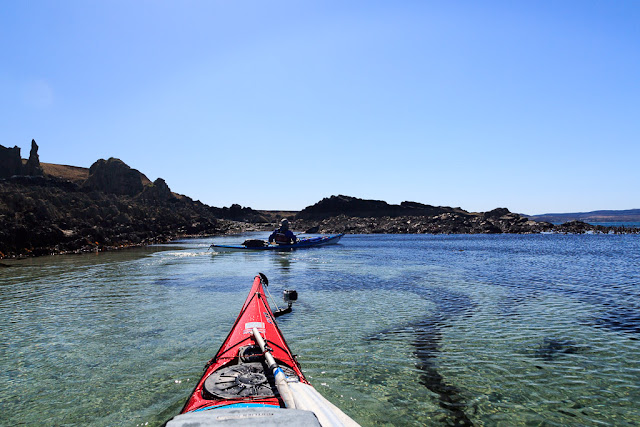 We made one last burst against the tide before finding... 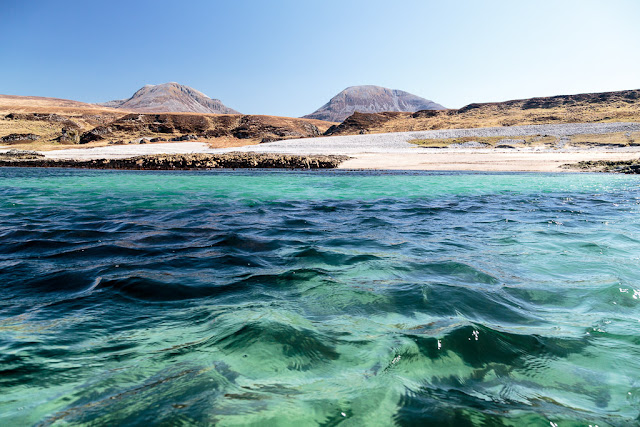 ...a most agreeable place to stop for... 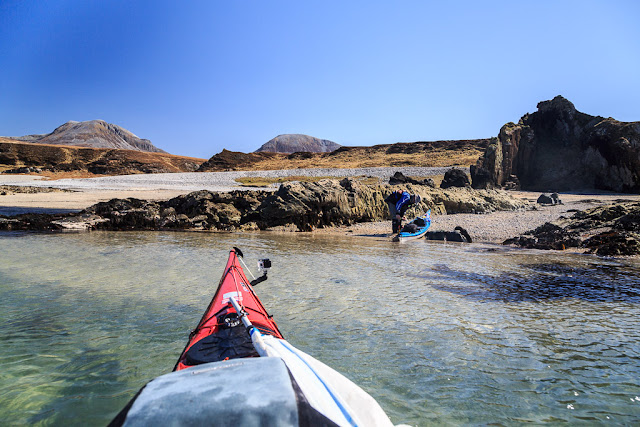 ...third luncheon. A basalt dyke behind the beach offered shade from the chill south east wind.

Posted by Douglas Wilcox at 8:32 am No comments: