Of time and tide at the Falls of Lora 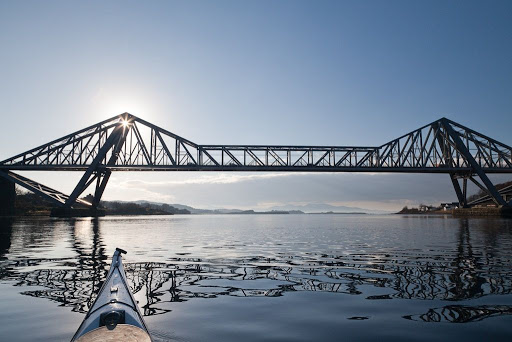 We drifted under the bridge at the the Connel Narrows on Loch Etive at 5km/hr. 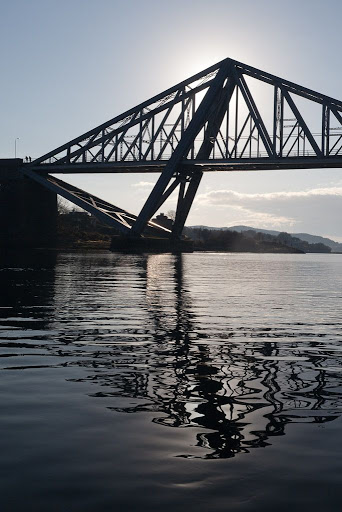 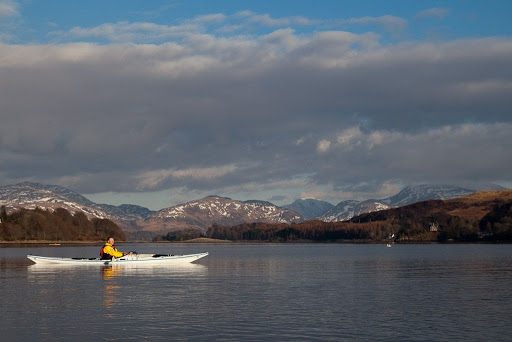 It was a neap tide and despite the current, it was like a millpond over the shelf of the Falls of Lora. 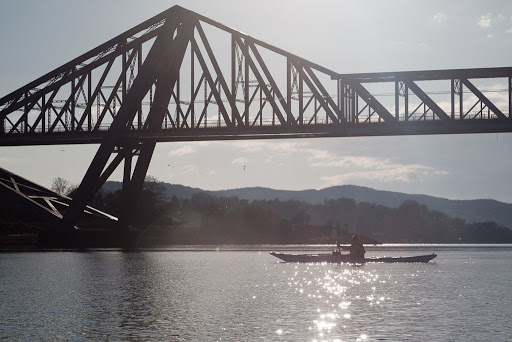 At a spring tide on the flood we might have expected some decent standing waves here. On the ebb on a spring tide, the Falls can be very spectacular as Loch Etive drains into the sea over a rock shelf. 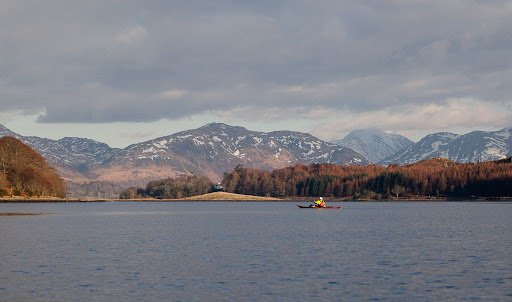 We were now being carried into the inner part of Loch Etive and the horizon ahead became closed in by the mountains. 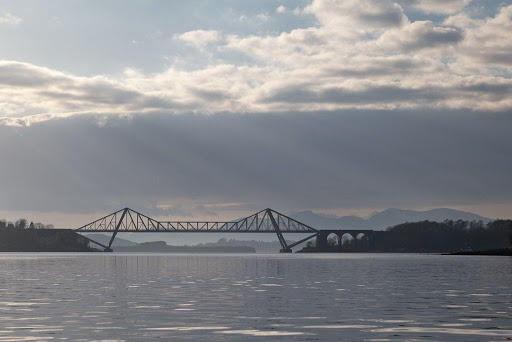 Watching the bridge, we drifted backwards in the current for some way... 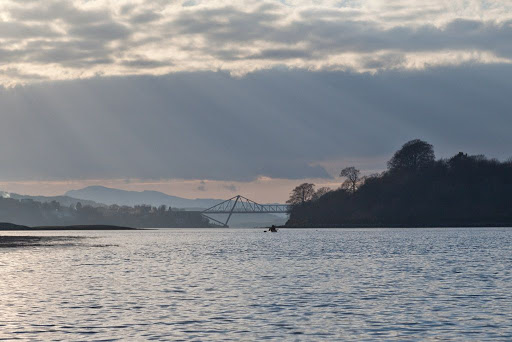 ...until the bridge became obscured by a bend in the loch. I am not the only member of my family to have enjoyed this view from a small boat. This photo was taken in July 1927 by my great grandfather, who explored many of the west coast lochs and islands by rowing boat. The view has hardly changed at all, despite the passage of 83 years. 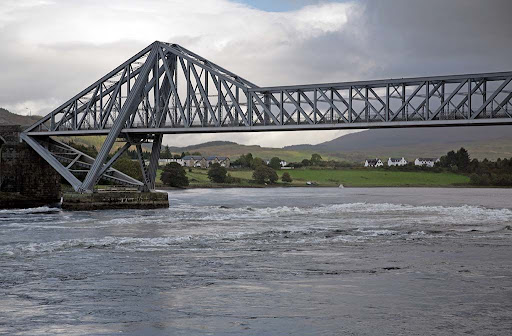 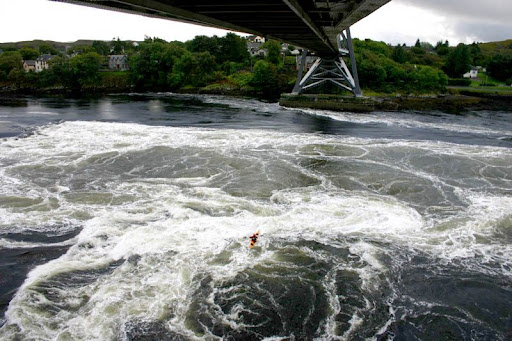 This photo, by my friend Simon, was taken from a platform under the bridge at the 2006 Storm Gathering. It is one day before springs, on the ebb and shows the Falls in an altogether different light.

Its amazing the difference a few hours can make, if not 83 years!
Posted by Douglas Wilcox at 5:26 pm 2 comments: