Trouble at the mill on Gigha. 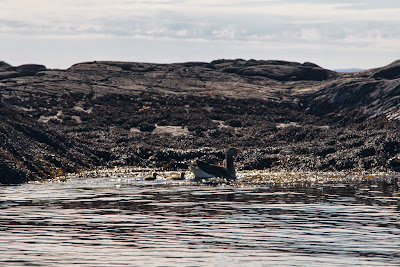 At the northern end of Cnoc Loisgte a sudden break in the rocks appears. It is called Port an Duin, landing place of the fort. A sheltered inlet is created by a small island which sits at the mouth of a small bay below an old dun or fort. These goslings were enjoying the shelter. I had first paddled round Gigha 10 years previously and... 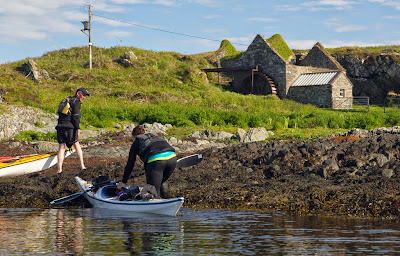 ...had always wanted to land and explore the old mill. I have visited at least once a year since then but have always been thwarted from landing by either the swell (or midges). At last suitable weather conditions allowed a landing but my troublesome left knee let me down. Low tide revealed a sloping slab covered in slippery seaweed. There was no way I would get across unaided. Fortunately Mike and Phil came to my help and escorted me safely to a the shore. 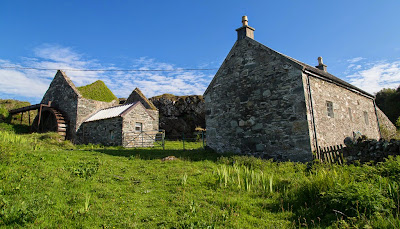 It was well worth the trip. The mill is nearly 200 years old, dating from the early 19th century. 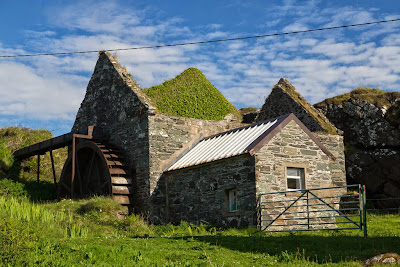 The cast iron lade and... 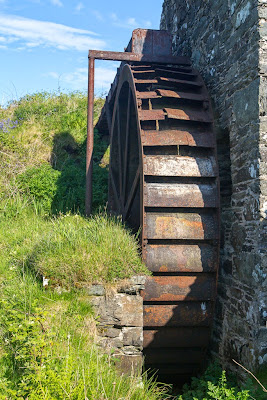 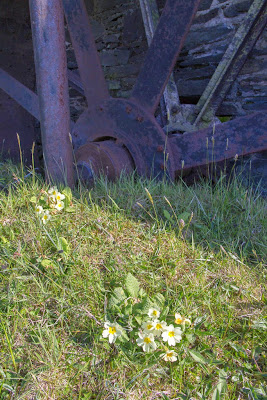 The axle runs through the north wall of the mill and... 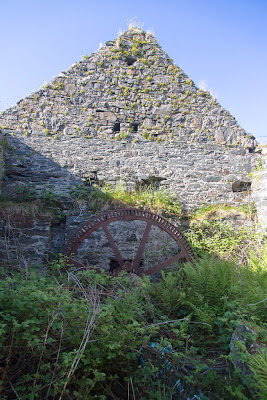 ...connects to a gear wheel on the interior, which was used to drive the mechanism. The millstones are on the floor under that tangle of undergrowth. 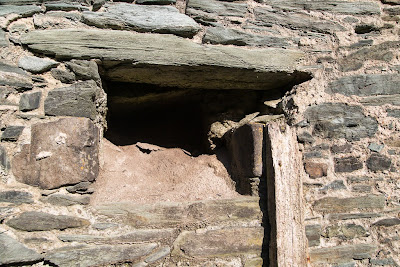 On the mill's east wall the grain shoot is still in existence. Oat grains were poured from sacks which were stored on a higher building on the... 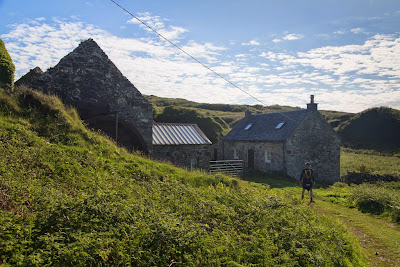 ...uphill side of the mill. What a fascinating spot. Thanks again to Mike and Phil for helping me see it.
Posted by Douglas Wilcox at 2:39 pm 4 comments: