The mills of Gigha 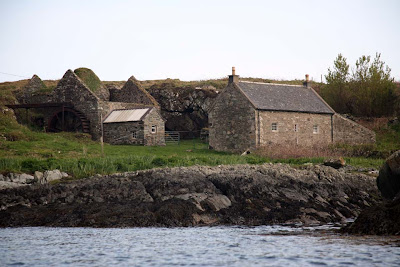 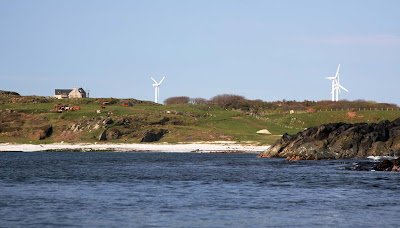 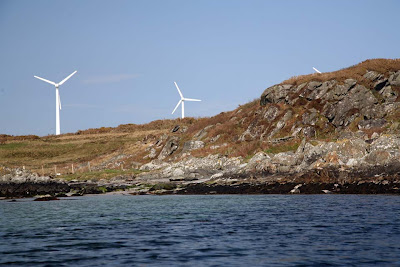 The 21st century wind farm to the NE of Leim farm, Gigha.

The building of these mills on Gigha was separated by several centuries. The large watermill was for grinding grain produced by the fertile pastures of the island. It was driven by water from the Mill L0ch which is situated 22 metres above the height of the mill. Gigha was an exporter of grain and the skerries offshore allowed grain boats to land in shelter below the mill. Today the rusting wheel no longer turns and the millstones lie still. Due to its historic importance, the mill is a grade C listed building.

In contrast, the rotors of the "Three Dancing Ladies" of Gigha turn steadily in the breeze that near constantly blows over the isle. They form the only community wind farm in Scotland. 100% of the island's population voted for their installation. Construction was completed in December 2004. Since then they have produced about 2.1 gigawatt hours of electricity per year which is about two thirds of the Isle's annual needs.

The scale, economy and rationale are quite different from the same criteria of the proposed wind farm on Lewis.
Posted by Douglas Wilcox at 8:47 am 2 comments: