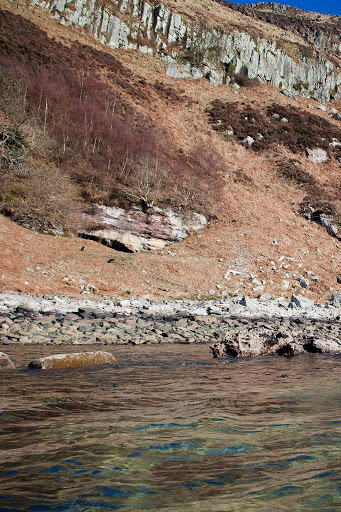 Under an overhanging cliff on the west side of Holy Island, we spotted a cave. 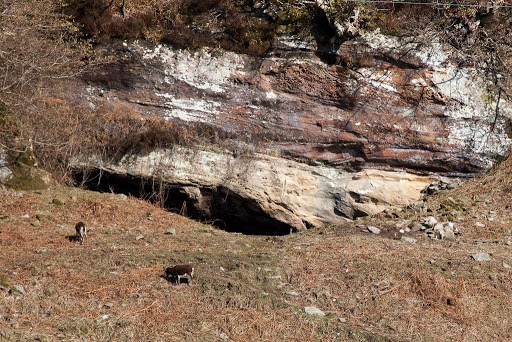 It is the cave of St Molaise who established a Christian retreat here in the seventh century and lived in this cave for ten years. Over the years a number of species have been introduced to the island. These Soay sheep and Saanen goats have taken possession of the cave and St Molaise would not find it a very pleasant place now. 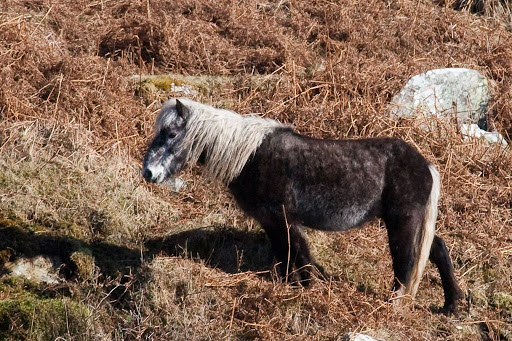 Eriskay ponies are another of the introduced species and one of my friends was warned by a monk that the ponies are savage and aggressive. In fact they are very calm and docile animals. 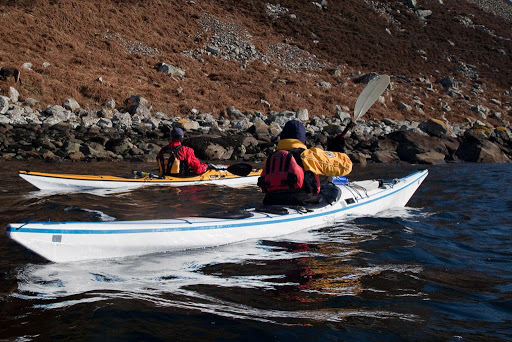 The steep sides of the island tumble straight into the sea in a boulder field but there is actually a lovely grassy path that winds its way in and out of the rocks above the beach. 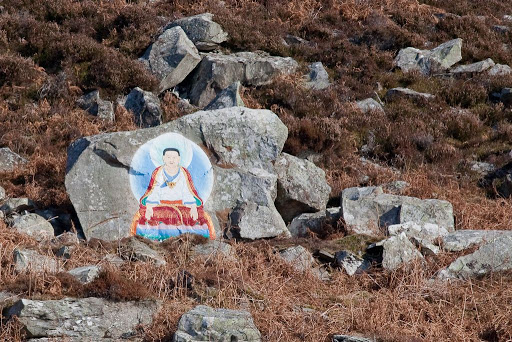 The monks have painted colourful images on some of the boulders by the path.
Posted by Douglas Wilcox at 8:23 am 2 comments: